THIS STORY HAS BEEN FORMATTED FOR EASY PRINTING
Destinations

New Orleans focuses on the visual 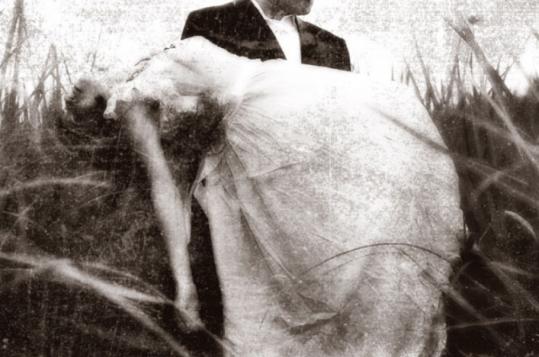 “Tyranny of the Innocent’’ by Louviere + Vanessa, on display in PhotoNOLA.
November 15, 2009

PhotoNOLA: New Orleans usually celebrates its music, but this festival is all about the visual arts. Events include book signings, demonstrations, and lectures from professional photographers and photo exhibitors such as Casey Kelbaugh, who will chat about nontraditional ways to get your photography out into the world. Artists on display will include Louviere + Vanessa, an artist team that makes weird, beautiful images inspired by paintings and hallucinations, and David Halliday’s haunting portraits and landscapes. There’s a full schedule of PhotoNOLA events online. If you want to get social, we recommend getting a ticket to the benefit and party auction on Dec. 10. Locations vary. 504-269-9740, photonola.org/photo-nola-2009

Holiday Ale Festival: Merry Christmas. Want a beer? You can get one in Portland (the one that’s far away) at the city’s annual beer festival, which is meant to warm you up once it’s cold. There should be more than 50 beers on tap, including Alaskan Barley Wine and something called Papa Noel’s Special Reserve. There will also be a few rare brews such as the Samichlaus Bier, which is brewed only once a year. Plus, there’s usually a fantastic display of Christmas trees. Pioneer Courthouse Square. $20 to taste. www.holidayale.com

Passport to the World New Year’s Eve Ball: There are good New Year’s Eve parties all over the country, but this one offers the chance to travel the world in one night. There are rooms decorated to make you feel as though you’re in Asia, Europe, the North Pole, and New York City. There are also rooms meant to make you feel like you’re back in time - the 1970s, to be specific. How do the party planners accomplish all this in one space? It helps that the venue is 30,000 square feet. That’s more than enough room to travel through space and time. Western St. Francis, $95 to $250 for table service. www.alistsf.com

Palm Springs International Film Festival: Details are being finalized - you can’t even buy tickets until the end of next month - but we already know that Anna Kendrick, the young actress who is in “Twilight’’ and George Clooney’s new movie “Up in the Air’’ (she’s getting Oscar buzz for that one), will be on hand to receive the Rising Star Award. The opening-night gala, which always draws risen stars, is big bucks (thousands), but you can get a seat to closing-night festivities for only $50. And really, all most people want to do is hit the screenings, which are usually very affordable. www.psfilmfest.org

Chocolate Festival: Need we say more? It’s an event celebrating all that is chocolate. It’s in Texas, which means it will be warm - warmer than here, at least. Night one is a grown-up silent auction and dinner event at La Buena Vida Vineyard in Grapevine. The next day is a family affair, where visitors can sample bites from more than 20 chocolatiers and arts and crafts at the Palace Arts Center. www.grapevinetexasusa.com

Events are sometimes canceled, rescheduled, or sold out; check online. Meredith Goldstein can be reached at mgoldstein@globe.com.