Serendipity, surprise, and 'the B side' 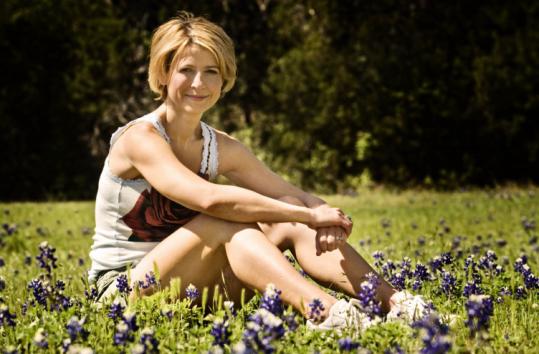 Samantha Brown, host of the Travel Channel's Passport series, was in the area recently filming two episodes for her "Passport to Great Weekends." The new shows differ from her others ("Passport to Latin America," "Passport to Europe," and the upcoming "Passport to China") because they focus on weekends in US cities.

On her tour of New England, Brown, who grew up in New Hampshire, entered a sausage-eating contest in East Boston, watched a horse race and interviewed a trainer at Suffolk Downs, went swing dancing in Medford, and stopped by Kelly's Roast Beef in Revere. On the Cape, she braved whale-watching and tea-dancing in Provincetown, checked out an oyster farm in East Dennis, and attempted fly-fishing in Chatham. To see where else Brown visited, watch her new series, which airs Thursdays at 10 p.m.

We caught up with Brown at a hotel on Tremont Street, on a break from her filming schedule.

Q. Did you always love to travel? Did you travel with your family as a kid?

A. I went with my family to Cape Cod and to Old Quebec. In college, I never thought I'd be able to travel. I didn't have the money to study abroad. My job is better than I can fantasize.

Q. Before getting this job, where was the most far-flung place you visited on your own?

A. Paris. In my early twenties I did a greatest-hits-of-Europe tour.

Q. Tell me more about "Passport to Great Weekends." How is it structured?

A. Each episode has a theme. We're not giving a tour of an entire city. For example, it's not all of Boston - it's a part of Boston. I love Kelly's in Revere Beach because everyone can go there. It's accessible. I want to show that travel isn't an elitist activity.

Q. Have you ever balked at a destination slated by the producers?

A. I'll go anywhere. For this weekend series, we looked at a map of the United States and picked the "greatest hits" cities like New York and Chicago. Then there's what I call "the B side" - lesser destinations like Brooklyn and Cody, Wyo.

Q. When the shoot is done, do you ever find the time, or the desire, to explore on your own? Like, have you ever seen an interesting street or a shop that's not on your agenda and said, "I have to go back there," and then you have?

A. That's very rare in this series, because we're concentrating on weekend getaways. In Europe and China, I had a day to explore on my own. I would wander a city, like Lyon, with a map tucked in my back pocket, though I wouldn't really look at it. I'd walk for five or six hours. I like to get to know a city on its own terms.

Q. So, serendipity is a factor in the way you travel?

A. Yes. The places you discover on your own become your discovery - even though they're already in a book. I always advise people to take a city in with no particular agenda. The experience of travel is learning about yourself through others. After eight years of doing this, monuments and museums become less important to me. Sitting in a small cafe and talking to people is more important.

Q. Since I'm not on camera when I'm working, I can occasionally be grumpy when I travel. Do you find it hard to be cheerful all the time?

A. I always have to be "on." But my job is about making connections with people. I can be having a bad morning in my hotel and yet everything changes when we're on the shoot and I make a connection.

Q. As a travel reporter myself, I know this isn't always the glamorous life it seems. What's the hardest part of your job?

A. Not having a personal life. I'm conducting a marriage over the phone and am missing birthdays, weddings, and reunions. That's why, for me, it's all about people. It would be a lonely job if I didn't connect with people.

Q. I see you were married two years ago. How often do you get home, or does home come to you?

A. I travel 230 to 240 days a year. Thankfully, I have a very understanding husband. We already were friends, so he married into all this. Now that we're filming in the United States, he can occasionally join me.

Q. When you aren't working, do you have any desire to travel, or do you want to stay home and paint bookcases?

A. I don't want to see an airplane on my time off. I want to organize my sock drawer and eat peanut butter and jelly sandwiches. I love being home in Brooklyn.

Q. Speaking of home, you know how it is when your favorite neighborhood restaurant gets a review and then you can't go there anymore because the place is overrun with foodies? Well, have you ever found a really wonderful place - something either secluded or off the beaten tourist track - and then felt bad that you're telling the entire world about it? Should some places remain private?

A. Mainly, we want to show a place off and let success happen. There was only one time when I held back information, when I didn't reveal the name of my family's favorite beach in Maine. We went there and I called it a generic "beach in Maine."

Q. What's your snack food weakness when you're tired and on the road?

A.I always have a jar of peanut butter in my luggage. I can get bread or an apple to put it on. It's comforting and happy.

Q. What was the weirdest thing you ever had to eat on camera?

A. A guinea pig in Peru. It wasn't a filet. It came out as a charred whole guinea pig with little teeth.

Q. What surprised you most on your trip to China?

A. They served Lipton tea - in a teabag! I wasn't even in a tourist area. What's amazing about China is it's the opposite of everything. With my blonde hair I can't blend in. It's very freeing. It can be expensive to get there, but once you're there everything is inexpensive.

A. There are places you connect to and you don't know why. I was smitten with Granada, Nicaragua. It's laid-back and safe and I walked all over. People were very friendly. Also, Berlin. It's an amazing feeling to be in a place that is changing at that moment you are there. For the States, I'd say Montana. Every American should go there. We are young as a country but the land isn't young. The landscape is incredible.

Q. You've been in dozens of countries in the past 10 years. Do you ever wake up in the middle of the night and have absolutely no idea where you are?

A. All the time. I once walked into a hotel room that wasn't mine to take a shower. The housekeeping staff came in and said, "Is this your room?" I once broke my nose walking out of a bathroom at night. And here in Boston, I went into my adjoining room and the door slammed shut and locked behind me. From the hallway, my room was double bolted from the inside. I did this twice!

Q. Um. What were you wearing?

A.Not much. Luckily the adjoining room was the wardrobe room.

Necee Regis can be reached at neceeregis@gmail.com.