NE Connection: Quick plays on the Los Angeles Kings when the NHL is in season, but he was a stellar goaltender at the University of Massachusetts. Quick was born in Hamden, Conn.
Bio: Quick led Avon Old Farms Prep in Connecticut to two New England Prep School Championships before attending UMass. He helped the Minutemen appear in their first NCAA tournament. He was called up from the AHL on Dec. 16, 2008 and has been on the Kings' roster ever since. He'll likely work as the third goalie on Team USA behind Ryan Miller and Tim Thomas.
Website: Quick's Team USA page 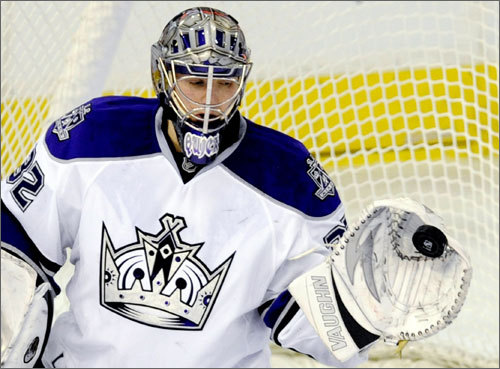