John Havlicek's nickname, Hondo, was inspired by the John Wayne movie of the same name. Havlicek starred for the Celtics for 16 seasons and had a history of coming through in big games.

He revolutionized the "sixth man" role and leding Boston to NBA championships in 1974 and 1976 as their captain.

He played on eight Celtics championship teams overall and his versatility made him perhaps the finest all-around player in the history of the NBA, according to Sports Illustrated.

In 1,270 regular-season games, Hondo scored 26,395 points and averaged 20.8 points to rank as the Celtics' career leading scorer and top scorer in NBA history, although he has since been passed in the NBA list.

Late Celtics broadcaster Johnny Most made a famous call describing the closing seconds of Game 7 of the 1965 Eastern Conference Finals between the Celtics and the Philadelphia 76ers: "Greer is putting the ball into play. He gets it out deep… Havlicek steals it! Over to Sam Jones. Havlicek stole the ball! It's all over! Johnny Havlicek stole the ball!" And the Celtics would go on to capture their seventh consecutive championship. 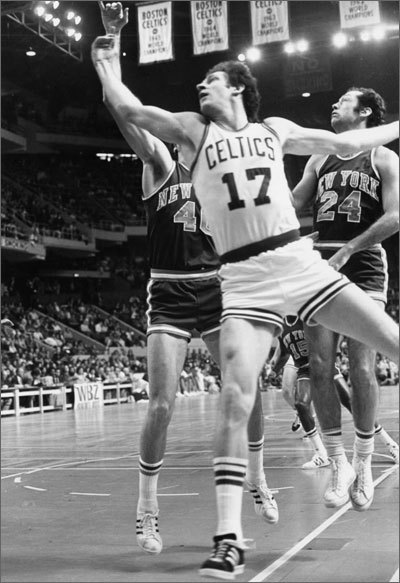