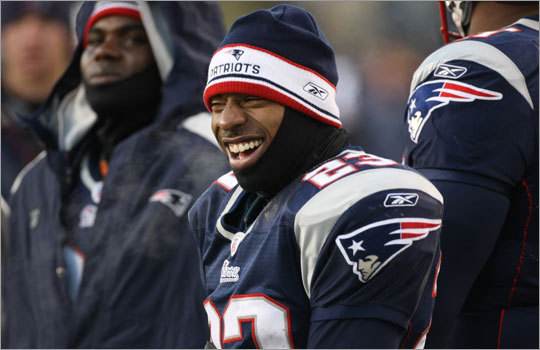 It's never a good sign when you're an NFL player and you have more offseason arrests (two) than career touchdowns (one). That was the case for Willie Andrews, and now he's no longer an NFL player.

The Patriots released Andrews yesterday, one day after the 24-year-old defensive back was arrested after allegedly brandishing a gun at his live-in girlfriend during an early-morning argument at his Mansfield apartment. Andrews was arraigned Monday on charges of assault with a dangerous weapon and unlawful possession of a high-capacity handgun, both felonies.

He will be in Attleboro District Court tomorrow for a dangerousness hearing, at which time Bristol County prosecutors will argue that Andrews, in accordance with the dangerousness statute, should be held without bail for 90 days while he awaits trial.

The 23-year-old alleged victim, who called 911 to report a domestic dispute, told police Andrews waved a gun at her and at one point put it to her head during their argument, which she told authorities started when she accused him of cheating on her. Police recovered a Glock .45-caliber handgun they believe was used in the dispute next to a dumpster in Andrews's Connors Avenue apartment complex.

Andrews's latest arrest came less than two months after he avoided a conviction on a marijuana distribution charge, which stemmed from his arrest in Lowell Feb. 5, two days after the Patriots' season ended with a 17-14 loss to the Giants in Super Bowl XLII. Andrews, who was found with a half-pound of marijuana, no means to smoke it, and $6,808 in cash, pleaded to possession, and a Middlesex County judge continued the case without a finding for a year May 9.

During a late May passing camp, which he participated in, Andrews had expressed his appreciation for coach Bill Belichick standing by him following the marijuana charge after the defensive back explained his side of the story.

The Patriots were not as understanding with Andrews this time, probably in part because the case involved alleged domestic violence. Owner Robert Kraft and his wife, Myra, are advocates for domestic violence prevention.

Spokesman Stacey James said the Patriots would not be making additional comments on Andrews's release. On Monday following Andrews's arrest, the team released a statement saying it takes the conduct of its players "very seriously."

The 5-foot-10-inch, 190-pound Andrews, who was selected by the Patriots in the seventh round of the 2006 draft, was entering his third season. A reserve safety, Andrews made his impact on special teams, where he was a kickoff returner and played on coverage units. Andrews totaled one defensive tackle, 23 special teams tackles, and returned four kickoffs for 149 yards and a touchdown in two seasons.

Last year he played in 15 games and had eight special teams tackles. He scored his only career touchdown on a 77-yard kickoff return in a 49-28 win over the Dolphins Oct. 21.

The gun-related charges are a potential violation of Andrews's probation in the marijuana case, which fell under the jurisdiction of the Middlesex County District Attorney's Office. Corey Welford, a spokesman for the Middlesex County District Attorney's Office, said a probation warrant has been issued for Andrews and he will be ordered to stand before a judge in Lowell for a possible probation violation.

Under the terms of the continuance, if Andrews is out of the NFL, he must report to probation for random drug tests.

In addition to releasing Andrews, the Patriots announced the signing of sixth-round draft pick Bo Ruud. The inside linebacker out of the University of Nebraska was the 197th overall pick in the draft. The 6-3, 235-pounder was a three-year starter at Nebraska and finished his career with 216 tackles and 4 1/2 sacks. He was a two-time second-team All-Big 12 selection. 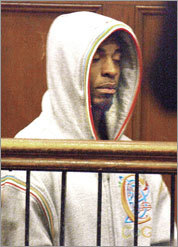