Don't count out Brown just yet 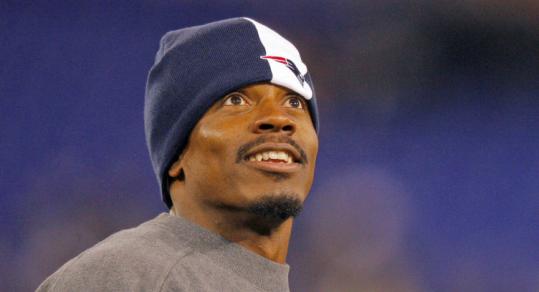 Troy Brown's playing days may not be over just yet. A source close to the veteran wide receiver said Brown hasn't made a decision about whether he'll try to return for a 16th season, and that an announcement is not expected soon.

Most had assumed Brown, the Patriots' all-time leader with 557 receptions, would quietly retire following a season in which he didn't catch a pass, played in just one game, and wasn't active for the Super Bowl.

"He feels great. He feels he can still play and still contribute," said the source. "Obviously, he would have liked to have played more than that one game he played. I don't think he's decided whether he's playing or not playing. A lot depends on what the Patriots do."

Following knee surgery last offseason, Brown missed all of training camp and was on the reserve/physically unable to perform list for the first 11 games of the season. He was activated from the PUP Nov. 27, but his only action came as a punt returner in a 28-7 victory over Miami Dec. 23, when he returned six for 55 yards.

Brown, who turns 37 in July, misjudged a punt in that game and it hit off his facemask for a turnover.

The Patriots already have seven receivers under contract - including C.J. Jones, who spent last season on the practice squad - after officially announcing the re-signing of Jabar Gaffney yesterday.

Last season, Gaffney, who caught 36 passes for 449 yards and a career-high five touchdowns, played in all 16 games with seven starts. He tied for fifth on the team in receptions and ranked fourth in TD catches. Gaffney caught 24 of his 36 passes in the final seven games of the regular season.

"Jabar is a good fit for our offense," said coach Bill Belichick. "He has been a versatile and dependable player who steps up in whatever role is asked of him."

The source close to Brown indicated it shouldn't be assumed that the choices for Brown, a free agent, are returning to the Patriots or retiring. As hard as it would be to picture Mr. Patriot in another uniform, it could happen if Brown wants to play and the Patriots can't accommodate him.

"If you still have the desire to play and there is not the opportunity to play [in New England], you can't just say, 'I'm going to sit this one out,' " said the source. "This thing only comes around once."

Calls for comment from Brown's agent, Gary Uberstine, were not returned.

Seward has primarily been a backup (31 games, two starts) over three seasons for the Panthers, who play a 4-3 alignment. In New England's 3-4 scheme, the 6-foot-2-inch, 248-pound Seward would project to play inside.

The Panthers gave Seward a low tender as a restricted free agent. That means if the Patriots sign him to an offer sheet - and the Panthers don't match - it would cost New England a fifth-round draft choice, the round in which Seward entered the NFL in 2005.

The Patriots' interest in Seward likely has some ties to his college career at UNLV, when he played inside in a 3-4 defense. Seward also might have caught their eye in the 2007 exhibition season. In the Patriots' 24-7 victory over the Panthers, Seward had five tackles. He is also considered a strong special teams player.

The Patriots agreed to a one-year contract with safety Tank Williams. The 6-2, 225-pound Williams, whose first name is Clevan, played in 13 games last season for the Vikings, making two starts. He was credited with 18 tackles. A Stanford product, Williams was a starter for the Titans from 2002-05 and has five career interceptions. He signed with Minnesota in 2006, but missed the entire season when he fractured his left kneecap during training camp . . . Free agent safety Eugene Wilson was in New York yesterday meeting with the Jets. He was scheduled to go to Nashville today to visit with the Titans. He is also talking to the Buccaneers and Steelers . . . Cornerback Jason Webster will make $730,000 in base salary under the one-year deal he signed with the Patriots Tuesday.

Mike Reiss of the Globe staff contributed to this report; Christopher L. Gasper can be reached at cgasper@globe.com.