Called "remarkable ambassadors of the human spirit" by the CEO of the Vancouver organizing committee, over 500 athletes from 44 countries made the 2010 Paralympic Games memorable. Russian athletes took top honors with 12 gold medals and 38 medals overall. And in perhaps the biggest upset of the games, host Canada's ice sledge hockey team failed to even medal after winning gold at the last games. Organizers hope the future holds promise for adding several new events, including snowboarding, ski cross, bobsleigh, luge, a standing version of hockey, and long track speed skating. ( 28 photos total) 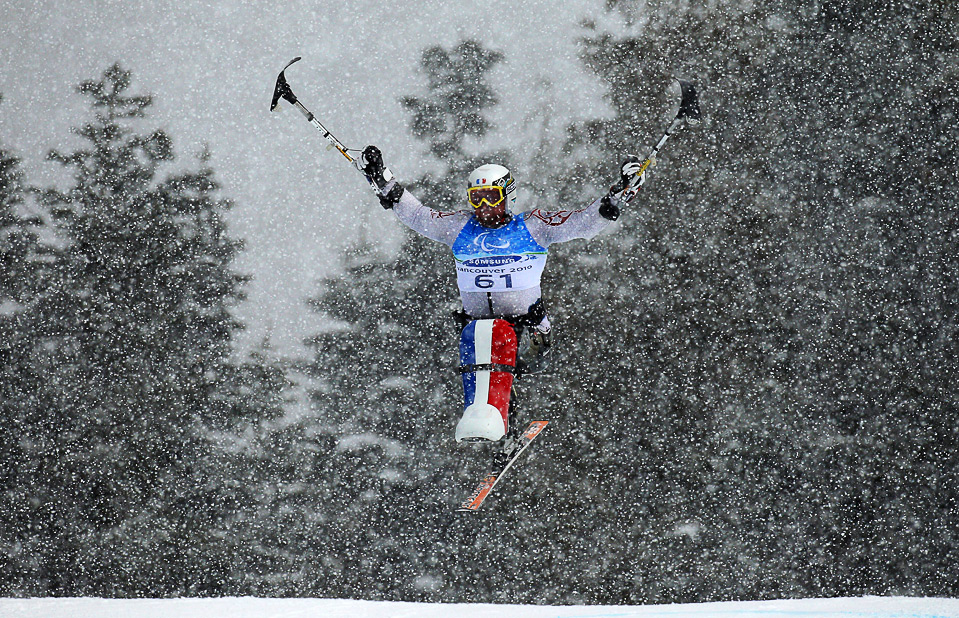 Yohann Taberlet of France practices during a training run for the downhill sitting prior to the 2010 Vancouver Winter Paralympics at Whistler Creekside March 10 in Whistler, Canada. (Quinn Rooney/Getty Images) 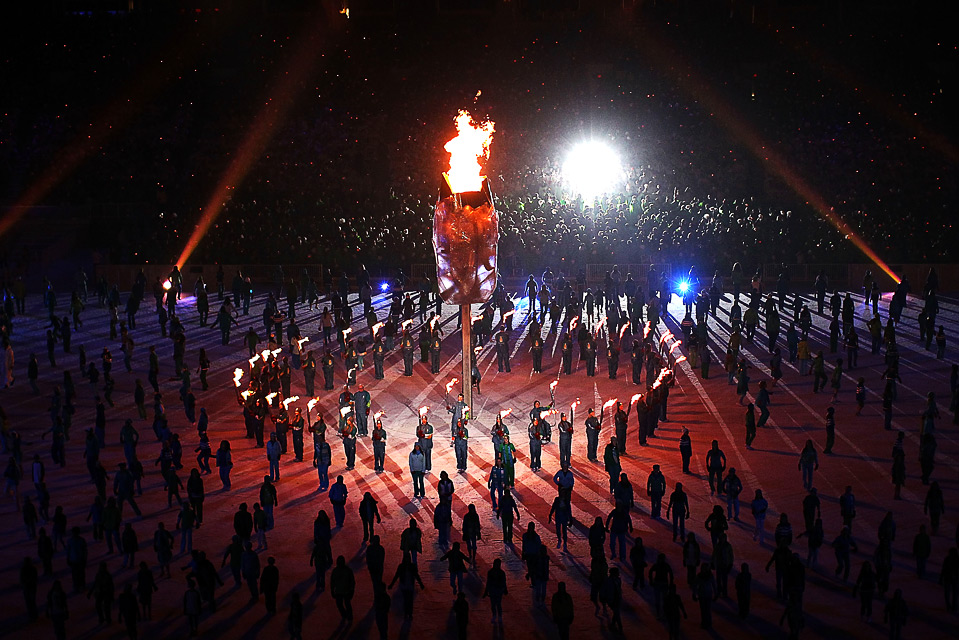 2
The Paralympic flame burns as the torch relay takes place during the Opening Ceremony at BC Place March 12 in Vancouver. (Hannah Johnston/Getty Images) # 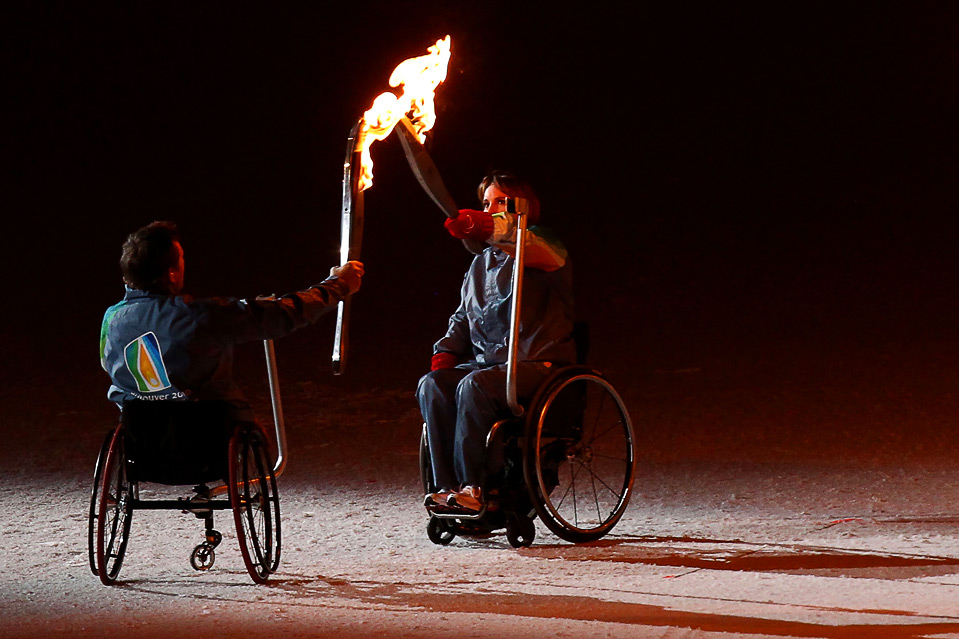 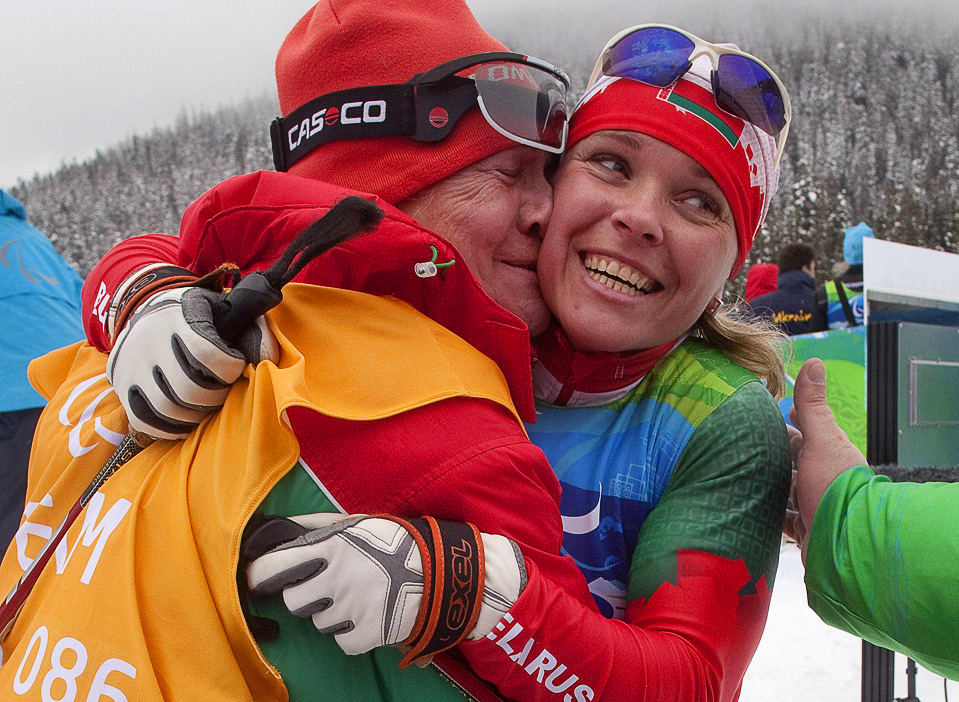 4
Liudmila Vauchok (right) of Belarus is embraced by her coach after she won gold during the women's 10km cross-country March 14. (REUTERS/Andy Clark) # 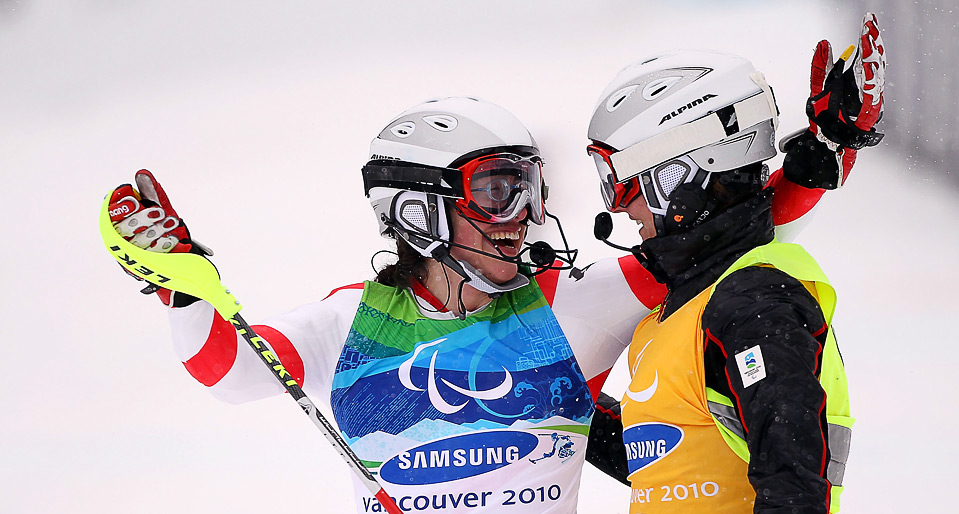 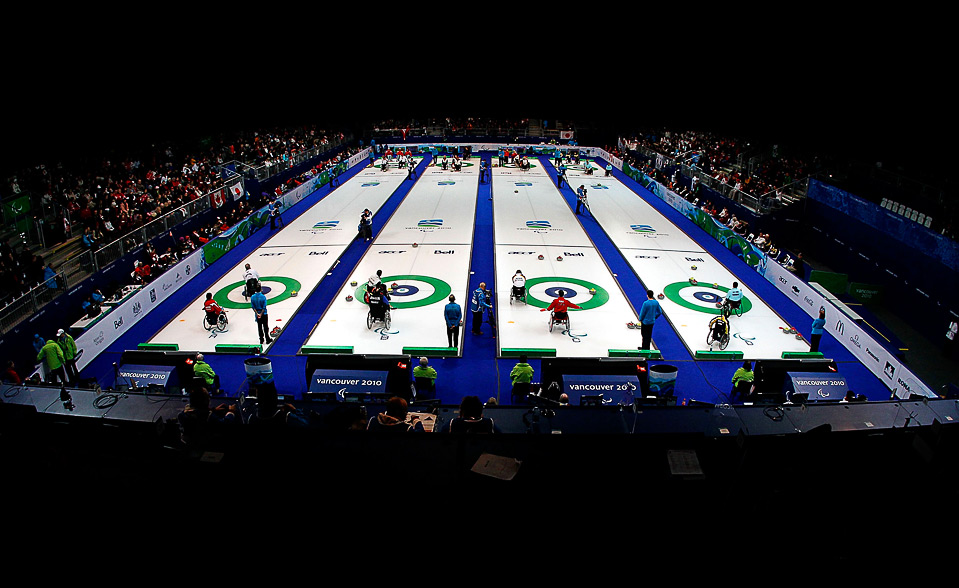 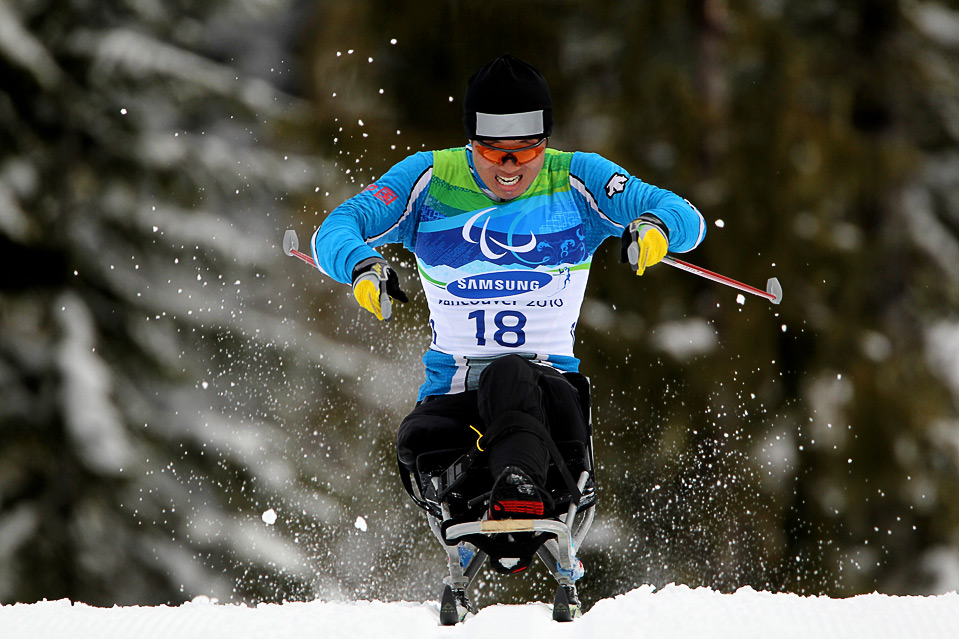 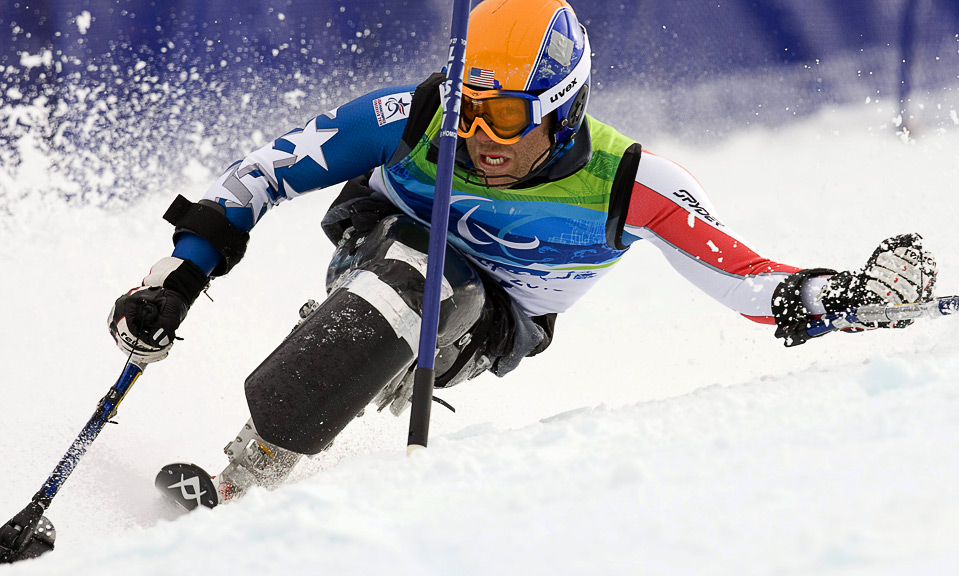 8
Tyler Walker of the US skis during the sit-ski slalom March 14. (AP Photo/The Canadian Press/Jonathan Hayward) # 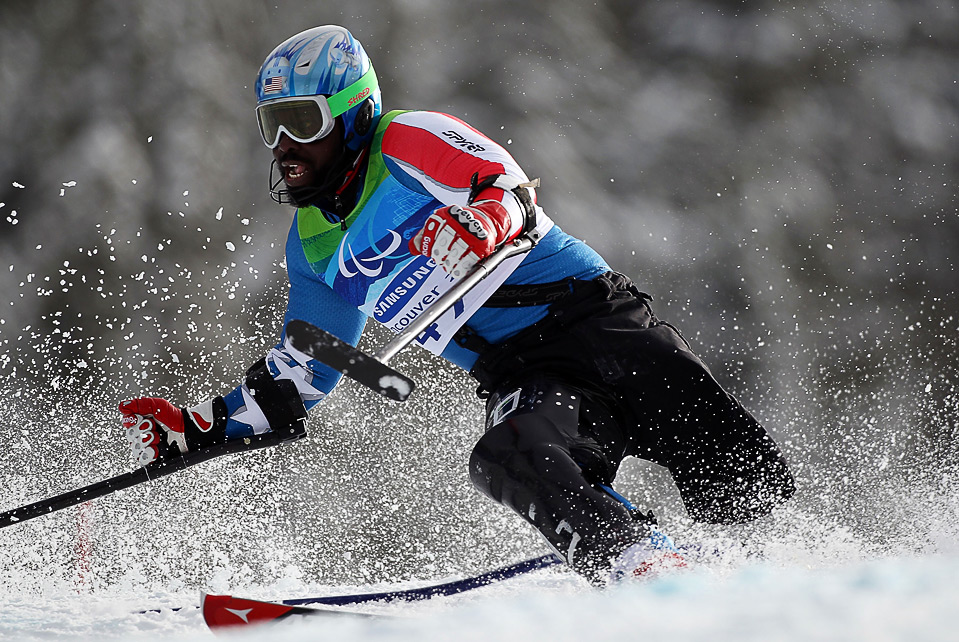 9
Ralph Green of the US competes in the slalom standing event March 15. (Hannah Johnston/Getty Images) # 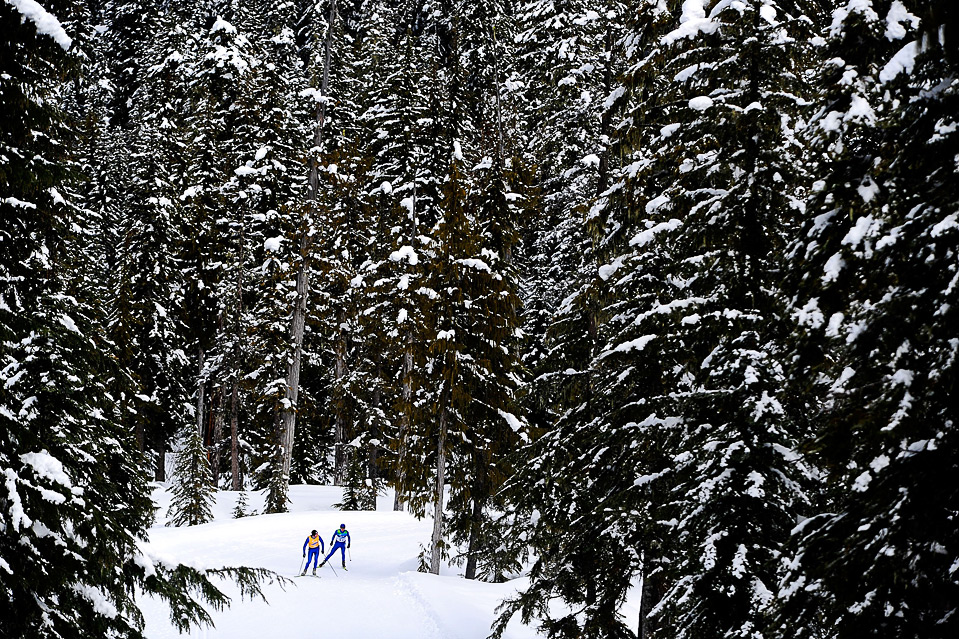 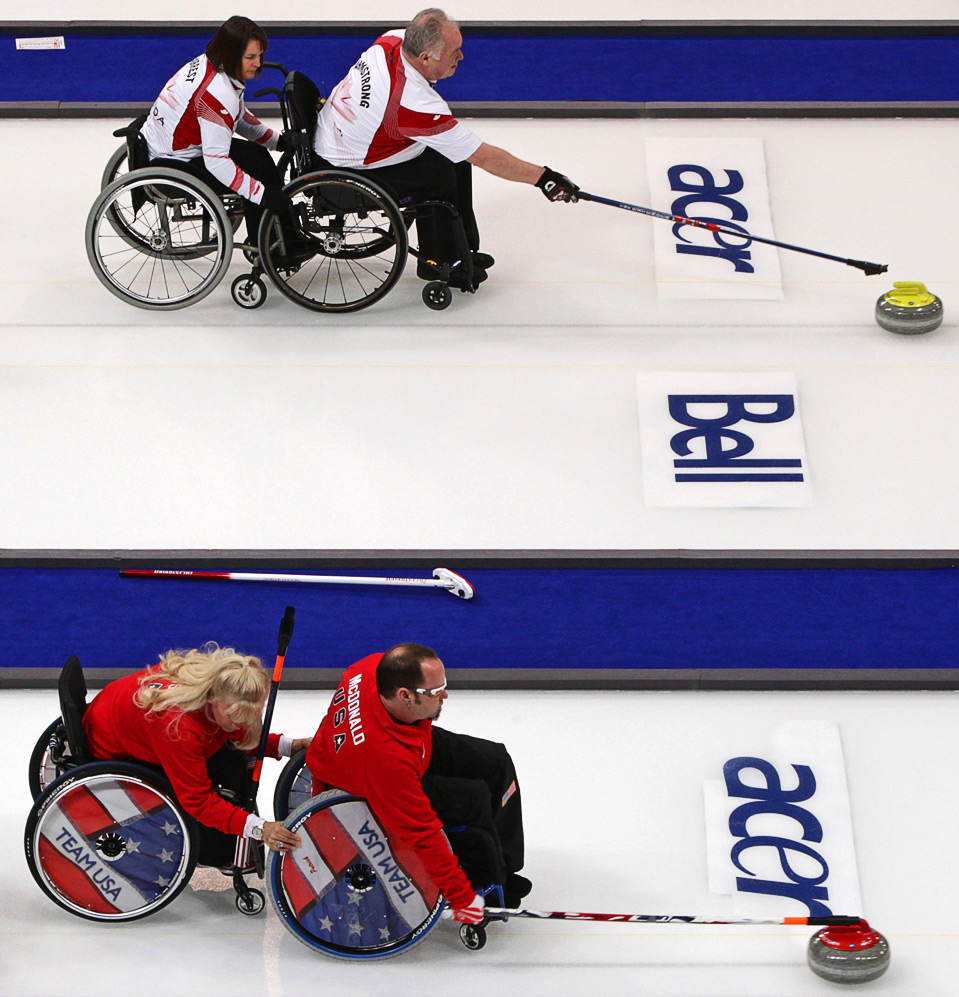 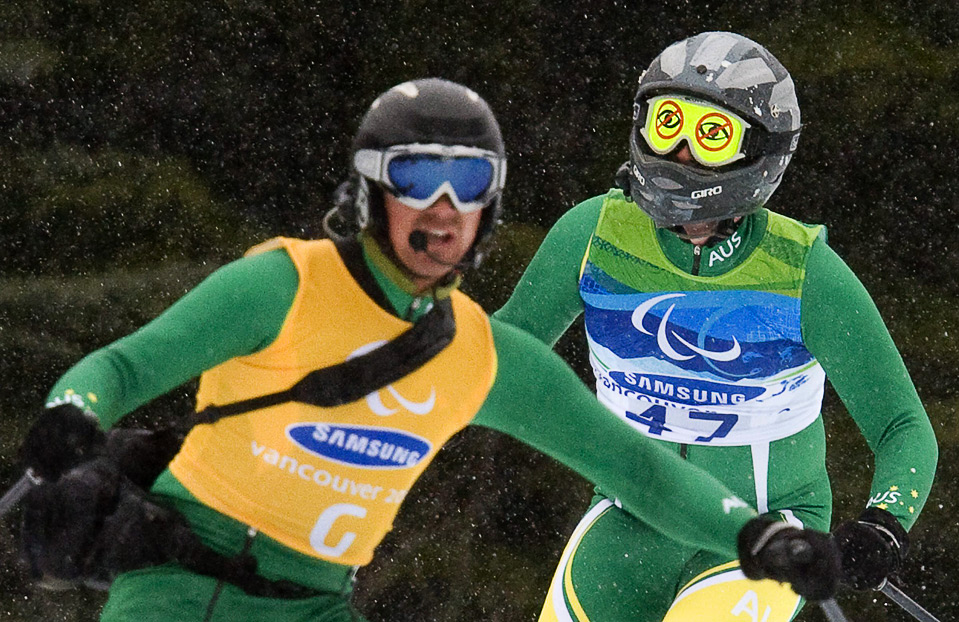 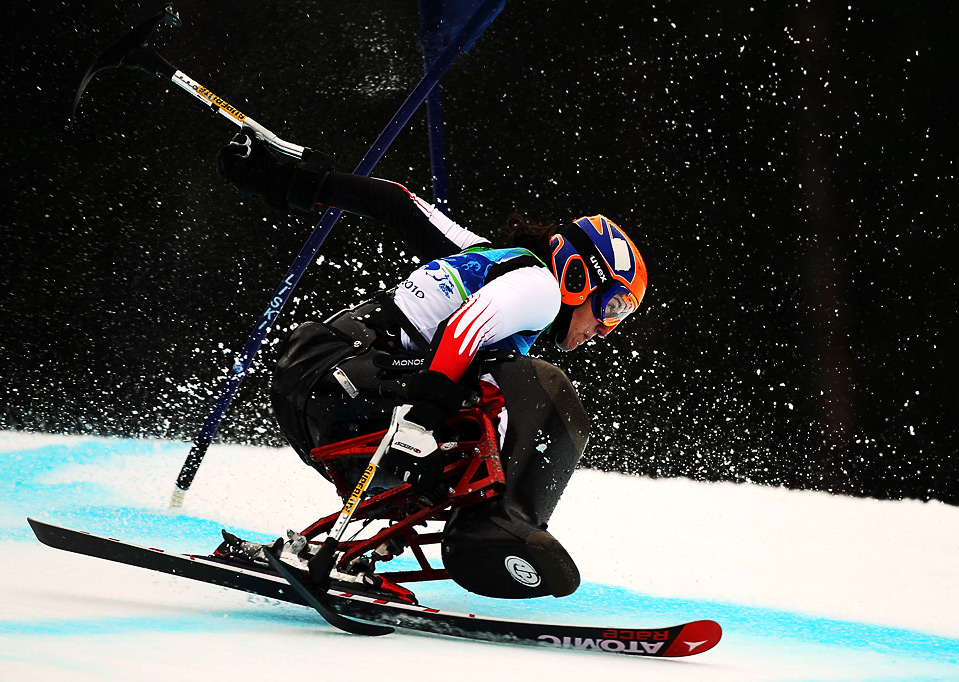 14
Brad Emmerson (left) of the US battles for the puck against Eiji Misawa of Japan during the ice sledge hockey preliminary round at UBC Thunderbird Arena March 16. (Jamie McDonald/Getty Images) # 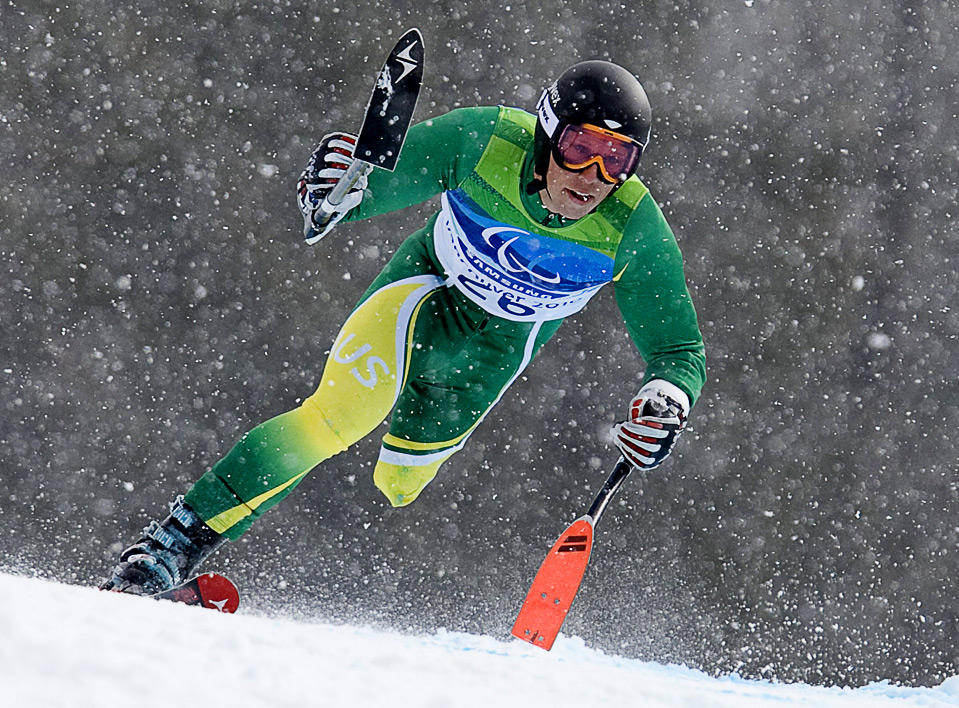 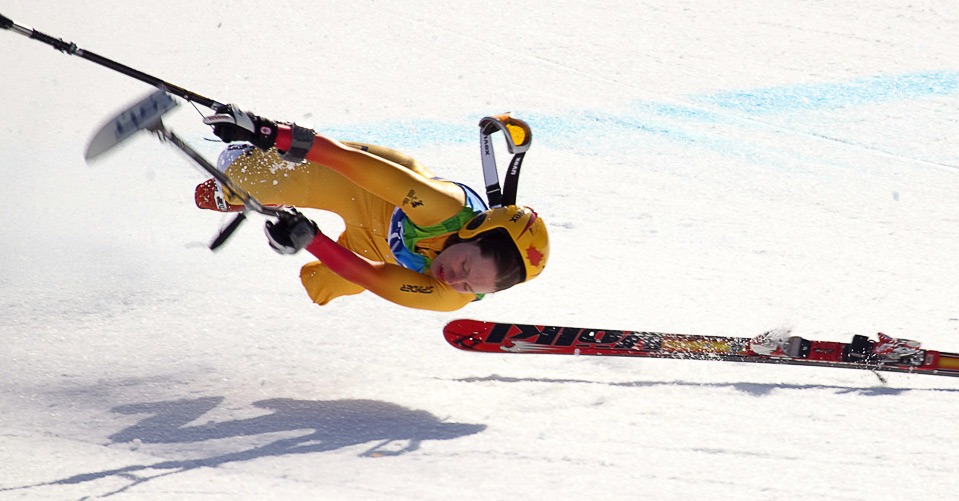 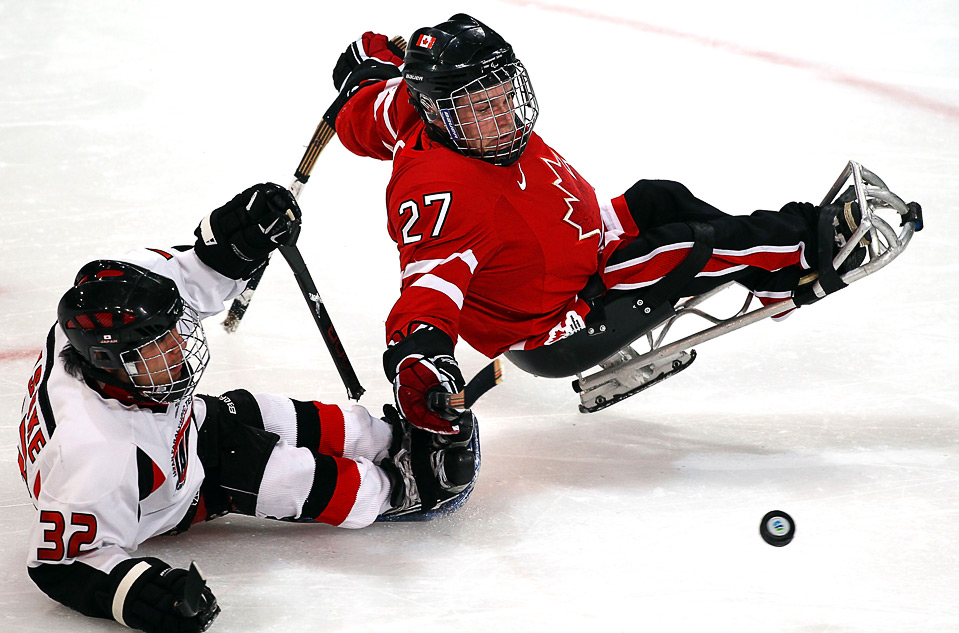 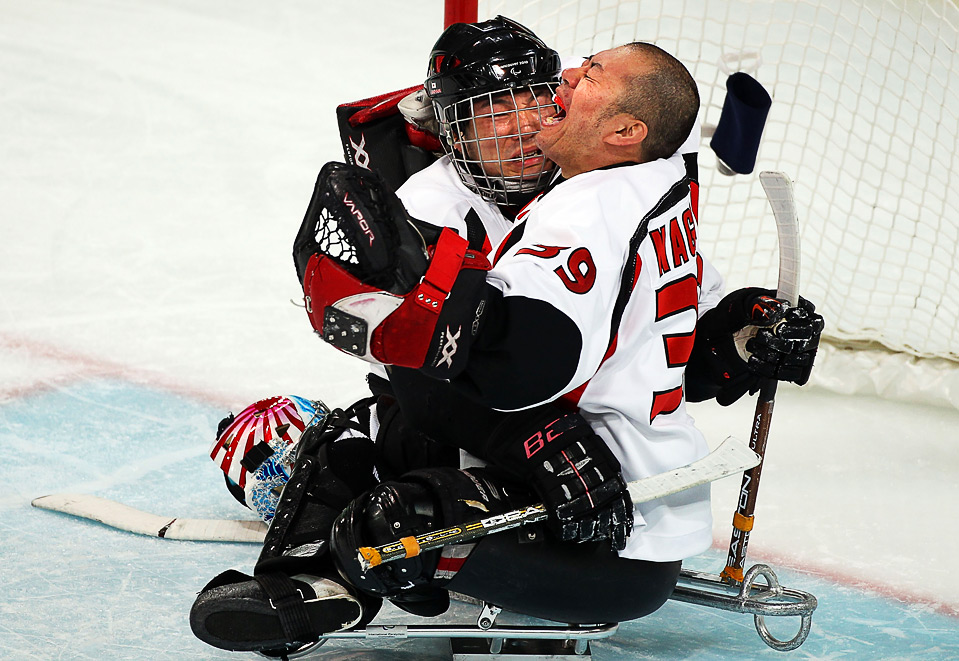 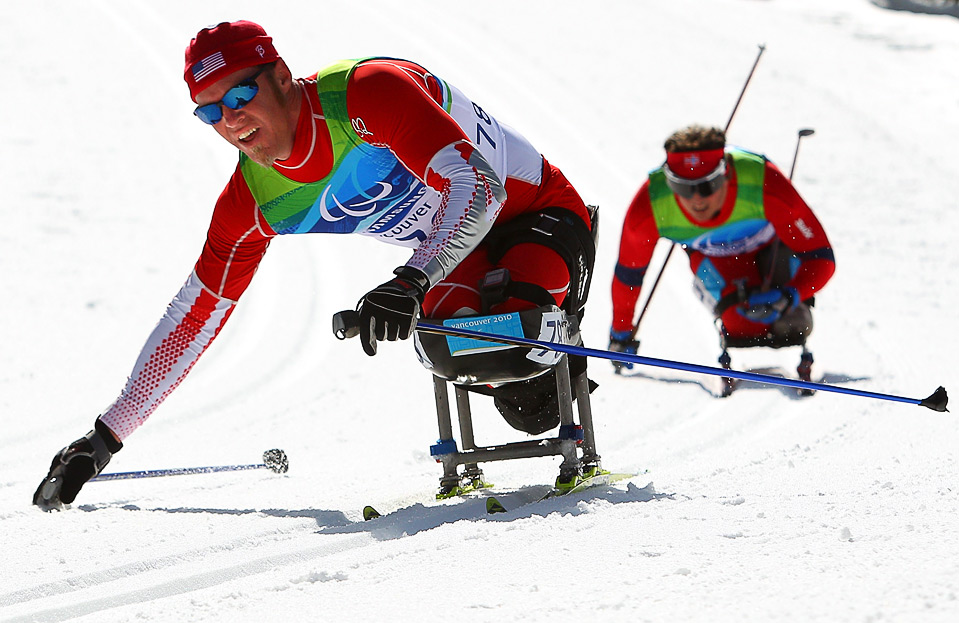 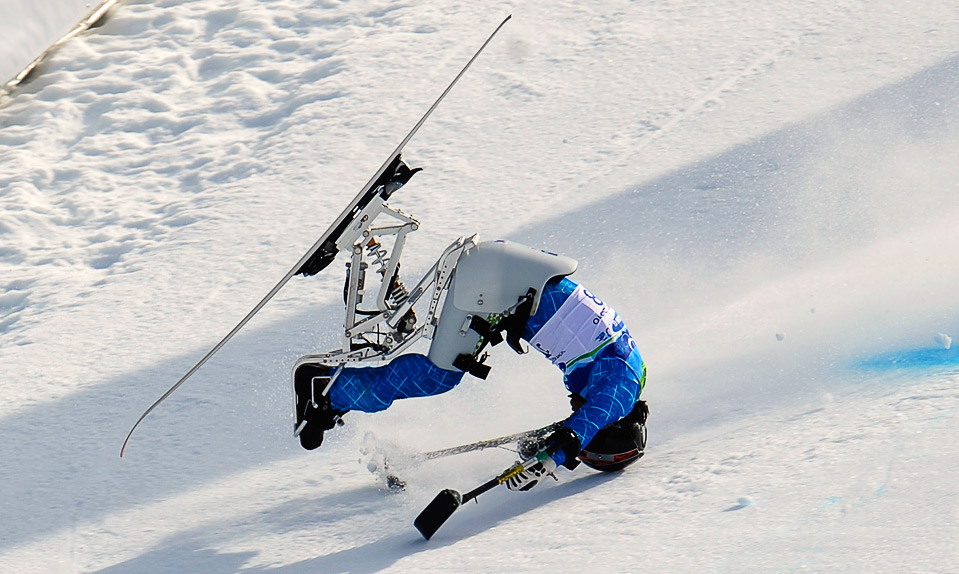 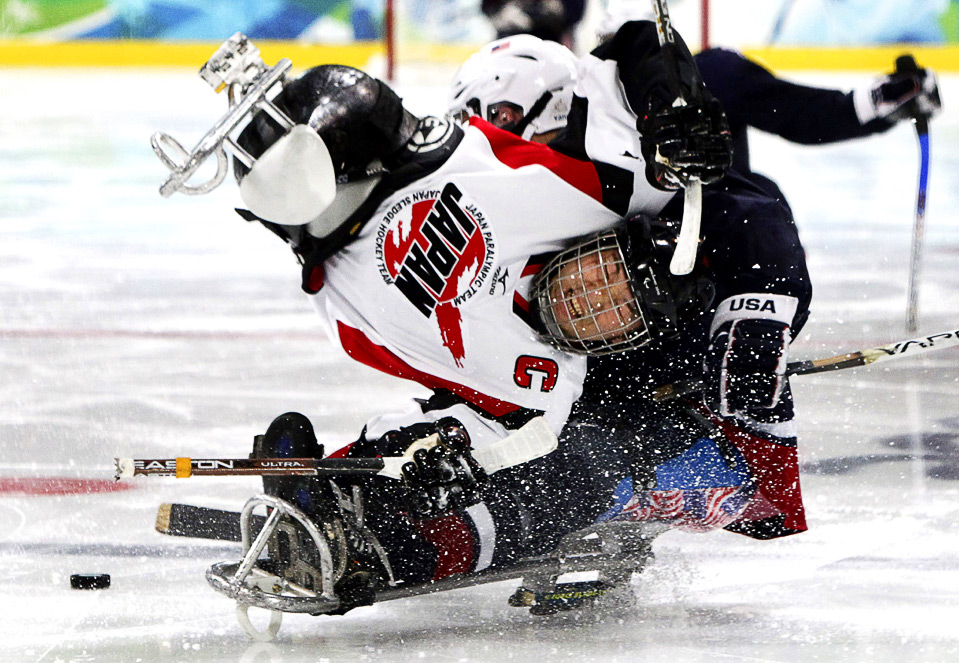 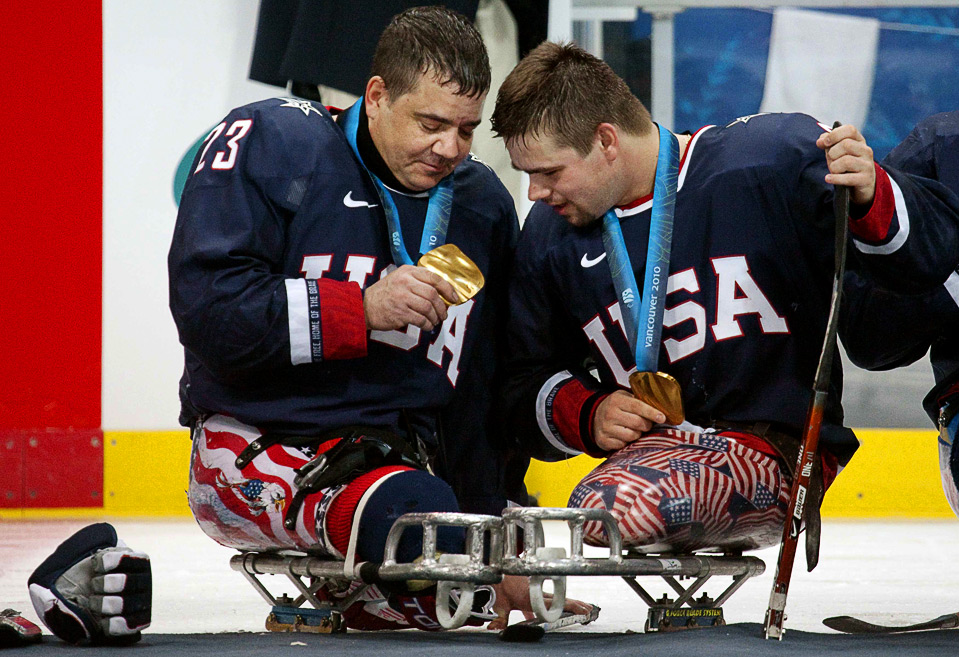 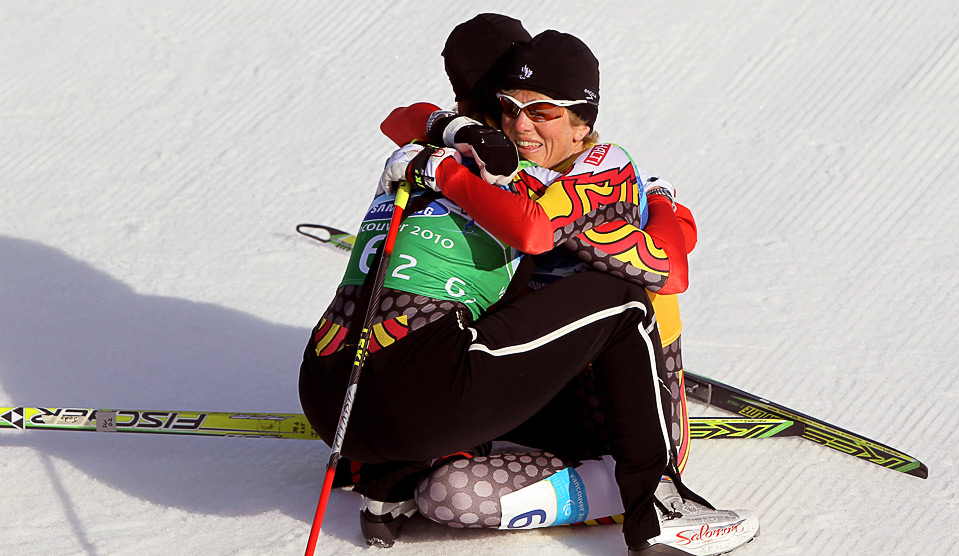 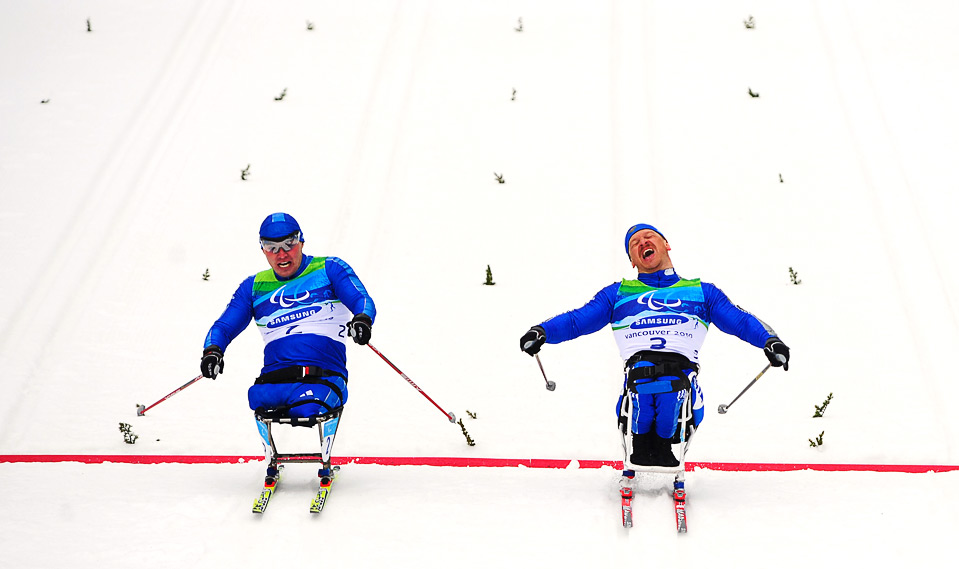 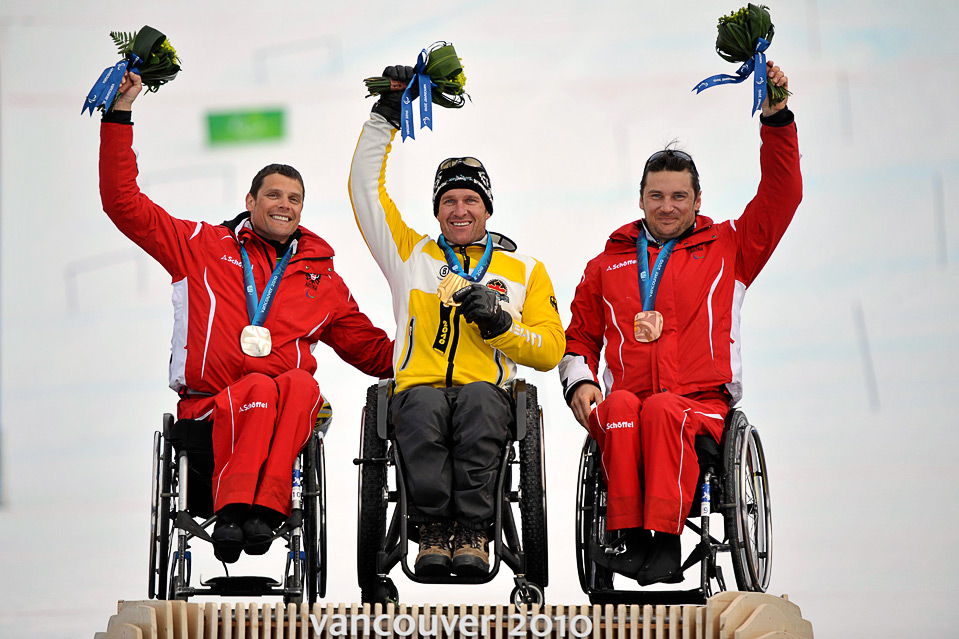 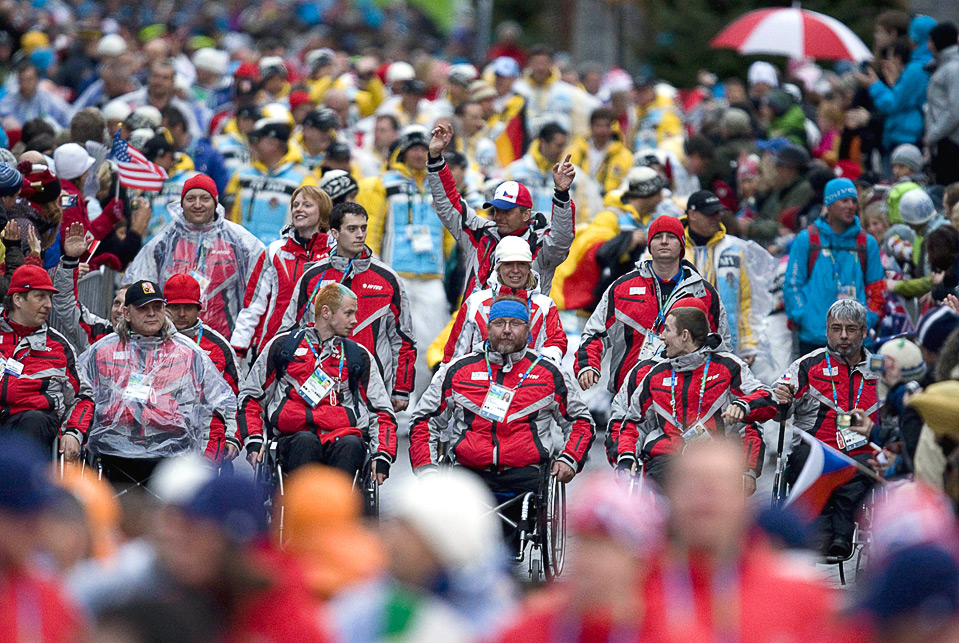 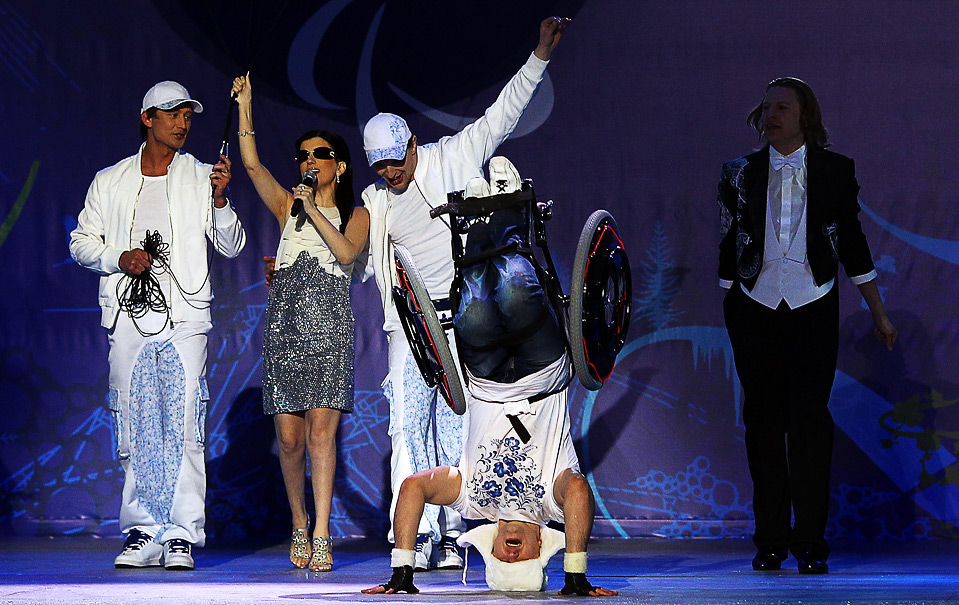 More links and information
Recap of the 2010 Paralympics -
See more great photography at The Boston Globe's photography home page here -
The Natural World: a weekly full-screen gallery of the best photographs in the world showing nature and the environment -
The best pictures of the week from the photography staff of the Boston Globe -
The Big Picture: news stories in photographs -
Sportsshooter.com, the online resource for sports photography -
ADVERTISEMENT
< Back to front page
.

to jdgsc - what is your point?? When you say "we" were you one of the paralympic athletes, I doubt it an athlete would never write like that.
Thanks for sharing these pictures in the Big Shots, enormously interesting and very much appreciated.