Jenks has a second procedure

More fragments taken from back 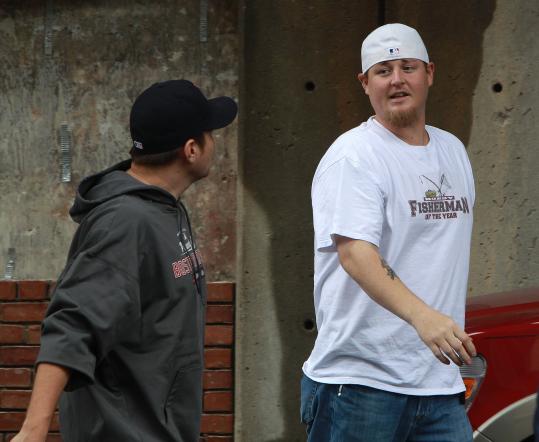 That means Jenks is unlikely to be ready for the start of spring training, according to a major league source.

Jenks, 30, experienced discomfort from bone fragments pressing against a nerve. They were removed in the first procedure at Massachusetts General Hospital. But after some healing, a new area of fragments was discovered, and they were removed at a Phoenix-area hospital.

The normal recovery time for the procedure is eight weeks, which would mean Jenks is back in the flow the first or second week of March.

The righthander is in the second year of a two-year, $12 million deal, and he has had a few medical issues since signing, including a pulmonary embolism that had to be treated before his first back surgery.

Jenks was the White Sox’ regular closer for five years before coming to Boston, where the Red Sox thought he would be their set-up man. While he showed good velocity in spring training and early last season, Jenks’s injury woes began early.

While the Red Sox plan to experiment with Daniel Bard as a starter in spring training, a prolonged setback by Jenks or an injury to Bailey could send Bard back to the back end of the bullpen.

Eye on a Cuban

The Red Sox have scouted and been impressed with Cuban defectors Yoenis Cespedes and Jorge Soler, but they will likely pass on the huge dollars it could take to sign Cespedes and bid instead for Soler, according to a major league source.

Soler is a slender, 6-foot-3-inch, righthanded-hitting center fielder who, at 19, needs more seasoning than Cespedes, who is 26 and ready to step into a major league outfield. His price could be half that of Cespedes.

Cespedes, a righthanded power hitter, would project to be a left fielder at Fenway Park, but the Sox are looking for a righthanded-hitting right fielder.

The money being talked about for Cespedes is well north of $30 million on a four- or five-year deal.

Cubs righty Matt Garza could be in a contending team’s rotation if it is willing to part with three prospects from an “A’’ list, according to a major league source.

The Red Sox, Yankees, and Blue Jays are known to be interested, though none has stepped up its offer for Garza, who could be a difference-maker in a contending team’s rotation.

Cubs president of baseball operations Theo Epstein and general manager Jed Hoyer will sit back and not pull the trigger on anything they feel is short of top-shelf value.

They also could extend Garza and keep him or wait until the trading deadline to move him.

It’s an interesting change of roles for Epstein, who is used to being the one buying. In his rebuilding efforts in Chicago, he will be the one selling and building with young talent to replenish a very depleted system.