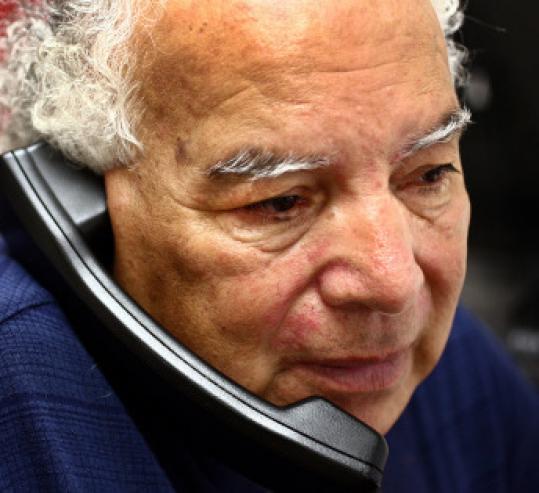 When Angel “Tito’’ Meza was a teenager in 1963, he watched in terror as the Honduran military seized power in a bloody coup. Tanks rolled in the streets, mortars exploded, and soldiers snatched people from their homes, tossing them into trucks and taking them away.

Those dark memories came flooding back yesterday with news that his homeland was engulfed in another military coup - after 27 years of civilian rule - resurrecting a time that thousands of Hondurans in the Boston area had hoped was long behind them.

“I thought we had buried that part of our history,’’ he said yesterday. “But it’s back.’’

Now Meza, coordinator of Proyecto Hondureño, an area nonprofit group, and others are leading a charge to restore democracy in the Central American nation, even as immigrants and their relatives back home express mixed feelings about President Manuel Zelaya, who was expelled to Costa Rica.

Today, Meza and other immigrant leaders plan to hand-deliver letters to the Boston offices of US senators Edward M. Kennedy and John Kerry, asking them to push to restore democracy in Honduras, one of the poorest nations in the Western Hemisphere. They also plan to write to President Obama, who expressed concern over the coup, and Secretary of State Hillary Clinton to urge them not to recognize a military-led government.

The groups are also planning a demonstration Thursday in the Boston area. A location has not yet been selected.

Yesterday Honduran immigrants, many of them naturalized US citizens, made frantic telephone calls to friends and relatives back home. Relatives told them that the electricity had been cut and that government-backed television stations were shut down.

“People are afraid,’’ said Patricia Montes, a native of Honduras and naturalized US citizen who is the executive director of Centro Presente, a nonprofit group in Somerville that aids immigrants. “It brings back the dark days of Central America.’’

An estimated 15,000 Hondurans reside in Massachusetts, with newer arrivals in Chelsea and more established communities in Mattapan, Dorchester, Jamaica Plain, and Roxbury, Meza said. Immigrants, especially in the United States, send home roughly $2.6 billion a year in remittances, more than one-fifth of Honduras’s gross domestic product, according to the US Department of State.

Yesterday, the coup riveted attention on Central America, a region that faded from the headlines in the 1990s after bloody wars ended in Nicaragua, El Salvador, and Guatemala.

It remains a region of widespread poverty and mixed progress.

Though Honduras did not descend into civil war, it experienced military rule in the 1960s and 1970s. A civilian president took office in 1982. He was succeeded in 1986, marking the country’s first peaceful transfer of power between civilian presidents in more than 30 years.

Since then, Honduras has reduced the military’s power, transferred the police from the military to civilian control, and expanded the economy from mostly agriculture to textile and apparel production and other industries, according to the US Department of State.

Now immigrants fear that Honduras is losing its foothold on democratic rule. Many Hondurans are critical of Zelaya because of his relationship with socialist Venezuelan President Hugo Chávez. Plus, Zelaya was elected in 2005 with less than a 4 percent margin of victory, the smallest in Honduran history, according to the State Department.

Still, even his critics say that military intervention is not the answer.

“We’re poor, but we’re a free country,’’ said German Ponce Ramos, a manager at Catrachos restaurant in Chelsea; the restaurant’s name is a nickname for Hondurans in Central America. “To me, they should bring the president back and try to clear things up.’’

© Copyright 2009 Globe Newspaper Company.
Related coverage
Your comment is subject to the rules of our Posting Policy
This comment may appear on your public profile. Public Profile FAQ