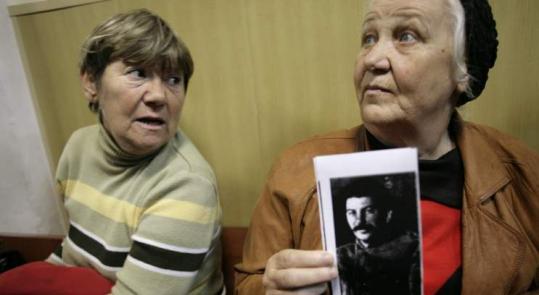 MOSCOW - A Russian court ruled against Josef Stalin’s grandson yesterday in a libel suit over a newspaper article that said the Soviet dictator sent thousands of people to their deaths.

A judge at a Moscow district court rejected Yevgeny Dzhugashvili’s claim that Novaya Gazeta defamed Stalin in an April article referring to the strongman leader as a “bloodthirsty cannibal.’’

A ruling against Novaya Gazeta would have been seen as an exoneration of Stalin more than 50 years after his death.

It would have been a major setback to beleaguered Russian liberals who say the country must acknowledge the truth of its bloody past.

The ruling was a rare victory for Stalin’s critics in their fight against efforts to rehabilitate the dictator who, according to the rights group Memorial, ordered the deaths of at least 724,000 citizens during a series of fearsome purges that peaked in the late 1930s.

“What should have happened, happened,’’ Anatoly Yablokov, the author of the Novaya Gazeta article and the newspaper’s codefendant, said before swiftly leaving the courthouse. “It’s a decision based on the law.’’

Stalin’s grandson, who did not attend the trial, had demanded a retraction, a public apology, and monetary damages. He has five days to appeal.