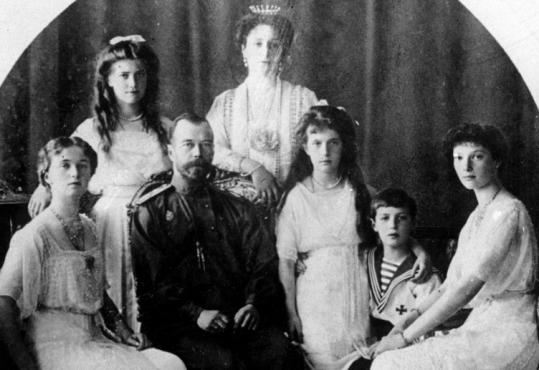 YEKATERINBURG, Russia - On the outskirts of this burly industrial center, off a road like any other, on a nowhere scrap of land - here unfolded the final act of one of the most momentous events of the last century.

A short way through a clearing, toward a cluster of birch trees, the killers deposited their victims' bodies, which had been mutilated, burned, and doused with acid to mask their origins. It would be 73 more years, in 1991, before the remains would be reclaimed and the announcement would ring out: The grave of the last Russian czar, Nicholas II, and his family had been found.

But the story does not end there.

Eleven people were said to have been killed that day in July 1918 on Lenin's orders. Nine sets of remains were dug up here and then authenticated using DNA. The remains of the czar's son, Aleksei, and one daughter, whose identity is still not absolutely clear, were missing. Did their bones lie elsewhere, or could it be that they had escaped execution, as rumor had it for so long?

Only in the past few months have these questions dating from the Russian Revolution apparently been resolved here, and only by a group of amateur sleuths who spent their weekends plumbing the case. In fact, it appears that the clues to what happened to the two children were always there, waiting to be found. All that was needed was to listen closely to the boastful voices of the killers.

Their accounts are in secret reports in Soviet-era archives, one of which offered the most tantalizing hint: a single phrase in the recollection of the chief killer that seemed to suggest where the two bodies might have been deposited.

"All of them wanted to leave a trace in history, for they considered that this was a kind of heroic deed," said Vitaly Shitov, who lives in the area and undertook a review of the testimony to hunt for the remains. "They wanted to promote their roles."

Following that wisp of a clue this summer, Shitov and other amateur investigators went to where the other remains had been found - and they kept walking. Away from the road, about 70 yards from the first burial ground, is a slightly elevated area among the trees.

It is there that the bodies of Aleksei, 13, and his sister were apparently consigned.

The amateurs found the bones, many of them charred by fire, scattered among bullets and pieces of jars that held acid used to disfigure the bodies. These fragments appeared similar to those from the first grave.

So it seems that for all the years since the first discovery, even as people made pilgrimages to the site and wondered what had happened to Aleksei and his sister, their remains were a short stroll away.

Scientists in Russia and the United States are testing the new finds extensively.

The sister is believed to be Maria, 19, though that is not entirely settled. Others long conjectured that the sister was Anastasia, 17, a theory that fed a belief that she survived.

If, as expected, results of DNA tests on the two sets of remains are conclusive, they would put to rest many of the doubts that have arisen in Russia and worldwide about the inquiries into what had happened to the royal family.

Among some Russians and foreigners alike, the fate of Aleksei and his sister drew intense interest in recent years.

People looked for bones all over Yekaterinburg, 900 miles east of Moscow, on the divide between Europe and Asia.