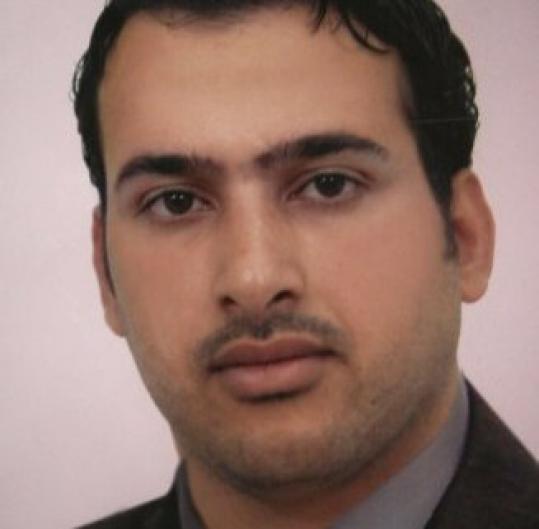 BAGHDAD - A Baghdad judge ruled yesterday that an Iraqi journalist who hurled his shoes at President George W. Bush was guilty of assaulting a foreign leader and sentenced him to three years in prison, a verdict that unleashed tumult in the courtroom.

"Long live Iraq!" shouted the television journalist, Muntadar al-Zaidi, as the sentence was handed down.

Smiling and waving, the 30-year-old Zaidi was escorted from the dilapidated courthouse in the Green Zone, where a crowd had gathered outside the courtroom doors. His sister collapsed on the floor in tears and police hustled two of his brothers out of the building after the verdict was heard.

"You're a hero, Muntadar!" some shouted.

"The judge were puppets sitting in the court," one brother, Dhurgham, said.

Zaidi became a folk hero of sorts in the Arab world after hurling both shoes at Bush, with considerable speed and accuracy, during a news conference Dec. 14. Bush ducked. "This is your farewell kiss, you dog!" Zaidi had shouted as he threw the footwear. "This is from the widows, the orphans, and those who were killed in Iraq."

In the days that followed, Zaidi's spectacle became a fixture of almost every conversation in Iraq and the rest of the Middle East. The gesture captured the deep-seated anger many in Iraq feel toward the US occupation and the forces it unleashed that helped devastate the country. In Zaidi's honor, restaurants were renamed, banners hung, and graffiti scrawled across concrete barriers erected to stop attacks that still kill hundreds.

Zaidi faced up to 15 years in prison, but his lawyers said the judges showed leniency because of his age and lack of prior convictions.

Escorted by police to the defendant's seat, Zaidi wore the same brown leather shoes and beige suit he did in the opening court session last month.

Unlike that session, he offered only a short statement yesterday, answering the judge as to his innocence or guilt.

"I am innocent," he said. "What I did was a natural response to the occupation."