His parasite theory stirs a revolution 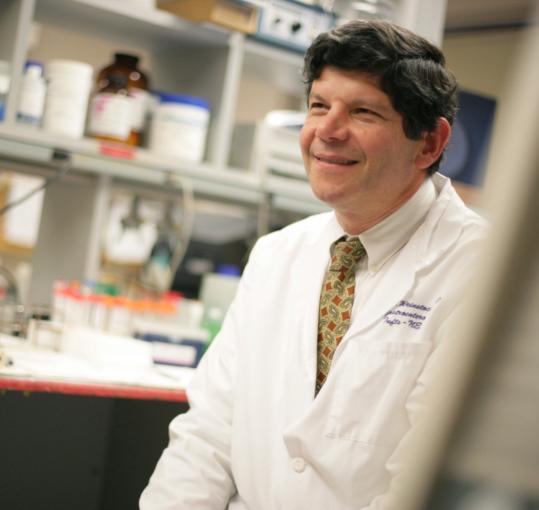 "What if I told you," Joel Weinstock said, "there were countries where the doctors had never seen hay fever?"

It is another piece of evidence, another "aha" moment in the global medical mystery that Weinstock - the chief of gastroenterology and hepatology at Tufts-New England Medical Center - has narrowed down to one chief suspect: the worms.

Weinstock, 59, specializes in studying why immunological diseases - everything from hay fever and asthma to diabetes and multiple sclerosis - are on the rise in developed countries but remain relatively uncommon in undeveloped countries. He believes these diseases, many of which were almost unheard of 100 years ago, are because of changes in our environment, a lack of exposure to something. And he thinks that something may be the worms.

"We realized that one thing people always had was intestinal worms," he said. "But in the mid-20th century we started deworming children in developed countries. So we've developed a theory that perhaps deworming was helping these diseases."

This theory - which is currently being tested in laboratory trials on how parasitic worms, known as helminths, regulate response to disease - has earned Weinstock the title of "Best and Brightest" from Esquire magazine, which honored him in its recent "Genius Issue." The magazine hailed his theory as a glimpse into a "brand-new scientific revolution, a paradigm shift in the way we think about the human body."

The crux of that scientific revolution is a bit of role reversal. The parasites that we have been told to avoid - such as hookworm and pinworm - may be the good guys, while excessive hygiene may be the bad guy.

"I get about 5,000 e-mails a year from patients all over the world asking what to do," he said. "People know that something isn't right. They keep their kids in the cleanest environments and they get asthma. We get all of these things that were rare becoming common. And a lot of it comes down to hygiene. Excessive hygiene can potentially lead to disease."

The "hygiene hypothesis," which was first proposed nearly two decades ago, argues that aspects of cleanliness prevent the immune system from programming itself to fight off disease.

"The big question is what are those aspects? We don't want to go back to the standards of the 1800s," Weinstock said. "Public hygiene and cleanliness are very good for us, but removing ourselves entirely from our natural environment is bad for us. We need to figure out the aspects of dirt and exposure that are good for us and hopefully we can find a balance."

Weinstock, who ran a center for digestive diseases at the University of Iowa before arriving at Tufts-NEMC in 2005, said that being a researcher has always come naturally to him.

"I grew up in the space race. When other kids went to play sports, I went to the library to read about rocket motors. My friends and I loved to tinker. Research was my hobby then, and it hasn't gone away," he said.

He said he hopes his research will soon lead to helminths-based drug therapies and vaccines.

"Will people be afraid to take a worm pill?" he asked, acknowledging an obvious squeamishness. "I don't think so."

And while he is cautious about advising any of his desperate e-mailers until all of the facts are in, he is comfortable telling parents one thing.

"When people ask me what to do, I tell them to let their kids play in the dirt," he said.

"And it's OK if they don't wash their hands every time."

Hometown: Grew up in Detroit; lives in Weston.

Education: Earned a Bachelor of Science in biology from the University of Michigan in 1969, and graduated from the Wayne State University School of Medicine in 1973.

Family: Wife, Alison, is a nurse; daughter, Lisa, 24, works in community services; son Jeff, 21, is a junior at UMass-Amherst; son Andrew, 16, is a student at Weston High School.

Hobbies: Weinstock enjoys gardening and traveling, but says his research is his hobby. "It's not work," he says. "It's play. I love what I do."