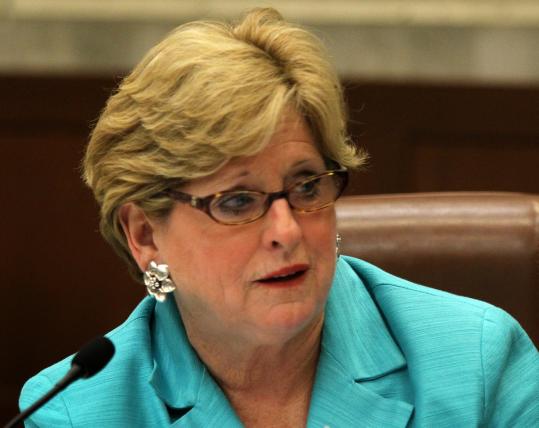 Her abrupt departure from the City Council may have been strategically timed: Feeney will now be in a position to become Boston’s next city clerk, an appointment controlled entirely by the City Council.

State law requires Feeney to be out of office for a minimum of 30 days before she could be appointed city clerk, a requirement designed to avoid conflicts of interest. That clock started ticking last Thursday at 5 p.m., when she officially left, submitting a one-sentence resignation letter. Feeney may now be poised to be appointed clerk by year’s end.

The administrative position has little power. But the job pays almost $102,000 a year and includes the potential for tens of thousands of dollars more in income performing weddings at City Hall. Three out of the last four clerks were council members.

When she announced in April that she would not seek reelection to her $87,500-a-year job as a councilor, Feeney vowed publicly to serve her entire term through Dec. 31, but when she abruptly resigned, her office did not notify constituents or make any public announcement.

Feeney’s push for the clerk’s job has been persistently rumored. The current city clerk, Rosaria Salerno, 76, said yesterday that she planned to retire in February and is well aware of the talk of Feeney as her successor. Several city councilors said that Feeney has enough votes to win the job and stressed that her experience on the council has prepared her. In Boston, the city clerk is the only appointment controlled by the City Council.

Feeney was out of state yesterday and did not return a phone message seeking comment.

The City Council must do more than just wait 30 days before appointing Feeney, said Pamela Wilmot, executive director of Common Cause Massachusetts. Any open position should be advertised, she said, and candidates should be interviewed.

“We need to have - and the law requires - an open process to ensure that the best person gets the job,’’ Wilmot said. “You can’t just anoint someone for a job.’’

The timing of Feeney’s resignation could be significant because of the required 30-day period. Feeney left office on Nov. 10, leaving enough time for the City Council members to appoint their former colleague at their last meeting of the year on Dec. 14. Council President Stephen J. Murphy, a close ally of Feeney, will still hold his leadership post at that point, and Feeney’s successor - Frank Baker, whom she aggressively campaigned against - will not yet be in office.

At the first meeting in January, the City Council will vote to elect its president. Murphy could retain the job, but it is not guaranteed. The council president did not return calls yesterday.

In Boston, the city clerk oversees a staff of 13 and sells some licenses and permits, keeps official records, and acts as the parliamentarian for the City Council. At weekly council meetings, the clerk reads the docket aloud and announces roll call votes and other matters.

Three of the last four city clerks have served on the City Council, including Salerno, who has held the position since 1995. Salerno said yesterday that Barry T. Hynes was the first member of the City Council to become clerk, in 1978.

Clerks serve three-year terms and are elected at the first City Council meeting in February. When Salerno was up for reappointment in February 2010, the council took no action and did not give her a full term.

“My plan is retire in February 2012,’’ Salerno said yesterday. “But once they made me an employee at will, it’s their will.’’

Councilor Michael P. Ross, who was council president in 2010, said yesterday that the council did not reappoint Salerno to a full term because she told them she did not plan on serving out the three years.

While Ross said he had not discussed a city clerk appointment with Feeney, he said yesterday that she had already “demonstrated her bonafides’’ for the job.

“She would be an excellent candidate for it,’’ Ross said. “I know she has been a great chair of [the] Government Operations’’ Committee, Ross said. “Government operations is the nitty-gritty of legislation, ordinances, and process.’’

In the past, Ross has pushed to require the city clerk to contribute money earned performing weddings during the workday to city coffers.

Salerno keeps the $60 per wedding that she makes at City Hall. Two years ago she made $68,000 on top of her $102,000 pay, according to a report in the Boston Herald that Salerno said was accurate.

“I report that to the IRS; I pay taxes on it,’’ said Salerno, noting that she charges less than the state maximum for weddings, which is $100. “It’s all on the up and up.’’

In Dorchester, longtime constituents and supporters learned that Feeney had resigned through news reports. Philip Carver, president of the Pope’s Hill Neighborhood Association, did not begrudge the City Councilor for leaving without a word.

“I guess when you have done the job as long as she has and given as much as she has, she wanted to leave on her own terms,’’ Carver said. “She served this community for a long time, nights, days, weekends. Wherever she lands, they’ll be lucky to have her.’’