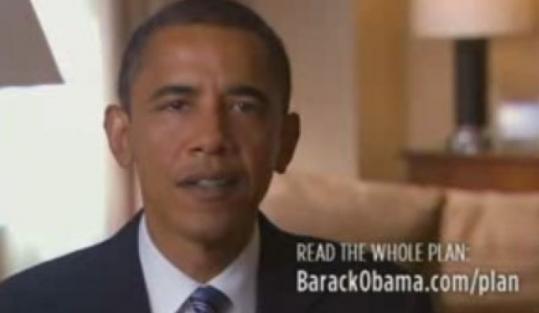 Both campaigns have been releasing negative videos in time to be displayed and discussed by cable news commentators.
Associated Press / September 18, 2008
Text size – +

WASHINGTON - Haven't seen all those negative presidential campaign ads the media are fussing over?

Chances are you won't.

Barack Obama's and John McCain's presidential campaigns are peddling campaign videos as advertising - even though they are getting little commercial airtime.

The head of TNS Media Intelligence/Campaign Media Analysis Group, a firm that uses computer technology to track commercials in all television markets, says the spots are designed to get widespread media attention without the expense of buying airtime.

Among them are one from McCain that alleges Obama supported sex education for kindergartners and one from Obama that says McCain doesn't know how to use a computer or e-mail.

"It's getting just silly that the ads they are putting out are represented as real spots," TNS head Evan Tracey said, noting that many of the videos are released in time to be displayed and discussed by cable news commentators.

"You used to hide the harder-edge message in radio and direct mail," Tracey said. "What you have now is that the campaigns say, 'Hey, [MSNBC's] Morning Joe is a food fight, let's supply the tomatoes.' "

Spokesmen for both campaigns declined to discuss their ad placement decisions.

The ads that get little actual airtime spread the perception that the two campaigns are running exceptionally negative campaigns. But an analysis released yesterday by the Wisconsin Advertising Project at the University of Wisconsin-Madison found more of a mixed picture in ads in the week after the party conventions - 56 percent of McCain's were aimed against Obama and 77 percent of Obama's were against McCain.

The study said the ads aired about 70,000 times and each campaign spent about $7.8 million, but McCain received Republican National Committee funding for about half.

The study also concluded that for all the talk of an expanding electoral map and Obama's 50-state strategy, the campaigns are focusing on the same swing states as in 2004. Obama aired ads in 17 states, and McCain did so in 15 of the same states.

Tracey said McCain is primarily running three ads. One, portraying himself and running mate Sarah Palin, has appeared nearly 11,000 times, he said. Another ad, criticizing Obama as a mere orator whose policy proposals will cost Americans money, has run about 17,000 times.

Obama's most prevalent spot - airing about 17,000 times - links McCain to Bush and uses footage of McCain in asserting that he voted in support of President Bush policies 90 percent of the time.