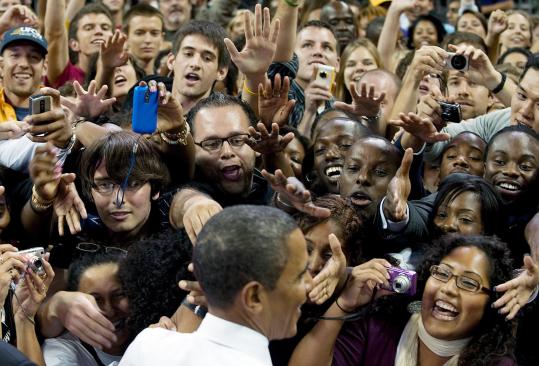 WASHINGTON - Unhappy Senate Democrats found plenty to complain about yesterday in the fine print of the latest health overhaul bill, particularly a tax provision they fear would hit hard at middle-class Americans, from coal miners in West Virginia to firefighters in New York.

To pay for the 10-year, $856 billion bill Baucus wants to tax high-value insurance plans, those worth $21,000 for a family and $8,000 for an individual. The Montana Democrat says those are “Cadillac plans’’ enjoyed by a small minority of Americans. Aides said about 10 percent of plans and 8 percent of taxpayers could be affected.

The tax, which President Obama embraced in his speech to Congress last week, is a major source of revenue for Baucus’s bill, bringing in an estimated $215 billion over 10 years. Baucus and other supporters of the measure say it would help drive down health care costs over the long term by encouraging companies to move toward less expensive health plans and workers to use less care.

But other Democratic senators fear that the tax would reach deep into middle-class pocketbooks, and labor unions are upset. Senators John F. Kerry of Massachusetts and Jay Rockefeller of West Virginia, members of the Finance Committee, say they want to limit the tax before signing off on the bill.

“We need to make it fairer to working people so that working folks don’t get dragged into this at a level where they just don’t have the incomes to support it,’’ Kerry told reporters after a closed-door committee meeting to discuss the bill.

Insurers and business groups also oppose the new tax and other fees in the bill, and the US Chamber of Commerce is wasting no time making its objections known.

The chamber announced it will begin airing a new TV ad today in more than a dozen states lambasting “Washington politicians’’ who “want new taxes on health care companies - taxes that will get passed on to you.’’

Democrats also raised other concerns yesterday, forecasting contentious debate when Baucus’s committee begins voting on the bill Tuesday and during later votes in the Senate.

Liberal lawmakers are concerned about the absence of a new government-run insurance plan. Instead of the so-called public plan, Baucus went with nonprofit cooperatives.

Although he failed in his monthslong quest to get Republican backing for his bill and now faces a host of Democratic concerns, Baucus defended his efforts yesterday.

“I don’t think there will be any changes in the core provisions of the bill,’’ he said.

At a campaign-style rally yesterday at the University of Maryland, Obama called reinventing health care a “defining struggle of this generation,’’ though he barely mentioned Baucus’s bill.

Many of the students would be faced with the requirement to buy health insurance under the Baucus plan after graduation.

Obama told about 15,000 college students that Congress must resist scare tactics and false accusations to remake the nation’s health care system. Obama aimed many of his remarks directly at young adults, a group that activists would like to see more involved in the push for a health care overhaul.

Also yesterday, Obama continued reaching out to Republicans, though they seemed unimpressed, by announcing $25 million in grants for states and health care systems to experiment with alternatives to costly medical malpractice lawsuits, an issue that long has divided Washington.

Doctors’ groups, with the support of conservatives, want national limits on jury awards for a patient’s pain and suffering. Trial lawyers, backed by Democrats, say that would harm aggrieved patients and their families who are seeking restitution. Preventable medical errors are estimated to cause 44,000 to 98,000 deaths a year.