The danger of DNA: It isn't foolproof forensics 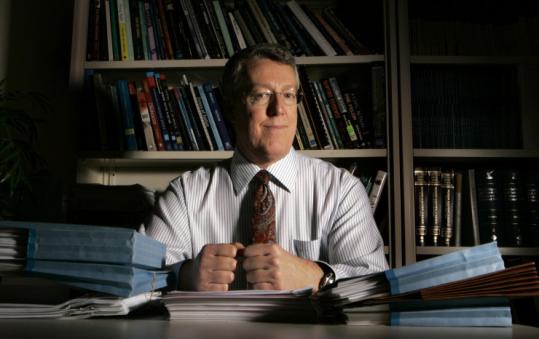 LOS ANGELES - In 2004, a New Jersey prosecutor announced that DNA had solved the mystery of who killed Jane Durrua, an eighth-grader who was raped, beaten, and strangled 36 years earlier.

"Through DNA, we put a face to the killer of Jane Durrua, and that face belongs to Jerry Bellamy," prosecutor John Kaye said.

The killer, however, turned out to be someone else.

Two years after Bellamy's arrest, investigators discovered that evidence from the murder scene had been contaminated by DNA from Bellamy, whose genetic sample was being tested at the same lab in an unrelated case. He was freed. Another man ultimately was arrested.

DNA has proved itself by far the most effective and reliable forensic science. Over the past two decades, it has solved crimes once thought unsolvable, brought elusive murderers and rapists to justice years after their misdeeds, and exonerated innocent people. In courtrooms and in the popular imagination, it often is seen as unassailable.

But as the United States rushes to take advantage of DNA's powers, it is becoming clear that genetic sleuthing has significant limitations:

Although best known for clearing the wrongfully convicted, DNA evidence has linked innocent people to crimes. In the lab, it can be contaminated or mislabeled; samples can be switched. In the courtroom, its significance has been overstated by lawyers or misunderstood by jurors.

The rush to collect DNA and build databases has in some cases overwhelmed the ability of investigators to process the evidence and follow up on promising leads. Some crime labs have huge backlogs of untested evidence, including thousands of rape evidence kits. In some cases, criminals who might have been caught have offended again.

Debates have flared over civil rights and privacy, presaging possible constitutional challenges to DNA collection and storage. Critics object, for instance, to storing DNA from people arrested but not convicted of crimes and from suspected illegal immigrants.

In Britain, which has the most aggressive approach to forensic DNA, a legal backlash has occurred. The European High Court of Human Rights recently ruled that the country's indefinite storage of DNA from arrested people violated privacy rights. Britain has until March to submit plans for destroying samples or to make a case for keeping them.

In the United States, authorities are plunging ahead with a dramatic databank expansion.

A California law passed in 2004 will permit authorities, starting this month, to store DNA from anyone arrested on suspicion of felonies and serious misdemeanors, even if they are not ultimately convicted.

California's database is expected to swell by about 300,000 DNA profiles next year, bringing the total to 1.4 million. The FBI's national database, which contains 6.4 million profiles, is projected to add about 1.3 million annually from federal arrestees and illegal immigrants alone.

When the California law, Proposition 69, passed, it widely was believed that the innocent had nothing to fear, said William Thompson, a criminology professor at the University of California, Irvine, who is considered the leading US authority on DNA laboratory error.

Now, he said, "when you look at all the errors that have come to light around the world . . . it really raises concerns about how many people you want to have in a database."

Through the California Public Records Act, the Los Angeles Times obtained documents from five state-run and three county forensic labs in California that reported scores of laboratory errors or "unexpected" results over a five-year period ending in 2007.

Thompson, who reviewed the records for the Times, said that "on a regular basis, laboratory personnel make mistakes that could lead to false identifications" of suspects.