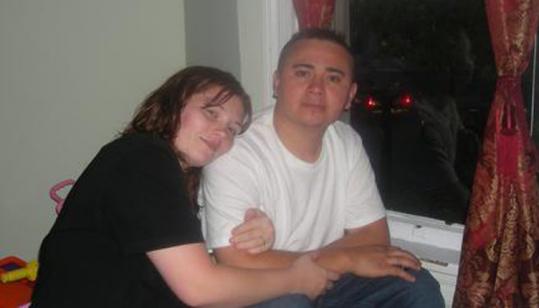 Now he is headed back to Mexico in a coffin.

The illegal immigrant, 25, was beaten last weekend after an argument with a group of youths, including at least some players on the town's beloved high school football team, police said. Despite witness reports that the attackers yelled ethnic slurs, authorities say the beating wasn't racially motivated.

Hate crime or not, the killing has exposed long-simmering tensions in Shenandoah, a blue-collar town of 5,000 about 80 miles northwest of Philadelphia that has a growing number of Hispanic residents drawn by jobs in factories and farm fields.

An investigation continues, and no charges have yet been filed, but police say as many as six teens were involved in the fight, which ended with Ramirez in convulsions and foaming at the mouth. He died early Monday of head injuries.

Crystal Dillman, 24, the victim's fiancee, who is white and grew up in Shenandoah, said Ramirez was often called derogatory names, including "dirty Mexican," and told to return to his homeland.

"People in this town are very racist toward Hispanic people. They think right away if you're Mexican, you're illegal, and you're no good," said Dillman, who has two young children by Ramirez and a 3-year-old who thought of him as her father.

On Dillman's fireplace mantel hangs a medallion of Jesus that Ramirez was wearing the night he was beaten. Ramirez had an imprint of the medallion on his chest, marking where an assailant stomped on him, she said.

Police Chief Matthew Nestor acknowledged there have been problems as the community, birthplace of big band musicians Tommy and Jimmy Dorsey and home of Mrs. T's Pierogies, has tried to adjust to an influx of Hispanics, who now make up as much as 10 percent of the population.

Teenagers have sprayed racially tinged graffiti and yelled racial slurs at the newcomers, he said.

"Things are definitely not the way they used to be even 10 years ago. Things have changed here radically," Nestor said. "Some people could adapt to the changes and some just have a difficult time doing it. . . . Yeah, there is tension at times. You can't deny that."

Police are still interviewing suspects and witnesses. Preliminarily, though, they have determined that Ramirez, who worked in a factory and picked strawberries and cherries, got into an argument with a group of youths that escalated into a fight in which he was badly outnumbered.

"From what we understand right now, it wasn't racially motivated," Nestor said. "This looks like a street fight that went wrong."

Retired Philadelphia police Officer Eileen Burke, who lives on the street where the fight occurred, told the Associated Press she heard a youth scream at one of Ramirez's friends after the beating to tell her Mexican friends to get out of Shenandoah, "or you're going to be laying next to him."