Officials say they are unsafe to fly on hot day 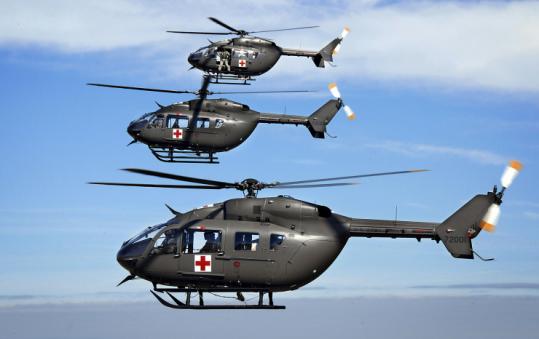 SACRAMENTO - The Army is spending $2.6 billion on hundreds of European-designed helicopters for homeland security and disaster relief that have a crucial flaw: They are not safe to fly on hot days, according to an internal report obtained by the Associated Press.

While the Army scrambles to fix the problem, potentially adding millions to the taxpayer cost, at least one high-ranking lawmaker is calling for the deal to be scrapped.

During flight tests in Southern California in mild 80-degree weather, cockpit temperatures in the UH-72A Lakota soared above 104 degrees, the point at which the Army says the communication, navigation, and flight-control systems can overheat and shut down.

No cockpit equipment failed during the nearly 23 hours of testing, according to the report, prepared for the Army in July. But it concluded that the aircraft "is not effective for use in hot environments."

The Army said that to fix the problem it will take the highly unusual step of adding air conditioners to many of the 322 helicopters ordered.

The retrofitting will cost at least $10 million and will come out of the Army's budget.

Kim Henry, a spokeswoman for US Army Aviation & Missile Command at Redstone Arsenal in Alabama, said that the Army began outfitting the helicopters with vents after the report was issued and that they have been effective at lowering temperatures.

The Army, however, decided it still needs to put air conditioning on many of the choppers, including all those configured for medical evacuations, said an Army spokesman, Major Tom McCuin..

Representative Duncan Hunter of California, the ranking Republican on the House Armed Services Committee, contends that the lightweight helicopter will still have too many weaknesses.

"In my view, we would be well advised to terminate the planned buy of 322 Lakota helicopters and purchase instead additional Blackhawk helicopters," Hunter said in a letter this week to Army Secretary Pete Geren.

But McCuin said, "It's certainly a concern to people out there in the field now because it's hot in those cockpits, but it's being fixed."

The Army has received 12 of the Lakotas from American Eurocopter Corp., a North American division of Germany's European Aeronautic Defence and Space Co. Testing on the first six by an independent arm of the Pentagon revealed the problems. The rest of the choppers are scheduled for delivery over the next eight years.

The Lakota represents the Army's first major effort to adapt commercially available helicopters for military use. Air conditioning is standard in commercial versions of the aircraft, which have not had overheating problems. But the military usually avoids air conditioning in military aircraft to reduce weight and increase performance.

"We don't need air conditioning in the Blackhawks, so we didn't think it would be an issue" in the Lakota, McCuin said. "But when we got the helicopter into the desert, we realized it was a problem."

The Army plans to use the Lakota for search-and-rescue missions in disaster areas, evacuations of injured people, reconnaissance, disaster relief, and VIP tours for members of Congress and Army brass. All of its missions will be in the United States or other noncombat zones.

Blackhawks, Chinooks, and other helicopters will still be available for more demanding duties, such as fighting wildfires.

Guy Hicks, a spokesman for European Aeronautic Defence and Space Co., declined to comment directly on the criticism of the aircraft. "We're proud of our partnership with the Army and the UH-72A, but we defer on anything to do with aircraft requirements and performance. It's the Army's program and they should address that," he said.

The Lakota has another problem; testers said it fails to meet the Army's requirement that it be able to evacuate two critically injured patients at the same time. The Lakota can hold two patients, but the cabin is too cramped for medics to work on more than one at a time, the testers said.

The report by Dr. Charles McQueary, the Defense Department's director of operational testing, said that overall, the Lakota performs better than the Kiowa or Huey and that pilots found it easy to fly.

But the report said inadequate ventilation, heat emitted by aircraft electronics, and sunlight streaming through the large windows caused cockpit temperatures to reach 104.9 degrees during a simulated mission in California.

The aircraft's safe operating limit is 104 degrees, according to the Army.