Bulger plans to take the stand

He would detail an immunity deal 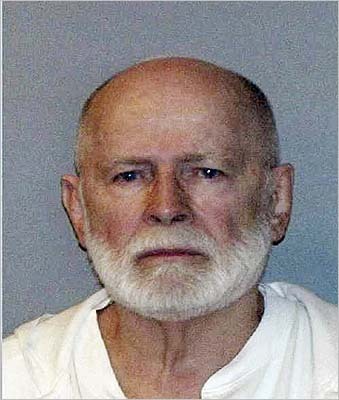 James “Whitey” Bulger, once America’s most wanted criminal, will for the first time ­address the charges against him, taking the stand in his own defense in hope of convincing a jury that federal officials once granted him immunity for his many crimes, his lawyer said Monday.

J.W. Carney Jr. announced that plan during a hearing in US District Court in Boston. He said Bulger wants to provide a firsthand account of his relationship with the FBI and the deal he had for working secretly as a government informant.

“He is going to tell the truth, if the judge permits him to,” Carney later told reporters outside the federal courthouse.

Bulger’s testimony could further shed light on one of the darkest eras of the FBI, as the gangster would probably describe the crimes he committed, what the FBI knew of them, and whether he received promises for his cooperation, providing a firsthand, real-life account of the type of underworld events that have become the fodder of books and movies.

Carney said that Bulger, a ­fugitive for more than 16 years until his arrest in June 2011, wants to tell his story directly to jurors at his trial, scheduled for March, rather than bring it ­before US District Court Judge Richard Stearns, who is presiding over the case.

Bulger’s lead attorney has questioned whether Stearns, who was head of the criminal division in the US attorney’s ­office in Boston during part of the time Bulger allegedly committed his crimes, would be able to look at the immunity claim impartially.

“Our client believes that he will get fairer consideration on the issue of immunity from a jury than he will from the person who was the head of the criminal bureau of the United States attorney’s office,” Carney said, adding, “I expect that he will get a fair jury and trust that they will see the truth.”

Bulger, a notorious gangster in Boston, had been secretly working as an FBI informant while allegedly carrying out his crimes. He fled shortly before a federal indictment of him came down in January 1995, after ­being tipped off by his corrupt FBI handler, John Connolly, who is now in prison for his role in a murder linked to Bulger.

Later, hearings in US District Court in Boston exposed Bulger’s inappropriate relationship with the FBI, and he was eventually charged with participating in 19 murders. He was discovered and arrested in ­Santa Monica, Calif. in a rent-controlled apartment he had been sharing with his girlfriend, Catherine Greig, since 1996.

Family members of some of Bulger’s alleged victims said outside the courthouse Monday that Carney is getting desperate in his representation of the ­notorious gangster, and they questioned how Bulger could believe he had a “license to kill.”

But they also said they look forward to his testimony.

“I want to hear what he has to say,” said Patricia Donahue, whose husband, Michael, was an innocent bystander allegedly gunned down by Bulger in 1982 while giving a friend a ride home.

Whether Bulger will be able to raise an immunity defense before jurors remains an open question, according to legal ­analysts. The courts have established, in the case of Bulger’s longtime cohort, Stephen “The Rifleman” Flemmi, that a ­defendant cannot claim immunity offered by a rogue FBI agent.

US District Court Judge Mark L. Wolf made that ruling, which was upheld by the US Court of Appeals for the First Circuit, when Flemmi said he and Bulger were granted ­immunity for passing along information incriminating the Mafia.

But Carney has said that Bulger’s deal was different: The 82-year-old gangster asserts the immunity was granted not by the FBI, but from within the US Department of Justice, which has the authority to make ­immunity agreements.

Carney would not identify the law enforcement official he said granted Bulger’s immunity, saying he will do that at trial. But he has indicated in court ­records that he plans to call as witnesses some of the former law enforcement officials who held leadership positions in the US attorney’s office, such as Stearns and William F. Weld, former governor, who was also a US attorney during a part of the time Bulger allegedly committed his crimes.

Carney also said he would introduce evidence that would impeach the credibility of past statements by former and ­deceased law enforcement officials, such as former US attorney Jeremiah O’Sullivan.

O’Sullivan was the US attorney who decided against indicting Bulger and Flemmi in a historic horse race-fixing scheme, though about 20 other gangsters, including associates in their Winter Hill gang, were charged and received lengthy prison sentences.

A.J. Manieri, a Providence-based criminal defense lawyer who has followed the Bulger case and others in organized crime, said the assertion of ­immunity seems to be a question of law that Stearns might have to decide before it reaches jurors. Prosecutors will probably argue that Bulger had no deal of immunity for crimes such as murder, and jurors should not be exposed to the assertion. Manieri said that the judge could exclude testimony that would not be relevant to the charges.

But he also said that Carney will want to show that the agreement came not from a rogue FBI agent, but from within the leadership of the Department of Justice. He said Carney could be successful just in having Stearns take up the legal ­issue because it would settle the question of law. “It’s going to be a bloodbath in there,” he said.

Milton J. Valencia can be reached at mvalencia@globe.com