Who wouldn’t want this child? 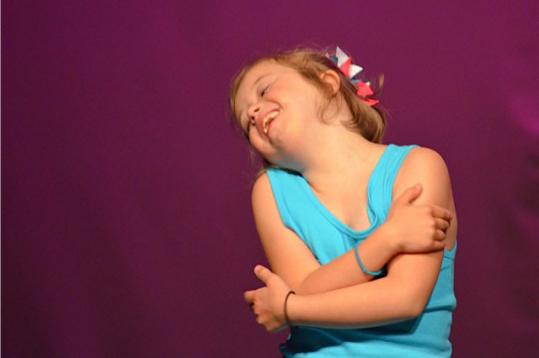 She was born nine years ago on June 20, and it was the best of times and the worst of times.

Lucy’s being here was what we had prayed for, what we had begged for. But not exactly. Because she was not the child we had imagined.

At first she was. Ten fingers, ten toes. Blond hair. Blue eyes. “Isn’t she perfect, Mom?” my daughter said, cradling her new daughter. She is, I agreed. We were all smiles.

It was the best of times. My daughter was happy. Life was good.

Minutes later, everything changed. Trisomy 21, a doctor said. Down syndrome. And Paradise was lost.

We had been in the Garden of Eden a mere 12 hours. Now we were in deep woods imagining quicksand and quagmires and animals ready to attack, our joy obliterated by fear — Where do we go? What do we do? How do we get out of here? — though not a single thing had changed.

But we had changed. We now saw with different eyes. We saw what we were told to see.

This was the worst of times.

Nobody picked up Lucy and said, “Look at the miracle she is. Look at those fingers and toes. See how she stares at you. Watch how she kicks and coos. She will be fine. Your family will be fine.”

Nobody knew what to say. Friends hugged us. Nurses looked at us with sad eyes. The doctor unswaddled Lucy’s blanket and pointed out the space between her big toe and her other toes, the single line on her palm, the skin folds near her eyes. All indicative of Down syndrome, he said.

And where we had seen only perfection minutes before, we now saw only flaws.

People with Down syndrome have low muscle tone, heart problems, hearing problems, digestive problems, and a higher incidence of childhood leukemia, he continued.

When he finally left the room, we cried.

Lucy did have heart problems. When she was 2 months old, she had surgery. Two months later, she was back in the hospital.

She had a rough start.

There have been other rough patches, not medically, yet hard, still, very hard, because it isn’t easy being different. It takes Lucy a long time to learn. Her cousin, Charlotte, mastered doing a cartwheel last week in just one hour. It will take Lucy lots of hours.

But she will do it.

She’s been singing “It’s a Hard Knock Life” since she was 4. This year she sang it in a drama class. Last week she sang and acted it out on a stage with a group of children at a packed recital.

Lucy does what she sets her mind on doing.

It’s hard to watch her work so hard at things that most kids learn by osmosis. But she plugs along, trying and trying, and succeeds just when we’re about ready to give up, when we think she is never going to sip from this cup, say a full sentence, engage in a real conversation.

And then she does.

Lucy wakes up smiling every day. She always has. On long car trips, she sings away the miles. She knows when someone needs a hug.

And when someone cries, she cries, too. If a child falls at a playground and wails in pain, Lucy sobs whether the child is a friend or a stranger. She is pure empathy.

Nine years ago, we shed a lot of tears worrying about the future. Now it is that future. And it is not a deep, dark, scary woods. Not always, anyway. Sometimes it’s pink balloons and pink plates and pink napkins and a pink tablecloth and even pink frosting because it’s Lucy’s birthday and Lucy wants pink.

Her life is full of joy. Lucy is a happy child. She makes our lives worth living.

She is not the child we imagined. Nine years ago we cried over this. Sometime we still cry. But not because Lucy isn’t who we want. She is exactly who we want.

We cry because Lucy is sweet and good and imaginative and kind and funny and caring, and the world doesn’t see any of this. The world sees only a little girl with Down syndrome.

Beverly Beckham lives in Canton. She can be reached at bevbeckham@aol.com.