For 2012, forecasts of gain, pain in rebounding economy 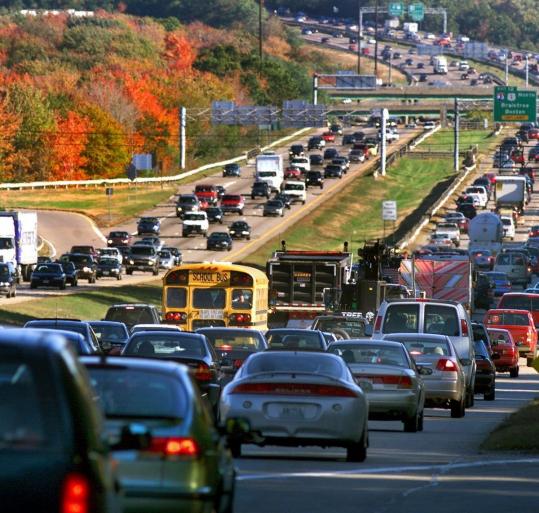 New supermarkets, new restaurants, maybe a new hotel and, of course, more traffic. These are a few of the coming attractions predicted for Route 128 as 2012 kicks into gear.

As the economy picks up, we should see the last of the big blocks of vacant office and research space caught in the recession gobbled up, and the biotechnology and high tech firms that line the Interstate 95 corridor aggressively compete for new talent.

We should also see more development plans unfurled along the highway, from Lynnfield on down south past Dedham.

But all those new jobs and new commuters will generate new and even greater traffic headaches, planners say, as the 1950s-vintage highway becomes increasing overloaded.

Look for talk of ideas like “bus on shoulder’’ lanes and regional transit hubs gaining momentum, with business groups and planning organizations alike seeking long-term solutions to growing gridlock along one of Greater Boston’s most vital commercial arteries.

■ Hiring heats up: One of the biggest indicators of the health of the jobs market anywhere is the office market. And that is especially true along the 128 corridor.

Waltham has the most office space along the highway, and for that matter of any suburban community in the state, with more than 11 million square feet, according to Richards Barry Joyce & Partners. The Watch City saw empty corporate suites plunge by a third last year, down to a vacancy rate of 18.6 percent, according to Brendan Carroll, the firm’s research chief.

The number of empty corporate suites should fall even lower this year, with hiring and expansion by tech and biotech companies driving the trend, he said.

■ New dining, shopping: Construction is slated to begin in the spring on a 140,000-square-foot Wegmans in Burlington’s soon-to-be-redeveloped Northwest Park. Also in the works is a restaurant row, featuring local establishments, leading to the massive chain supermarket, according to developer Nordblom Co.

Meanwhile, planning for another Wegmans is also expected to kick into high gear in Newton, where a nearly 70,000-square-foot store is planned.

On the northern end of 128, work is expected to kick off this spring on the 400,000-square-foot MarketStreet Lynnfield. The project will feature restaurants, apartments, and offices around a town green.

■ New hotel?: Along with new restaurants, we may very well see plans unfurled for a business-class hotel along the highway. Real estate lawyer Robert Buckley, senior partner at Riemer & Braunstein, acknowledged he is working on a deal, but can’t name names - or sites - yet.

“There is interest in a variety of amenity and product types, hotels, restaurants, entertainment and some housing,’’ Buckley said. “Whatever strikes our fancy you will be able to find it.’’

■ Rising home prices?: Jed Kolko, chief economist for real estate website Trulia.com, is predicting a rebound in home prices in a number of “smart cities’’ across the country. These are housing markets with lots of tech and biotech jobs. Area communities are high up on his list.

“This Cambridge-Newton-Framingham market just west of Boston has a strong jobs engine, and, like most of New England, missed the worst of the housing bubble,’’ Kolko writes.

■ Yes, more traffic: As the economy rebounds and hiring picks up, there will be an unwelcome side effect - more highway gridlock, said Monica Tibbits, executive director of the 128 Business Council. Her organization, which operates private shuttle buses paid for by local companies, is crafting its policy agenda for this year.

The 128 Business Council hopes to interest state transportation officials in a “bus on shoulder’’ system. Used with much success in Brazil, it uses a dedicated lane alongside the highway that would boost the speed of buses shuttling commuters between rail and subway stations and area office parks, and convince more commuters that they should leave their cars at home.

Still, Brazil has the benefit of lots of new roadways, so there are no guarantees the system would work here, Tibbits said.

“We just have to work with a very aging infrastructure,’’ she said.