US defends the cost of Bulger’s copter ride 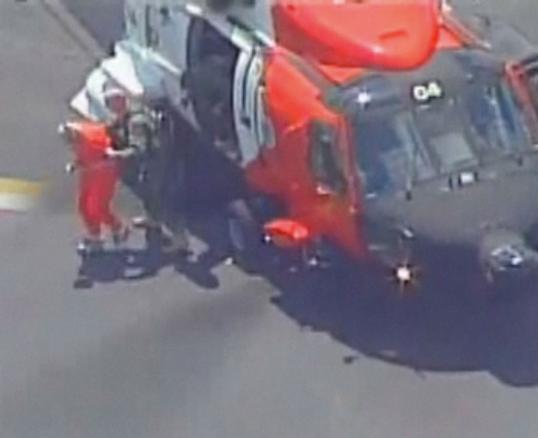 The US Marshals Service yesterday defended its decision to transport reputed mob boss James “Whitey’’ Bulger in a helicopter to a recent Boston court appearance, calling it one of many security measures the agency takes to change travel routes or respond to any potential threats against someone in custody.

The statement followed complaints from relatives of Bulger’s alleged murder victims that the 81-year-old has received special treatment. It also came on the same day that Senator Scott Brown fired off a letter to Stacia A. Hylton, director of the Marshals Service, urging her to find a “less costly and less extravagant’’ mode of transportation for Bulger.

The Marshals Service and the Coast Guard released a statement that said the cost of Bulger’s 40-minute helicopter ride Thursday from Plymouth County House of Correction to Logan International Airport was about $7,500.

The marshals released that figure only after the agency’s initial estimate of $1,500 was described as inaccurate by the Coast Guard, which provided the Jayhawk helicopter. The Coast Guard said $1,500 would only cover the chopper’s fuel.

The Marshals Service, which did not return calls seeking comment, said the final amount of about $7,500 falls within the operating budget of both agencies.

“The Marshals Service takes many considerations into account when moving federal prisoners and therefore regularly varies routes of travel based on weather, threat levels, traffic patterns and other significant events that may be happening in the area,’’ the statement said. “It is not uncommon for the Marshals Service to utilize other resources to assist in their mission of providing the safe and secure movement of federal detainees.’’

But it is highly unusual for suspects to be transported on a helicopter unless they are defendants in terrorism cases or assassination attempts.

Coast Guard Petty Officer and spokesman Luke Clayton said technically, taxpayers did not pay more out of their pockets for Bulger’s helicopter ride.

The Jayhawk probably would have been used for some other activity, such as patrolling restricted fishing areas or performing search and rescue exercises, he said.

“Pilots are required to fly a certain amount of hours per week,’’ Clayton said. “It’s not like we put a stop to everything and said we’re doing this flight completely separate. It’s in the budget to do these types of flights.’’

Victims’ families and politicians have bristled at the way Bulger has been treated.

Last Friday, he was flown on a private jet from California to Massachusetts for his first hearing in Boston.

Patricia Donahue, the widow of alleged Bulger victim Michael Donahue, said she was appalled on Thursday to see Bulger flown into Boston, then escorted by an armed police motorcade to the US District courthouse.

Later, relatives had to wait for Bulger’s brothers to go inside the courtroom before they were allowed inside.

“They treated him more like he was a celebrity than a prisoner. He should be treated like every other prisoner,’’ Donahue said. “When he comes to court [on July 6], are they going to bring him on a yacht? There is not too much left.’’

In his letter, Brown said the rides on the “private luxury jet’’ and helicopter seemed “far in excess of what the marshals have provided in the past to federal detainees.’’

“I agreed with US Attorney Carmen Ortiz when she said Whitey Bulger would be ‘treated like every other defendant,’ ’’ Brown wrote. “So far, that does not seem to be the case.’’

Retired State Police Colonel Thomas Foley, who had to secure the transportation of former Bulger associate John Martorano in the 1990s, said officials often take unusual measures to keep a defendant from escaping or being targeted by vigilantes.

He recalled how he once enlisted the marshals’ help when Martorano, who had begun cooperating with authorities, complained he was having trouble speaking because of denture pain.

At least half a dozen troopers and marshals escorted Martorano to a Worcester dentist’s office, which had to be shut down while the doctor worked on the hit man’s teeth.

“Anyone who is in custody is your responsibility,’’ Foley said. “You don’t want them to escape or get shot. That means you didn’t do your job.’’

Foley said the marshals may have perceived a threat to Bulger and decided to change the route.

The intense media attention on the Bulger case also makes it more difficult for the marshals to transport him safely, he said.

“Everyone knows the court schedule,’’ Foley said. “They know when he’s coming and they know when he’s leaving. . . . I don’t think this guy ought to be given any ego-boosting treatment, but on the other hand that’s the marshals’ call.’’

James Alan Fox, a Northeastern University criminologist, said the marshals may have also been trying to avoid attracting a line of vehicles that would trail Bulger.

“You don’t want a Whitey caravan going up and down the Expressway,’’ Fox said. “I think it’s not so much danger as it is attention and disruption.’’

Clayton said the Coast Guard often provides helicopters to help law enforcement operations, but he could not recall the last time a helicopter was used to transfer a Massachusetts prisoner.

“Most [defendants] don’t get helicopters; they ride in the back of a van,’’ Fox said. “But he’s not most defendants. He’s different and that’s just a fact of the matter, and everything about his case will be different. We might as well get used to it.’’