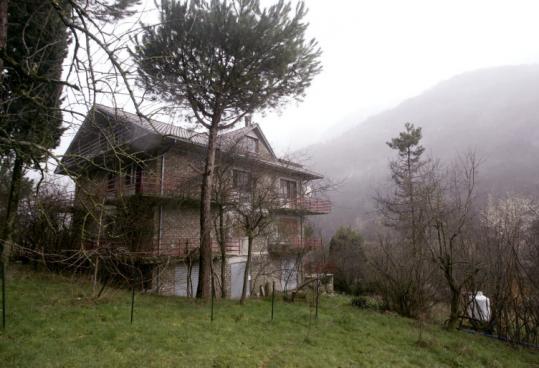 In a small town in central Italy, Luciano Visocchi grew up with stories about Boston, where his mother and aunt had lived for many years.

When Visocchi died this past summer at the age of 62, he honored the city his family loved. In his last will and testament, he named Boston as the heir to his estate, which an Italian newspaper estimated at $700,000 plus a house and other property.

“The City of Boston, MA, USA, is obliged to look after the old dogs Argus and Jak,’’ Visocchi’s will decrees, according to an English translation. “To feed the cat Rossina, easily recognizable from her great size, as well as the cats: Giacchino, Rossino, Pasquale, Francesco, and others as well.’’

In Boston, the bequest has been greeted with bemusement.

“It’s unbelievable. I want to know who is going to feed the cats and dogs,’’ said Mayor Thomas M. Menino, who scoffed at the suggestion that he might be responsible for the city’s new pets. “They’re over in Italy. What do you want me to do?’’

But there is more to this story than an overweight cat, two dogs, and a house. The inheritance may be contested, a fact discovered by Elizabeth Dello Russo, a young lawyer of Italian heritage who works in Boston’s legal department.

After Visocchi’s handwritten will landed on her desk late last month, Dello Russo began looking into the matter and discovered that the Boston bequest was causing quite a stir in Visocchi’s hometown of Atina, a village with Roman ruins and rolling hills where he was once an elected official.

Visocchi’s original will left his estate to 18 members of a local political party in his hometown, according to an Italian newspaper. But before his death, Visocchi apparently had a change of heart and wrote a new will that made Boston his primary heir.

The original beneficiaries were none too pleased, according to a rough English translation of the newspaper, which reported that the 18 politicians were gearing up for a “war of documents’’ to win back the inheritance.

“In the town of Atina,’’ wrote the newspaper, Il Tempo, “nothing else is spoken of.’’

In Boston, the legal department is determining how to proceed. Lawyers for the city said that the newspaper’s estimated value for the estate had not been verified. But they are taking the bequest seriously.

“Somebody’s dying wish was to give Boston all of his belongings. If this is what he wanted, we would honor that wish,’’ Dello Russo said. “There is some eccentricity to it, and we needed it authenticated.’’

It is not clear if Visocchi ever set foot in Boston. But his mother, whose full name is not known, and aunt, Ida Amelia Visocchi, lived in the city, according to Il Tempo. Visocchi’s mother died when he was young, according to Italian newspapers, and he lived with his aunt in Italy.

Luciano Visocchi died in Atina on July 22. His will stipulated that his 90-year-old aunt have use of his estate as long as she lived. After Ida Amelia died in October, an Italian official sent Boston a stack of documents that included an Italian death certificate, a handwritten will, and other papers certified with an official-looking stamp. A brief cover letter, written in English, cited sections of the Italian code but answered few questions.

“Dear Mayor,’’ the letter states. “I advise you that the deceased, pursuant to his Last Will and Testament of Luciano Visocchi, appointed the Boston City Council as his heir.’’

The reference to the City Council is apparently garbled English in the cover letter because the will designates the City of Boston as the beneficiary. Or at least that’s the view of Mayor Thomas M. Menino’s office, which has little interest in its political rivals on the council gaining an Italian villa.

Not much happened with the will until it reached Dello Russo on the last Friday in February. She gave it to her older sister, Jessica, a linguist who earned a doctorate in Rome. She translated the document that night at the family’s apartment on Fulton Street in the North End, where the five Dello Russo sisters grew up. The details immediately captured their attention.

“You think about Americans returning to their homeland, but this is the opposite,’’ said Elizabeth Dello Russo. “Somebody from Italy is reaching out to Boston.’’

The city on occasion receives gifts, but no one in the mayor’s administration could recall the city being named as the main beneficiary of a will. Never mind the dogs or the herd of cats, for whom Visocchi provided advice from his grave.

“My cats are easily recognized since they will come into the house at nightfall,’’ Visocchi instructed in his will. “Just call Rossino to summon all the cats and see which ones are mine.’’

“The cats are easily recognizable,’’ Menino quipped, before adding, “I’m trying to find out how big a piece of land I have. I’ll send some departments out there that get on my bad side.’’

Andrew Ryan can be reached at aryan@globe.com.