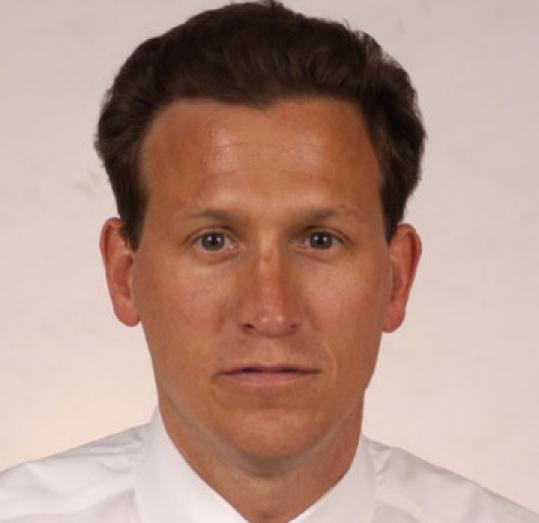 James E. Vallee, the House majority leader, had been quietly building a political base within the House in hopes of one day becoming speaker.
By Michael Levenson Globe Staff / January 29, 2011

House Speaker Robert A. DeLeo, under fire for a patronage scandal at the state Probation Department and facing two ambitious deputies jostling for their own power, tightened his grip on the House yesterday, sidelining would-be successors and promoting loyalists who had helped advance his gambling agenda.

The most dramatic change was the demotion of James E. Vallee, the House majority leader, who had been quietly building a political base within the House in hopes of one day becoming speaker, when DeLeo retires. The speaker handed him a new assignment with less clout, as chairman of the Committee on Veterans and Federal Affairs.

DeLeo also removed Charles A. Murphy, another potential candidate for speaker and a political rival of Vallee, from his position as chairman of the powerful House Ways and Means Committee, which helps write the state budget. DeLeo gave him a new job as the assistant majority leader, a position that has a lower profile but keeps him within the speaker’s inner circle.

DeLeo’s shake-up adds to a palpable sense of unease in the corridors of the State House. Governor Deval Patrick has pushed out state Parole Board members, and the heads of some agencies, showing a stronger hand as he embarks on his second term. House members said privately that DeLeo, a Winthrop Democrat who was first elected speaker two years ago and reelected to the post this month, was sending a message that he intends to remain in power and will not tolerate back-room jockeying for his seat.

But DeLeo, emerging from a closed-door caucus where he announced his leadership changes, denied that he was marginalizing Murphy or Vallee.

Murphy insisted he was not upset that DeLeo had given him a lower-profile job with less pay, saying, “I see it as a promotion.’’

“The speaker’s the speaker,’’ Murphy said. “I serve at the pleasure of the speaker. And I’m OK with that.’’

DeLeo tapped Ronald Mariano, a Quincy Democrat and close confidant, to succeed Vallee as majority leader, the second-ranking position in the House. DeLeo asserted that he was not punishing Vallee, an Army lawyer. “With Jim being a military guy with a long military record, I thought in veterans’ services we could use his talents there,’’ DeLeo said.

The speaker named Brian S. Dempsey to succeed Murphy as chairman of the Ways and Means Committee, a post that served as a steppingstone to the speaker’s chair for DeLeo and a prior speaker, Thomas M. Finneran. Dempsey, a Haverhill Democrat who entered the House with DeLeo in 1991, was the speaker’s top deputy on gambling in the last session, helping him drive legislation through the House that would have legalized casinos and slot machines at the racetracks. “I look forward to the challenge,’’ Dempsey said. “We all know it’s a difficult budget.’’

Republicans immediately criticized the promotion of Dempsey, who pleaded guilty to drunken driving charges in 2003, was placed on probation, and lost his license for 45 days. The GOP said it reflected the misguided values on Beacon Hill, which has been implicated in the patronage scandal at the Probation Department.

“Speaker DeLeo is doing nothing to restore the public’s faith in the House of Representatives by appointing Representative Dempsey to such a powerful position,’’ Nathan Little, executive director of the state GOP, said in a statement.

Dempsey said yesterday: “This was a terrible mistake, which I will always deeply, deeply regret, and I apologize to the community and family and constituents and have used it as a major life lesson and have moved on with my work here in the Legislature.’’

DeLeo, who has been trying to fend off questions about his role in recommending associates and supporters for jobs in the Probation Department, sought with several of his changes to send a message that he is serious about fixing the agency.

He had demoted Thomas M. Petrolati — a Ludlow Democrat accused of packing the Probation Department with supporters — from his position as speaker pro tempore, the number three leadership position in the House, which cost Petrolati $15,000 a year. Yesterday, DeLeo gave Petrolati no prominent post, making him a rank-and-file member of three committees.

To succeed Petrolati, DeLeo chose Patricia A. Haddad, a Somerset Democrat. She has been one of the speaker’s negotiators, working with the Patrick administration and the state Senate on legislation to professionalize the Probation Department.

Several other lawmakers took on new assignments. Joseph F. Wagner, a Chicopee Democrat, was named chairman of the Economic Development and Emerging Technologies Committee, which will put him at the center of any future debate over expanded gambling. DeLeo also elevated Kathi-Anne Reinstein of Revere, a strong proponent of legalizing casinos and slot machines at the racetracks, to a leadership position.

William M. Straus, a Mattapoisett Democrat, was chosen to succeed Wagner as chairman of the Transportation Committee.