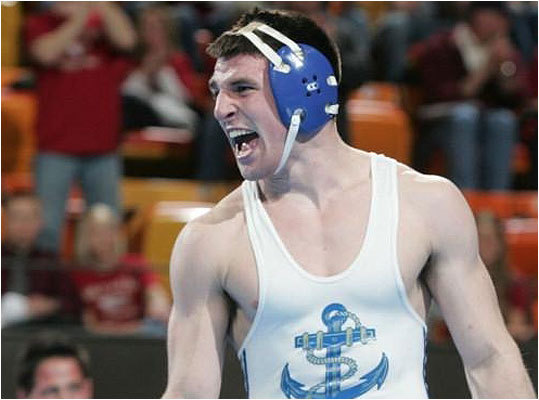 From the judge’s bench of any family court, the view of the world is rarely a pretty one. It is of splintered dreams and tarnished vows and the frustration and fury that inevitably follows.

One day in 1999, Judge Robert Scandurra had a view of something else as well. A divorced couple had been squabbling over child support and time with their 11-year-old son, but what Scandurra saw more clearly was that their lawyers couldn’t stand the sight of each other.

So Scandurra did something he had never done before and has rarely done since. He asked if he could meet with the mother and father alone in chambers, and their lawyers, to his surprise, agreed.

Over the next two hours, the judge and parents hashed through support payments, a parenting schedule, and a whole lot else. Toward the end of the session, the relieved parents, Jeff and Caroline, said they were trying to encourage their son, Vincent, to pick up a sport. Scandurra urged them to think of wrestling, elaborating on his days on the mat in high school and college. Both parents seemed to grab the idea and Scandurra, to his relief, never saw them in his court again.

Some five years later, Scandurra had begun refereeing matches, and he was at Plymouth South High School when he saw a vaguely familiar face in the stands, a woman shouting encouragement to a wrestler named Vince. “I put two and two together and it dawned on me who the familiar face was,’’ he said: Caroline.

Up in the bleachers, Jeff Renaut said to his former wife, “Does that ref look familiar to you?’’ It’s the judge, Scandurra, Jeff told her. “She almost fell off the bench,’’ he recalled yesterday.

They sought one another out after the match, in a reunion filled with thanks and laughs. The parents were getting along great, and Vincent, a freshman, showed promise in the sport. Scandurra went on to referee several more of Vincent’s matches over the boy’s four years at Plymouth South, which gave him a front-row view of an astonishing ascent.

In his junior year, he went 50-0, 37 of those wins by pinning his opponent. He was a Globe all-scholastic. He won the state championship for his weight class. He won the New England championship. He went out his senior year and won both agan.

It keeps going. At the US Merchant Marine Academy, a Division 3 school on Long Island in Kings Point, N.Y., Vincent had a breakout season last year, his junior year. In March, he headed to the Division 3 National Wrestling Championships in Iowa, where, unseeded, he won one match after another to win a spot in the finals.

Vincent’s parents were in the stands, though, sadly, with Caroline warding off disease. The judge was watching on his computer back home. The match was deadlocked in the final seconds when, in another burst of glory, Vince put his opponent down to clinch the title in the 165-pound class.

It would be the last time Caroline saw Vincent wrestle. She died last month after a two-year battle with breast cancer.

These days, Scandurra can’t contain his pride — in Jeff and Caroline, in his own role, but most especially, in Vincent. “He’s not a flashy wrestler, but he just demolishes these guys,’’ Scandurra said.

Jeff said of his former wife, “She was a great woman.’’ Of Scandurra, Jeff said, “When he brought us into chambers, we all turned the corner that day.’’

It’s a sentiment that Vince himself seconded. “Wrestling brought everyone together,’’ he said. “And the judge put the idea in everyone’s head.’’

When a judge makes a mistake, it’s often front-page news, film at 11, here we go again with an activist judiciary overstepping its bounds. It’s easy to forget, or to never realize, that every day, in quiet ways, judges can make a difference in people’s lives.