No safe haven for bullies 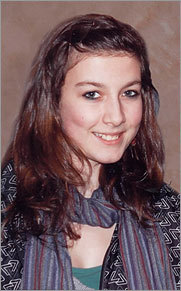 The recent apparent suicide of a South Hadley freshman named Phoebe Prince, after persistent bullying in and out of school, has led some to believe that help rests somewhere under that Golden Dome on Beacon Hill.

It’s pretty clear that whatever comes out of the Legislature will give schools and the police more tools to address bullying.

But computers and cellphones, which most kids master before they hit their teens, have allowed the bully in the playground to morph into an omnipresent threat, an electronic menace, often with an anonymous chorus online.

Cyberbullies using text messages and social networking websites were among those who hounded 15-year-old Phoebe Prince to the grave, so the thinking is if only the laws were stricter in this area, schools would be able to take out more of those bullies before it got to the point that a vulnerable kid felt there was no way out. If only it were that simple.

Elizabeth Englander is a professor of psychology at Bridgewater State College and runs a place called MARC, the Massachusetts Aggression Reduction Center. She says that although a lot of attention, especially legislative attention, has been focused on what schools can do to address and reduce bullying, parents are the real untapped resource.

“Almost all cyberbullying by kids takes place on computers in the home. Where are the parents? They don’t know what their children are up to online, and they don’t know how to talk to them about it,’’ Englander says.

The research Englander and her colleagues have conducted would give pause to anybody who thinks cyberbullies can be legislated into a corner. About 25 percent of kids say they have been the target of typical “in-your-face’’ bullying; 60 percent have experienced cyberbullying. Between 5 percent and 7 percent of kids admit to being typical bullies; 27 percent admit to being cyberbullies.

“Those are the kids who admit it, so you have to assume it’s higher,’’ Englander said. “If you, as a parent, feel your kid has been up to no good online, your kid is not a psychopath. It’s common. But you have to talk to them about it.’’

“There’s a big gap between what parents say and what kids say,’’ Englander said. “Ninety percent of parents said they check what their kids do online, but only half the kids say that’s true.’’

Free speech protections, central to the Constitution, make it hard to police cyberbullying.

“A lot of people are screaming for the schools to do something about cyberbullying but there are real legal constraints,’’ Englander said. “Legally, schools cannot discipline a child for off-campus speech unless it causes what the courts have called a ‘substantial disruption’ to the school climate. The Supreme Court left that term deliberately vague. Nobody has a definition for this so every school tries to figure it out.

“We’ve got to give the schools more guidance on when they can intervene legally, and teach them what they can always do. They can always have an informational meeting with the bully. . . . They can always support the victim and make sure there’s no follow-up bullying in school. But the ultimate disciplinarians have got to be the parents.’’

Englander says we need to treat bullying as a public health issue. We reduced teen smoking and drunk driving with massive education programs. We can do the same with bullying.

But it starts at home.

Anti-bullying resources can be found at www.marccenter.org.