Pundits make a pitch to get Schilling into race 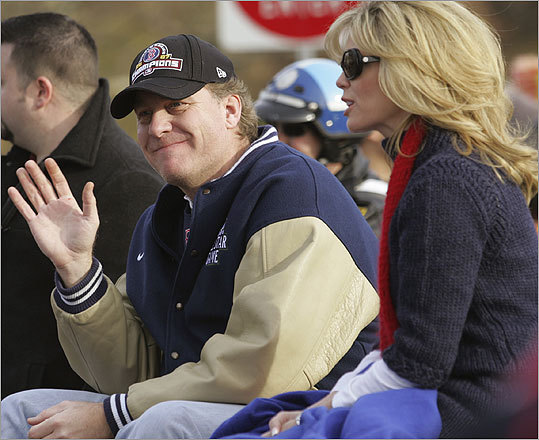 Schilling, an athlete nearly as well known for his strong opinions as his performances, told Brad Puffer of New England Cable News in an interview yesterday that he has been contacted about a possible Senate run, and has not ruled it out.

“I’m not going to divulge the discussions, but I’ve been contacted by people whose opinion I give credence to and listen to,’’ Schilling said. “And I listened.’’

Asked whether he would run, Schilling said, “As of today, probably not.’’

But after the interview, in a statement posted on his blog, Schilling sounded a more positive note. “I do have some interest in the possibility,’’ he wrote.

“That being said, to get to there from where I am today, many, many things would have to align themselves for that to truly happen. I am not going to comment further on the matter since at this point it would be speculation on top of speculation.’’

If Schilling, who founded a gaming and digital media company in 2006 called 38 Studios, were to give it a go, he would presumably run as a Republican - he supported President George W. Bush in the 2004 election and campaigned for Senator John McCain in the 2008 presidential race.

And there would be room in the Senate for another former Major League pitcher: Jim Bunning, a Hall-of-Famer who pitched mostly for Detroit and Philadelphia, is retiring from the Senate next year after two terms.

Schilling is only the latest to float his name as a Kennedy successor. Others seriously considering running are Attorney General Martha Coakley; US representatives Michael E. Capuano, Stephen F. Lynch, and Edward J. Markey; and possibly former US representative Joseph P. Kennedy II.

Tarah Donoghue, a spokeswoman for the state GOP, said the party leadership had not been in contact with Schilling, but added, “We’re thrilled so many Republicans are considering a run for US Senate. We have a real opportunity here.’’

We all know Schilling could pitch. But can he stump? The World Series hero seems uncertain.

“I don’t have a really good filter,’’ Schilling said in the NECN interview.

“Actually, my first press conference could probably be my last as someone on the political scene, which probably wouldn’t be a bad thing.’’

Charley Manning, a Republican political strategist and longtime friend of Mitt Romney, said yesterday that the news of Schilling’s interest in the seat created a ripple effect among Republicans and in political chatter throughout the day, indicating the excitement a Schilling candidacy would bring.

“I think it’s the most exciting part of the Senate race so far, whether he might run for the office,’’ Manning said.

“I think it’s a time in which people have sort of soured on politics as usual. They are not happy about what’s going on in Washington right now and it’s a perfect time for someone who has been successful in other fields to bring that experience to Washington and really change things.’’

But a baseball player?

Manning said Schilling’s founding of the company would be proof of his commitment and investment in Massachusetts, because the former All-Star could have chosen more tropical places to settle. And, he noted, Massachusetts loves a star in a senator: Prior to election, Kennedy was a national figure, as were US Senator John F. Kerry and Edward W. Brooke, III, the nation’s first black US senator.

“Curt Schilling is already a national figure, well known all around the country, and the idea of him running has to be taken very seriously,’’ Manning said.

“He has to make up his mind if he’d like to take up the challenge, and all of us who know Curt Schilling, who have followed his career, know that he’s someone who likes to take up challenges.’’

Due to a reporting error in an earlier version of this story, the name of Edward W. Brooke, III, was misspelled, and he was incorrectly reported as having passed away.

Correction: Because of a reporting error, a story in Thursday’s Metro section about Curt Schilling’s possible run for Senate mischaracterized former senator Edward W. Brooke III of Massachusetts. Brooke was the first black senator elected by popular vote, but Hiram Rhodes Revels of Mississippi was elected by the state legislature to the Senate in 1870 and served during the Reconstruction era.