A confidentiality conundrum at the T 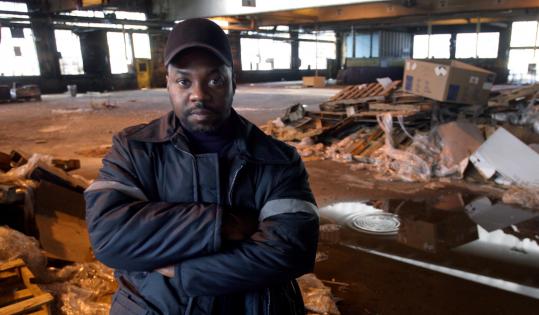 You may have heard that the Massachusetts Bay Transportation Authority spent $300,000 four years ago to settle a discrimination lawsuit filed by one of its employees. But odds are pretty strong that you know nothing about this particular expense.

That's because the T approved a 2005 agreement with employee Terrence Ward that was "strictly confidential," according to court documents.

The Globe published an article about Ward earlier this month. He's a longtime employee who has another suit pending against the T.

The T had declined to release the 2005 settlement before the April 3 article was published, citing a confidentiality agreement. Weeks later, after a public records request from the Globe and several follow-up e-mails, the T released the $300,000 settlement.

But should a public agency ever agree to that, given the high interest level in its finances and the T's particular history of employment discrimination? The agency, which has struggled to overcome a history of discrimination against women and minority employees, was forced to operate under an equality opportunity agreement between 1997 and 2005 that allowed the state attorney general's office to monitor hiring, promotions, and discipline.

Lawsuits are a major expense at the T, which is now laying off employees and threatening a fare hike and service reductions. The authority budgets $7.5 million to $9.2 million per year for legal settlements, according to Jonathan Davis, deputy general manager. In the coming budget year that begins in July, the T may have to spend an additional $5 million to $15 million more, depending on how several pending cases turn out, he said.

Keeping cases confidential lessens the scrutiny on the expense. "They lock people into confidentiality, where they can't talk about it, and no one can follow the pattern," Ward said.

Mitchell said his "guess" is that Ward requested confidentiality; Ward said it was at the T's request.

In general, Mitchell said, many employees want to prevent co-workers from learning about their cases and the T will often agree to the request for confidentiality to help settle the case.

When that happens, the T insists that the employee also be banned from discussing the settlement, but informs opposing lawyers that the agreement will become public if the authority receives a public records request, he said. (Ward's settlement said the agreement applies "except as required by state or federal law or regulation . . .")

The Patrick administration also has a policy against confidentiality agreements when it gets sued, said spokesman Kyle Sullivan.

The subway has Charlie, but on the roads, it's the 'Boston Driving Blues'
Last week, I asked readers for great commuting songs, in tribute to the 50th anniversary of the Kingston Trio's version of "The MTA Song," the most famous ballad dedicated to local transit, and the inspiration for the MBTA's Charlie Card.

Readers offered some excellent suggestions - from the obscure to the popular. My favorite came from WBRS True Blues radio host Greg Sarni, who pointed to "Boston Driving Blues," by Steady Rollin' Bob Margolin.

It includes this classic line: "If you see a yellow light in Boston, speed up and get on through/If you linger you'll get the finger, and the car behind will merge with you."

Margolin, a guitar man who spent years touring with Muddy Waters, wrote the song while driving through Alabama in 1992.

"It was so slow and friendly, and I was realizing I was heading up to Boston the next week for a session," Margolin recalled in a telephone interview last week. The thought of it reminded Margolin of his youth in Brookline, and how his father taught him to survive behind the wheel.

"Anytime I want to, I can pull out my Boston driving skills and basically roll over just about anybody," he said. "I don't know if that's something to brag about."

Margolin said he usually performs the "Boston Driving Blues" when he plays locally and is always greeted by knowing chuckles from the crowd.

"They live it every day and I don't anymore," he said, sounding relieved.

To hear the song, go to www.boston.com/starts.

Getting the benefit of doubts on Storrow
Boston's confusing signs can drive motorists mad. But sometimes they can leave others with unintended benefits.

Kate and Joe LeBlanc of Boston must have felt like they were in an alternate universe, driving down Storrow Drive last Sunday, with virtually no traffic around them.

They had snuck in, sort of. The couple saw an electric traffic sign warning that the road was closed to inbound traffic. But they were too late to choose a different route to I-93.

"It was not only wide open, but volume was light, Kate wrote. That night, on their way home, they saw backups all over the area. The sign was still on, warning drivers away from Storrow.

It turns out the LeBlancs were right and the sign was wrong. Unfortunately, others had to suffer through needless tie-ups.

Wendy Fox, a spokeswoman for the Department of Conservation and Recreation, said the Storrow Drive Tunnel is in fact closed daily from midnight to 5 a.m. for repairs. The electric sign is supposed to be turned off the rest of the day and evening. The contractor made a mistake last week, and left the sign flashing.

DCR has asked the contractor to be extra vigilant in the future," she wrote. "Making sure the sign is on only when the roadway is closed."

© Copyright 2009 Globe Newspaper Company.
AUDIO A song for Boston drivers
Your comment is subject to the rules of our Posting Policy
This comment may appear on your public profile. Public Profile FAQ