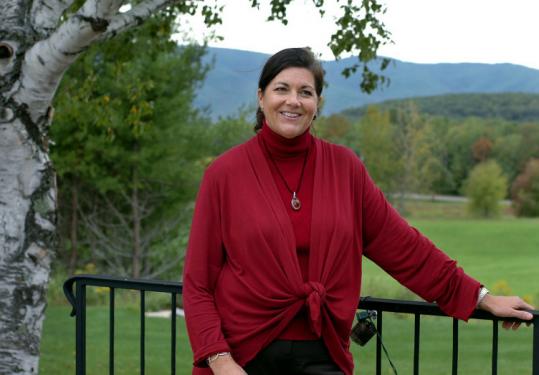 Seven years after she bowed out of an uphill battle for the governor's office, Jane Swift, the former acting governor, is officially dissolving her state political campaign account and donating the funds to a charity for foster children.

Though she does not rule out a future run for Congress, Swift said she is no longer mulling a state campaign.

"I think it's the right time. I don't have any short-term plans to run for statewide office," Swift said in a phone interview. "It was really important to keep my political options open, all of them, after I left office. It wasn't a long-planned departure so I wanted to make sure I didn't do anything hastily, but it's pretty clear to me from a personal and professional standpoint that a statewide campaign isn't in the near future."

Swift, who at 25 was the youngest woman elected to the Massachusetts state Senate, ran for Congress unsuccessfully in 1996. Then she was tapped as Governor Paul Cellucci's running mate, won office, and vaulted to the governor's office when Cellucci left midterm. Her tenure was marked by controversies, however, and by the time she made history nationally - as the first woman in the country to have a baby while serving as governor - she was considered politically vulnerable in Massachusetts.

With plummeting approval ratings, she bowed out of the race for governor in 2002 when Mitt Romney stepped in and siphoned off party support. Last year, Swift campaigned for US Senator John McCain, who claimed the party's presidential nomination over Romney.

Although Swift has held the door open for a political comeback, she is now focused on consulting for private, for-profit education companies, and raising her three daughters in Williamstown. Her husband, Chuck Hunt, has opened a riding ring and is running their farm as a business. Swift yesterday was coordinating a Shakespeare festival.

"I enjoy doing that stuff," she said. "There are lots of ways to make your community and state and country better."

Several other former officeholders continue to retain their state accounts after surrendering their titles. After leaving the State House for a presidential campaign in 2007, Romney has $18,665 left in his account, even after spending $12,500 in partial payments for his official portrait in January, state records show. Romney's lieutenant governor and 2006 candidate for governor, Kerry Healey, still had $19,690 in her political account at the end of March, according to the state Office of Campaign and Political Finance.

Politicians who close down their campaign accounts have four options for the remaining funds: donating to a local city or town, to the state's general fund, to a charity, or to a scholarship fund, according to the political finance office.

Swift committed the remainder of her campaign funds - about $159,000 - to the DCF Kids Fund, a nonprofit that provides financial assistance to the 45,000 children in foster care through the Massachusetts Department of Children and Families. The charity provides foster children everything from car seats and clothes to piano lessons and SAT training.

"The fact that I was a high-profile mom when I was in politics and focused a lot on children's and family and education issues made finding and identifying a charity pretty easy," Swift said.

"I can't think of a better use of the funds. It's really a tribute to all the people who supported me through my time as an elected official."

Her donation is a significant one for DCF Kids Fund, which raised about $370,000 last year, said Saf Caruso, executive director of the fund.

"I am just so, so touched by her kindness," said Caruso. "I could barely sleep I was so excited. This is going to help us in so many ways. We are just eternally grateful."