Researchers dig for clues to Irish immigrants’ past

Archeologists, students join forces to search for Irish immigrants’ past 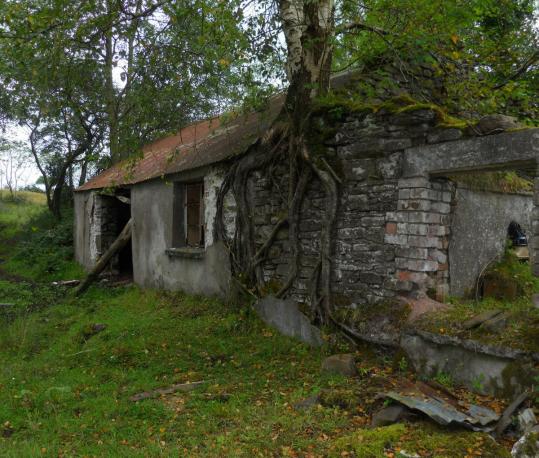 The project started on the lawn of a Lowell church, and ended in an Irish pub.

On a hot day in mid-August, the sun shone brightly on the well-kept lawn of St. Patrick’s Church on Suffolk Street in Lowell, a church built by Irish immigrants in the 1800s.

Under a canopy providing shade, students stirred the dirt in a shallow trench, painstakingly examining and brushing at what used to be the foundation of a house.

From this and another hole, neatly carved into the sod, they unearthed pieces of history from both sides of the Atlantic.

“It takes time, because we’re looking for anything that we can find, even if it’s just a small rusted nail or small chip of pottery, because those small hints are things that you know were part of the everyday household back then,’’ said University of Massachusetts Lowell senior Dimitrios Booras.

“We know that wooden houses need nails. When we find a chip of pottery or chip of plate, that means there used to be a whole plate.’’

By finding a large collection of those items under the church lawn, he said, “It’s really strong evidence that buttresses any theories we come up with.’’

For the second straight year, students from the UMass Lowell and Queen’s University in Belfast were digging on the church lawn for clues about the lives of immigrant workers who helped dig Lowell’s canals, which powered the textile mills central to the growing city’s economy.

After pleasantly surprising results from 2010 - when students found 1,532 artifacts in five days - the dig was continued this year with an added component.

The Irish students made the trip to Lowell, and the UMass team then traveled to Northern Ireland to dig at the former home of Hugh Cummiskey, who in 1822 was hired by textile mill owners to bring Irish immigrants to Lowell from Boston, to work on building and widening the canals off the Merrimack River.

The project involved both universities and the St. Patrick’s Parish, coordinated by UMass Lowell’s Center for Irish Partnerships. A total of five students took part (two from Lowell), along with faculty from both schools and the historian for St. Patrick’s.

For the US students, the trip was extended after Hurricane Irene made air travel to the East Coast perilous, allowing them a few extra days in Dublin before the start of the academic year.

“Queen’s had an interest in Lowell because of their historical archeology project,’’ said Frank Talty, political science professor and codirector for the center. “Lowell, they knew, was an early Irish center of immigration. The more we collaborated, the more we identified a common interest of studying the pre- and post-immigration lifestyles of the Irish - before they left Ireland, and once they got to Lowell, how it changed.’’

In its first year, 2010, the dig confirmed the existence of settlements that were built in the section of the city called The Acre, which would go on to become a welcoming point for other new immigrant groups. The church was built roughly in the center, as a point of unity.

“The people from Dublin and the people from Cork [living in different camps] were always fighting,’’ said David McKean, historian for St. Patrick’s Church, who started a blog about the dig. “That’s why the church is where it is [between the camps], to stop them from fighting.

When the team from Queen’s University first came to the states, “I brought them all around, but they kept coming back here,’’ he added.

“They thought this was virgin territory [because] nobody had touched it since 1854. I didn’t see it, but they could see that there had to be something under here.’’

They could not have been more correct, as the five-day dig in 2010 yielded a steady stream of pottery, oyster shells, shank bones from cows, a clay pipe and pipe stems, along with a major find: a foundation stone from one of the camps.

“It was a small area we opened up,’’ said Colm Donnelly, archeologist and director of the Center for Archaeological Fieldwork at Queen’s University. “It gave us an insight into what life was like for those who lived here.’’

The number of artifacts found during this year’s dig didn’t match the results from last year (the school didn’t supply a number), but what the students discovered was still valuable. On the Lowell site, the focus was on unearthing the foundation of the home of a former St. Patrick’s pastor.

In Ireland, one archeology student expressed surprise at how few artifacts were found on the site. But students were able to confirm that the house was very similar to others in rural Ireland during that period.

As McKean, the St. Patrick’s historian, blogged: “I am beginning to understand [Cummiskey] more. You don’t really feel you know someone until you’ve been invited to their home and got to see what their life is like.’’

For more on the dig, go to McKean’s blog at irishlowell.blogspot.com.

Shared findings
LOWELL, 2010
The teams were pleasantly surprised to unearth 1,532 artifacts - including nails, pipe stems, chips of pottery, clay marbles, and oyster shells - from the front lawn at St. Patrick’s Church , and they also discovered the foundation of a home. The findings confirmed what historians had already recorded: that the site was once the settlement of Irish immigrants who spent their days digging Lowell’s canals.
LOWELL, 2011
The artifacts were less numerous, and archeologists and students focused on uncovering the foundation of a house, which they believe was that of a former church pastor.
IRELAND, 2011
For the first time, the teams dug at the remains of the boyhood home of Hugh Cummiskey, born in 1790 in County Tyrone, Northern Ireland. The dig yielded few finds, though the foundation and materials indicated that it was typical of Irish homes of that era.