THIS STORY HAS BEEN FORMATTED FOR EASY PRINTING
NORTH END 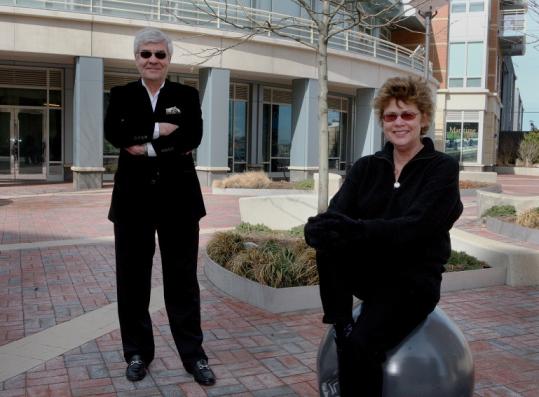 At the beginning, back in the 1640s, there was a gun battery on the wharf, one of two built to protect the Colonial town from an attack by sea.

Here, on Commercial Street at the foot of Hanover Street, over the years, immigrants arrived, bales of cotton were landed and stored, candy-making thrived on the port's cargoes of molasses and sugar, and the "penny ferries" from East Boston docked.

During the last half-century, the wharf was home to Bay State Lobster Co., the Coast Guard station, and the Boston fire boat dock at Burroughs Wharf.

But through all the changes in its use, and throughout the city, it kept the name Battery Wharf, recalling its earliest homeland security use.

And coming this spring to the Fairmont complex, with an entrance off the wharf, will be the Boston Maritime Museum - which will bring together the various aspects of the wharf's 350-year history, said museum project manager Susan Wilson.

"It's a 'pocket museum,' " said Robert Krim, executive director of the Boston History & Innovation Collaborative, which developed the museum's content. Krim noted that still in the planning stages is a Boston history museum along the Rose Kennedy Greenway.

On a recent visit to Battery Wharf, workers were fitting out the Maritime Museum's 1,100-square-foot exhibition space.

But interpretive signs are already in place on the extension of the city's Harborwalk that runs along the edges of the two-pronged wharf.

The signs carry images from a 20-minute video, "Melodic Vision," created by Wilson's production company. The video will be shown on a continuous loop.

Among the exhibits will be a large live-oak timber preserved over the years at the Charlestown Navy Yard for use in repairing wooden-hulled warships like the USS Constitution, which was built in a shipyard near Battery Wharf.

And the museum's floor itself will be crafted from the old wharf's oak pilings, which were replaced by concrete pilings during construction of the hotel.

François Nivaud, a consultant to the hotel-residential development, has been an enthusiastic supporter of the museum project from the beginning. "François has been our 'go-to guy' and champion," said Krim.

The museum was part of the mitigation required of the hotel's developer under the state's Chapter 91 tidelands regulations.

Thus, while the granite-block seawall - not the original, but dating from 1892 - is not on any historical preservation register, Nivaud has described it as "part of a heritage and culture. . . . It's how Boston was built." Now covered over by the hotel, the old seawall can be glimpsed from the harbor.

Also required by the Chapter 91 mitigation was public access to the wharf, from public restrooms, and a water taxi landing on the Harborwalk extension.

"It is really meant to be public," Nivaud said. "The museum is something we'll promote." And, he added, "it's free."

Placing the exhibit in the context of other "pocket museums" along the waterfront, Vivien Li, executive director of The Boston Harbor Association, said it has "the potential to be the prototype for 21st century waterfront attractions."