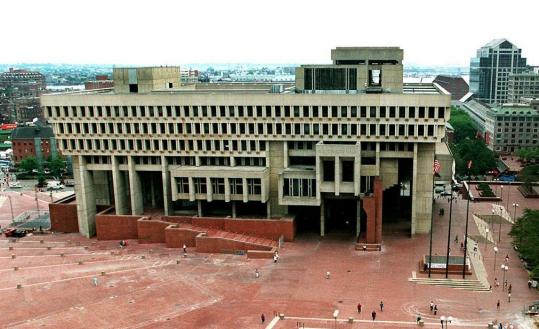 For decades, Boston's City Hall has been the object of scorn. Although some architects have praised its Brutalist design, detractors have derided it as the Incredible Hulk and said that it resembles a jail and "the crate that Faneuil Hall came in."

Now City Hall, which opened in 1969, is getting some unflattering international attention: It heads the list of the "World's Top 10 Ugliest Buildings and Monuments" compiled by the website VirtualTourist.com, which provides travel information.

Readers of the website pointed out the building's "dreary facade" and "incongruity with the city's more genteel architecture," according to the site.

Mayor Thomas M. Menino has long disliked City Hall and has proposed tearing it down and building an "architecturally magnificent" replacement on the South Boston Waterfront.