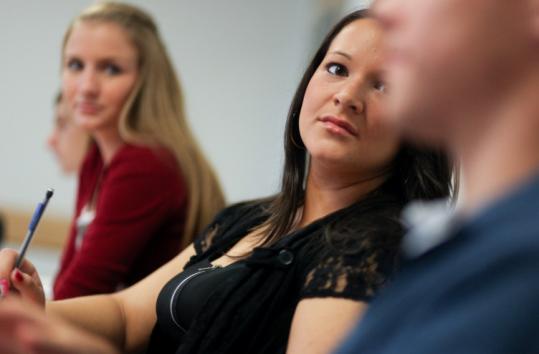 Seeking to trim the cost of a college degree at a time when many families are struggling with tuition, the University of Massachusetts Amherst this fall plans to introduce a program to make it easier for students to graduate in three years.

By introducing a formal three-year degree option, UMass joins dozens of other schools around the country that have decided that students’ desire to save money in some cases trumps officials’ traditional concerns that they have a full four years to explore and grow intellectually and socially.

“As the state backs out of support for public higher education, and families take on a bigger chunk of the burden, we need to try to mitigate that,’’ said James Staros, UMass Amherst provost. “We thought, ‘What can we do to shorten the time and cost for a UMass education, without diluting the degree?’ ’’

Although many colleges allow some students to graduate early, UMass will be the first major university in Massachusetts to offer a formal program, which will include advisers who can help students plan a path to a three-year degree.

There are a few other local examples of the national trend: Nichols College in Dudley this year began allowing business majors to graduate in three years. And Lesley University in Cambridge will introduce the option next fall.

At UMass Amherst, this year’s freshmen majoring in economics, music, and sociology will be able to join the three-year degree track; eventually, students in one-third of the university’s 88 majors will be eligible.

A small number of highly motivated students have found ways to compress their college years by taking a heavy course load during the academic year and adding classes during the summers. About a dozen students a year have done this at UMass.

But this fall, Staros said, students entering with enough Advanced Placement credits will find it easier to graduate in three years, with the help of advisers trained to steer them through a sequence of courses that may include online offerings and summer classes.

About 10 to 25 percent of the university’s 4,500 freshmen enter college with enough Advanced Placement credits to qualify for three-year degrees, Staros said. He said he expects that the number of students who seek to graduate in three years will grow as a result of the new formal option.

“It’s a very focused program,’’ he said. “It’s not for students who go to college and take a year to figure out what they want to do.’’

Because of the heavier course load required to graduate in three years, the expedited degree track would not be a good option for students who want to study abroad, double-major, or conduct independent research, he said. Some of those students could be steered toward a new five-year program, during which they could obtain both a bachelor’s and master’s degree.

Many students struggle to complete their work in four years; only a quarter of students enrolled in public colleges and half of those in private schools graduate on schedule, according to the Association of American Colleges and Universities. Half of students entering college require remedial courses in math or writing, said Debra Humphreys, an association spokeswoman.

Traditionalists have long been wary of speeding up undergraduate education, a time US students have traditionally used to explore varied academic disciplines and develop into adults. And employers today are looking to hire graduates with a broad set of skills that are transferable as workers change jobs or careers, Humphreys said.

“For most students entering college, they don’t necessarily have a full grasp of where they want to end up or what they want to study,’’ Humphreys said. “At least four years is an appropriate amount of time to both figure out what they want to major in but also to get the breadth of learning they are going to need. Too narrow a focus will leave one ill-prepared to succeed.’’

But Senator Lamar Alexander of Tennessee, a high-profile advocate of three-year degrees, has argued that despite some drawbacks, universities need to be responsive to a rapidly changing world to stay competitive. Experimenting with shortened degrees is more palatable than asking Congress for more money, asking legislators for more support, or asking students to pay higher tuition, the former US education secretary wrote in Newsweek last fall.

The number of schools offering three-year degrees is growing rapidly.

Five years ago, fewer than a dozen schools offered such degrees, according to Marty Bradley, a business professor who helped develop one of the first programs, at Southern New Hampshire University. That was 13 years ago, when the school received a federal grant to restructure its curriculum to save families money.

This fall, more than 50 schools in the United States will have the three-year option, or have plans to introduce it, Bradley said. And he expects that number to double to 100 by the fall 2011.

Many schools offering three-year options are small, private colleges trying to compete with for-profit schools for students, said Bradley, who is writing a book about the subject. Others are public universities that have been mandated by state legislatures to provide the option; the University of Rhode Island has done that, and the Ohio and Tennessee legislatures are considering it, he said.

Southern New Hampshire University recently expanded three-year degrees beyond its undergraduate business program to criminal justice and creative writing. The three-year business program, which enrolled its largest class of students this fall, has been so successful that the university is considering making three years the norm.

Unlike many other schools touting three-year degrees, Southern New Hampshire does not require extra courses or summer school. Faculty there have redesigned the three-year curriculum with an interdisciplinary approach; public speaking, leadership, problem-solving, and other skills are embedded in English or math classes, university officials say, so students can earn the same number of credits as their four-year counterparts but take a reduced number of courses.

Jessica Henault, one of 40 first-year business administration majors planning to graduate in three years, said she chose Southern New Hampshire because of the three-year option, even though some of her peers were puzzled why she would want to cut her college years short.

Henault said she is not missing out; she is considering rushing a sorority, and plans to join the university’s student events committee. She also looks forward to taking on internships, and spending a summer studying abroad.