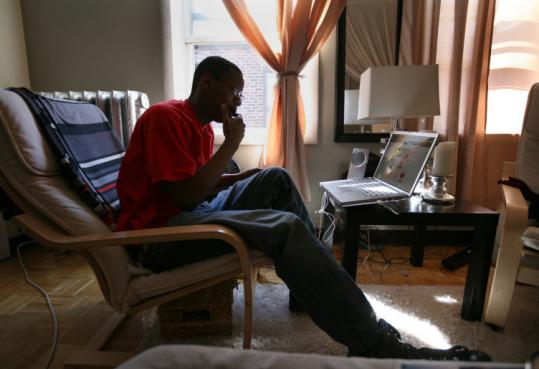 Nearly 90 percent of high school students in the Metco program are going on to college, far surpassing the rate for minority students in the Boston public schools. But Metco graduates of suburban high schools, which traditionally have been feeders for top-tier universities, attend decidedly less selective and prestigious colleges than their classmates.

The Metco graduates enroll in two-year colleges and career and technical schools at a far higher rate than their suburban counterparts, a Globe review has found. Only a small number of the minority students attended highly selective colleges, a familiar destination for white students graduating from such high-powered public school systems as Wellesley, Belmont, and Lexington.

The Metco program, which is funded by the state, had not previously tracked the college destinations of its graduates and only did so in response to a Globe request. Several program directors expressed surprise at the findings.

The results suggest disparities in readiness between suburban students and minority students in the 43-year-old program and raise questions about how much schools can do to overcome class and racial differences.

"Our kids should be doing better than that," said Stephen Pereira, who directs the Metropolitan Council For Educational Opportunity program in Arlington, where in the past two years more than half of Metco graduates have gone on to attend two-year colleges. "They just aren't going on to top-tier schools. It really jumped out at me. I think it would jump out at anyone."

Metco officials and other education specialists said financial limitations force many graduates to turn down better-known colleges in favor of two-year schools close to home.

"They are doing it to save money, and we encourage that," said Metco director Jean McGuire. "The demographics of our students are very different than their suburban classmates', and money is a huge issue for them."

Some students attend community college at night so they can keep their day jobs, McGuire added.

Most Metco administrators said they were unconcerned that graduates are attending lower-tier colleges and said it was unfair to compare Boston students with their suburban counterparts.

But some Metco students said that while their classes prepared them for college-level work, their high school counselors did not urge them to consider a broad range of colleges. The students also said they were unaware they were eligible for substantial financial aid to defray the cost of a four-year college.

Several specialists familiar with Metco, however, said the program has proved an excellent pathway to higher education for urban students, many of whom are the first in their family to attend college.

"The college-going rate [of Metco students] is extraordinary, given the socioeconomic status of their families," said Richard D. Kahlenberg, author of "All Together Now: Creating Middle Class Schools Through Public School Choice" who has studied racial integration plans. "The single leading determinant of academic achievement is the family, and family influences don't stop when the student starts kindergarten."

Over the past four years, 88 percent of students in the voluntary desegregation program, which sent 3,275 black, Hispanic, and Asian-American students last year from Boston to 31 suburban districts, enrolled in college, according to information provided by Metco. That proportion generally matches the overall college-going rate at the high schools they attend.

Nearly 30 percent of the Metco students went on to predominately two-year colleges or career and technical schools. That figure was greater than the state average of 22 percent and far greater than the proportion at suburban schools, where it is often below 10 percent.

Asheleigh Jackman, a freshman at Bunker Hill who graduated last year from Arlington High, said she chose Bunker Hill for its low cost and location on the train line from her Dorchester home. But the 19-year-old said she did not give much thought to her college options while in high school and ultimately did not take the SAT, even though she had studied for it.

Jackman said that she had always hoped to attend college and that attending a suburban school helped her achieve her goal.

"In Boston, classes were loud, and no one paid attention," said Jackman, who enrolled in Arlington High School in ninth grade. "In Arlington, everything was quiet."

About 67 percent of Boston public school graduates go on to college, although the district does not break down college-attendance rates by race.

By contrast, Metco officials say that virtually all students in the program over the past five years have graduated from high school.

Begun in 1966, Metco was designed to give black students who were stuck in segregated schools in Boston a chance at a better education and to bring a measure of racial diversity to the virtually all-white suburban classrooms. The Springfield school system also sends about 125 students to six communities.

Today, about 80 percent of Boston-based Metco students are black, 16 percent are Latino, and 4 percent are Asian, Metco officials said. Most of the students start in kindergarten or first grade.

About 12,000 children are on a waiting list for the program, which many Boston parents see as a golden opportunity. Students are admitted in the order they apply, although siblings of Metco students are often given preference.

Some say more should have the chance to attend, calling Metco "a demonstrable success."

"The hard reality is urban districts are not reforming fast enough to save these children," said Jamie Gass, director of the Center for School Reform at the Pioneer Institute, which would like to see the program replicated in other Massachusetts cities.

Adrian Munoz-Bennett, who directs the Metco programs in Walpole and Foxborough, said Boston students make many sacrifices to attend suburban schools, including days that often last well over 12 hours door to door. Students confront racial isolation in classrooms where minority-group members are scarce and battle the perception of being outsiders. By leaving, they pass up the chance to attend school with friends from their own neighborhood.

Still, guidance counselors, who said they struggle at times to convince Metco students that they are as worthy to attend college as their suburban peers, said the new findings make that effort more urgent.

"In suburbia, it's assumed; that's all they know," Munoz-Bennett said. "But the Boston students may not have that same sense, and sometimes that makes for a more difficult journey. In a way, they are part of the Boston schools whether they want to be or not."

Michael Toney, a 21-year-old junior studying graphic design at Northeastern University, said his outlook on school changed when he went to Melrose High School through the Metco program. Once an afterthought, classes became his focus, his grades a point of pride.

Without Metco, he said, "I honestly don't know what I'd be doing."