THIS STORY HAS BEEN FORMATTED FOR EASY PRINTING
IN PRACTICE 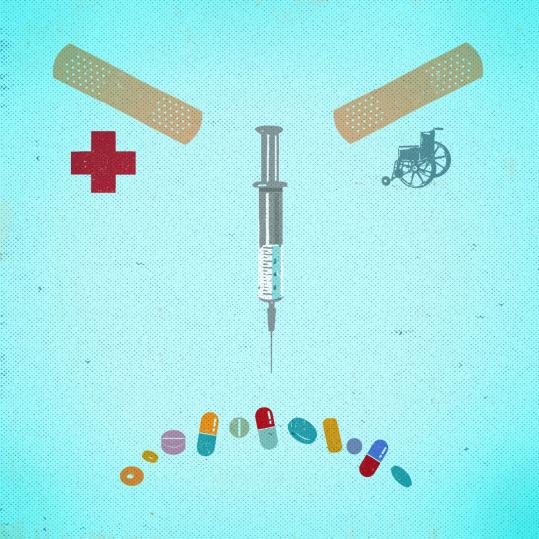 For many years I was this woman’s doctor and she was my patient. The relationship had not been easy. Her list of complaints about me was long and she recited it often: I prescribed too many drugs, but not the ones she needed. My office was inconveniently located, but the doctors nearer to her home were even more incompetent than I was. I didn’t spend enough time with her (even though our visits routinely lasted three times longer than scheduled), but it didn’t matter, because I couldn’t help her anyway.

Every time we met, an old joke came to mind - the one about the man who whines, “The food in this restaurant is terrible, and the portions are so small!’’

One day, something - I don’t know what - made me interrupt my patient’s accusatory litany to ask: “Is there anything I can do to make you happy?’’

Had I, too, mellowed? Had my stiff, professional forbearance of this woman softened into empathy or, a word we don’t use as much anymore, sympathy? Or, could it be that what I felt for the old woman, widowed, in a wheelchair, tethered to an oxygen tank, was - now here’s a word you never hear anymore - pity?

Or, perhaps, I was merely exasperated.

Whatever it was that prompted my question, her surprising answer popped out as if it had been on the tip of my patient’s sharp tongue all the years I had known her. She said: “Just tell me that you love me.’’

I didn’t know how to respond. I didn’t love her. I didn’t even like her.

In 1978, MGH psychiatrist James E. Groves published a now-classic article in the New England Journal of Medicine titled “Taking Care of the Hateful Patient.’’ “Hateful patients,’’ Groves noted, “are not those with whom the physician has an occasional personality clash.’’ Rather, they’re the patients whose names evoke cold dread every time they appear on a doctor’s schedule or in his or her phone messages. That would certainly describe this patient, whose calls and visits never failed to induce in me a long silent groan. Groves argued that if a physician owns up to his or her negative feelings about a patient, and specifically characterizes those feelings, treatment becomes more effective.

For example, Groves wrote, if a patient repeatedly makes a doctor angry, the patient is likely a “demander’’ whose unreasonable expectations simply need to be redirected into a desire for good medical care. A patient whom a doctor finds depressing may be a chronic “help rejecter’’ who needs reassurance that the doctor won’t abandon him or her once a symptom abates. Two other categories of hateful patients Groves identified are “clingers’’ and “self-destructive deniers.’’

I didn’t read Groves’s article until just recently, but if I’d read it earlier I doubt it would have helped me much with my patient. For one thing, she wasn’t really hateful - I didn’t hate her any more than I loved her. Also, she didn’t fit neatly into any of Groves’s categories. She could be clinging, demanding, help-rejecting, and in denial, sometimes all at once.

And she could also be, I had to admit, inspiring. As with most people, my patient’s flaws were the flip side of her virtues; the same orneriness that made her so unpleasant to me had seen her through several life-threatening illnesses. I sometimes wondered if she’d survived the odds against her out of sheer spite.

In fact, for all her overt hostility toward me, this woman was a remarkably good patient. She kept appointments, took her medications faithfully, and, even when ill, tried her best to maintain a consistent exercise routine and healthy diet.

Did it really matter, then, what I felt about her? Groves concluded that ultimately a doctor’s feelings toward a patient are only important insofar as they affect his or her behavior. I always believed that, though I had negative feelings toward this patient, my behavior toward her was helpful and appropriate - that I had played the good doctor to her good patient - despite the tension that clouded our every exchange.

Still, that day when I found myself unable to tell the woman that I loved her, I began wondering what I did feel for her. There was no simple answer. She evoked in me feelings of guilt, protectiveness, admiration, annoyance, helplessness, responsibility, inadequacy, defensiveness, frustration, and even affection.

Once, when another doctor saw her in my absence and commented on what a pain she was, I flinched as you might when someone criticizes a close relative you’ve criticized liberally yourself. She was a pain, yes. But she was my pain.

The woman lived only a few months after that day. At the end of her life, our relationship seemed to soften. She became less prickly with me and I stopped dreading her calls and visits.

I can’t say that I came to love the woman, but her bold question did force me to acknowledge my complicated feelings toward her, to let my guard down with her, to stop resisting her presence in my life.

That day she asked me to tell her that I loved her, I couldn’t think of anything to say. Lacking words, I leaned in to hug the woman, first moving aside the metal part of the stethoscope slung around my neck so it wouldn’t get trapped between us and press painfully into her bony chest.

It was an awkward hug, not entirely sincere on my part - probably not entirely satisfactory to her, either. But the distance between us had been partially bridged, and we both knew it.

Dr. Suzanne Koven is a primary care internist at Massachusetts General Hospital. She writes a monthly column about the uncertainties, dilemmas, and stories that patients and doctors share in practice. Read her blog on Boston.com/Health. She can be reached at inpracticemd@gmail.com.