GPS shoes for Alzheimer's patients to hit US 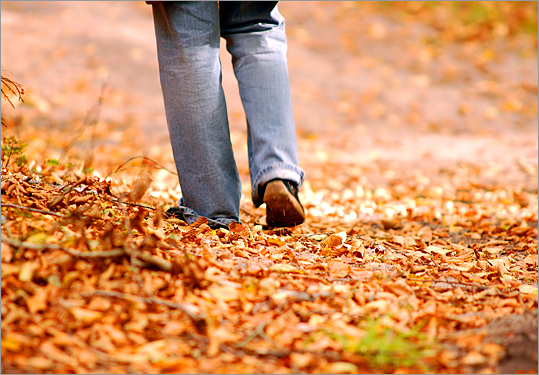 (WASHINGTON-AFP) - The first shoes with built-in GPS devices -- to help track down dementia-suffering seniors who wander off and get lost -- are set to hit the US market this month, the manufacturer says.

GTX Corp said the first batch of 3,000 pairs of shoes has been shipped to the footwear firm Aetrex Worldwide, two years after plans were announced to develop the product.

The shoes will sell at around $300 a pair and buyers will be able to set up a monitoring service to locate "wandering" seniors suffering from Alzheimer's Disease.

Andrew Carle, a professor at George Mason University's College of Health and Human Services who was an adviser on the project, said the shoes are likely to save lives and avoid embarrassing and costly incidents with the elderly.

"It's especially important for people in the earliest stages of Alzheimer's who are at the highest risk," Carle told AFP.

"They might be living in their home but they're confused. They go for a walk and they can get lost for days."

Carle said studies indicate more than five million Americans suffer from Alzheimer's, a number expected to quadruple in the coming years. He said 60 percent of sufferers will wander and become lost and up to half of those lost who are not found within 24 hours may die, from dehydration, exposure or injury.

Other devices such as bracelets or pendants can provide similar protection but seniors often reject these.

"The primary reason is that paranoia is a manifestation of the disease," Carle said. "If you put something on someone with Alzeheimer's that they don't recognize, they remove it. If it's a wristwatch and it's not their wristwatch, they will take it off. So you have to hide it."

The GPS system, which is implanted in the heel of what appears to be a normal walking shoe, allows family members or carers to monitor the wearer and to set up a "geofence" that would trigger an alert if the person strays beyond a certain area.

The shoes are being developed by GTX Corp., which makes miniaturized Global Positioning Satellite tracking and location-transmitting technology, and Aetrex. They received certification from the Federal Communications Commission this year for the system.

The makers say the market for such shoes is growing, given the soaring costs of Alzheimer's.

"This is a significant milestone for both companies and while the $604 billion worldwide cost of dementia has become and will continue to be a significant fiscal challenge, the under $300 GPS enabled shoes will ease the enormous physical and emotional burden borne by Alzheimer's victims, caregivers and their geographically distant family members," said Patrick Bertagna, chief executive of GTX Corp.

Professor Carle said the original idea was to develop the shoes for children and long-distance runners but the makers changed the plan when he offered his advice, noting that the devices can also help ease a lot of anxiety about seniors who want to remain active.