Aim is a genetic database 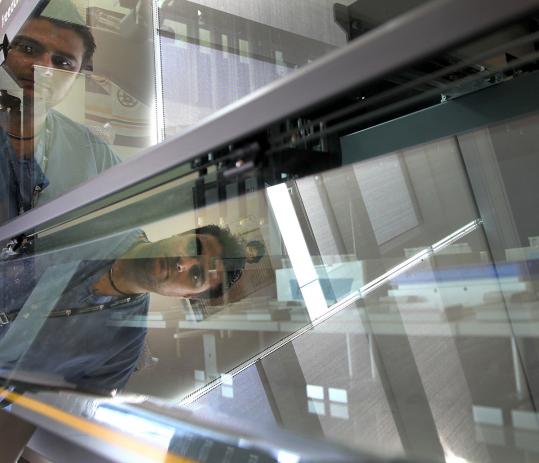 Dana-Farber Cancer Institute and Brigham and Women’s Hospital have launched a massive study to test cancer patients’ tumors for hundreds of genetic aberrations in an effort to build a more comprehensive understanding of the underpinnings of cancer and how to tailor patients’ treatment.

The goal of the research is to construct a large, cancer-specific database analogous to ones created by large, long-running studies that have provided important insights into the causes of heart disease and other illnesses, such as the Nurses’ Health Study and Framingham Heart Study.

The program, which is voluntary, will link data from patients’ electronic health records to information about the genetic profile of their tumors, creating a searchable database that could help physicians better target existing treatments, design new clinical trials, and identify additional leads in how to treat cancer.

Testing for genetic mutations is already common for some cancers, where knowing if a tumor carries a particular genetic defect is crucial for selecting the best treatment. The new program aims to build a larger base of knowledge by testing for a larger panel of genes and expanding the tests by offering them to all patients - even those whose cancers aren’t yet known to benefit.

Leaders of the study, which will eventually be extended to Children’s Hospital Boston cancer patients, predict they will recruit 10,000 patients a year, each of whom must give permission for leftover tumor tissue collected during treatment to be analyzed for nearly 500 mutations on 41 genes linked to cancer.

Dana-Farber is contributing $35 million and the Brigham about $8 million, to pay for lab equipment, testing supplies, personnel, and other costs during the first five years of the study.

Scientists emphasized that while early results may help improve the care of some patients in the short term, the real benefit of the initiative will come from research. Clinicians will have a powerful tool to devise new clinical trials that, for example, could rapidly recruit patients with tumors in different organs that share a common genetic weakness.

“To me it’s really going to turn out . . . to be an enormous discovery tool for us,’’ said Dr. Philip Kantoff, chief clinical research officer at Dana-Farber.

What sets apart the Dana-Farber and Brigham collaboration from similar efforts is the focus on creating a research database, and its combining the deep patient information available within the hospital system with the large number of gene mutations that will be analyzed. Researchers are intentionally gathering more information than is immediately useful in the clinic.

Similar personalized medicine efforts have begun paying off elsewhere. In 2009, the Massachusetts General Hospital began scanning patients’ tumors for a panel of genes, with the goal of helping guide treatment or pave the way for new clinical trials. About 160 mutations on 15 genes are now tested, and the hospital has so far scanned the tumor tissue of more than 3,000 patients. The hospital analyzes about 50 to 60 new patient samples each week, according to Dr. Leif Ellisen, co-executive director of the translational research laboratory at the Mass. General Cancer Center.

The results, he said, are helping the hospital identify the best treatments for patients and design new clinical trials.

Data presented at the annual conference of the American Society of Clinical Oncology in June demonstrated the treatment benefits of cancer therapy personalized through analysis of genetic mutations. The study, an early stage trial from the University of Texas M.D. Anderson Cancer Center, found that the response rate - the percentage of tumors that shrank - in a group of patients who were matched through genetic testing to clinical trials of targeted drug therapies was 27 percent. That compared to just 5 percent among those patients who weren’t genetically matched to treatment.

“Essentially, it’s a combination of trying to influence the practice of medicine, but also trying to learn,’’ DePinho said. “I think it’s a brilliant strategy - one that has really been thought through.’’

He added that every major cancer center has been implementing a program to analyze the genes of cancer patients, and that MD Anderson is moving toward broad genetic analysis of all new patients’ tumors.

Dr. Barrett Rollins, chief scientific officer at Dana-Farber, gave an example of how unexpected discoveries might be made from the new database, drawing on his own recent research into a rare disease called Langerhans cell histiocytosis. When Rollins did the type of genetic analysis that will now be offered to every cancer patient on stored samples of former patients with the disease, he was surprised to see a subset of them carried a mutation in a gene called BRAF - a mutation also found in melanoma and for which there is already a drug. It suggests an immediate path, he said, for a clinical trial.

At the Brigham, where the analysis of the tumor samples will take place, new staff members have been hired and protocols set up in order to rapidly process the anticipated load of samples.

Dr. Janina Longtine, director of molecular diagnostics at the Brigham, said that her laboratory, which typically analyzes about 12,000 tests a year, will now be dealing with an additional 10,000.