It’s not easy being vegan

In theory, it’s all about health and kindness and ecology, but how many of us can actually commit to soy milk and tofu? 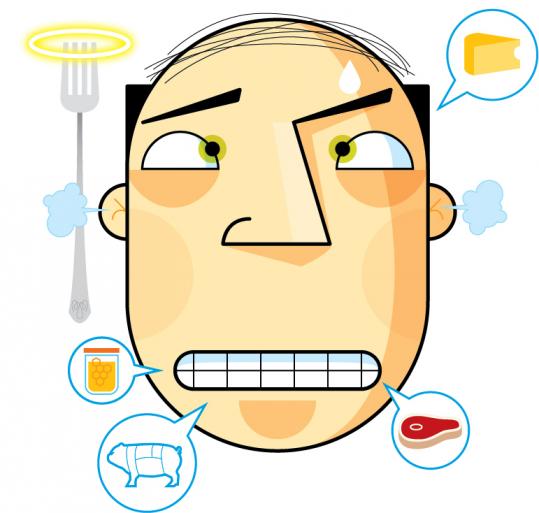 Lily Ko wants to go vegan, but please don’t push her to explain why. “I like to tell myself I care about animals,’’ Ko, 26, said on her maiden trip to Peace o’ Pie, a gourmet vegan pizza restaurant in Allston. “But I don’t know if I actually do yet.’’

Here’s what Ko, a research assistant from Quincy, does know: Eating meat is bad for the environment.

“But I don’t know where I got that from,’’ she said, looking at her boyfriend for backup. “Fast Food Nation’’? he suggested, naming the 2001 best-selling takedown of the fast food industry. “Health is a pretty big thing,’’ she added confidently, although a minute later, she turned wistful. “The other way is a lot more convenient. McDonald’s is open 24/7.’’

It’s too soon to declare that America is having a vegan moment. After all, a scant 1.5 percent of the population is vegetarian, at most, according to food researcher Harry Balzer, a senior vice president of the NPD Group, a market research company. And the number of vegetarians who take the no animal flesh diet that much further by shunning dairy and eggs, and sometimes honey or refined sugar, is simply too small to count, he said.

Ellen DeGeneres is a vegan, so are Natalie Portman (although she gave it up during her recent pregnancy), Bob Harper, the trainer on “The Biggest Loser,’’ and, rumor has it, even Alec Baldwin (yes, you can be a chubby vegan). In Boston, new vegan or vegan-vegetarian restaurants have opened in the past few years. There’s True Bistro and Pulse Cafe, both in Somerville, Red Lentil in Watertown, and Veggie Galaxy in Cambridge’s Central Square. Even non-vegetarian restaurants are starting to label some items “vegan.’’ A local image consultant, Ginger Burr, has added “vegan consultant’’ to her resume, and she hosts a monthly Internet vegan radio show, “Vegan and the Living Is Easy.’’ (The August guest was a vegan bodybuilder).

In perhaps the ultimate signs that veganism has arrived, there are vegan Groupons and vegan jokes on Twitter. “How to comfort a vegan after a breakup,’’ a recent tweet read. “Don’t worry, there’s more kelp in the sea.’’

With studies showing that eating a plant-based diet can lower cholesterol and reduce the risk of cancer, diabetes, and heart disease, veganism is starting to appeal to people who don’t care about the environment or how cows are treated. But aspiring to be vegan is one thing; sitting down to a meal of Buffalo tofu bites, barbecued seitan, and seared kale is another.

It’s no wonder that some people who are passionate about vegan issues have started calling themselves vegans without actually giving up some beloved foods.

“In my heart, I’m a vegan,’’ said Kim Hyder, an animal rights activist from Lowell. Alas, in her dietary choices, she’s a vegetarian, a distinction that was pounced upon by actual vegans who were so critical - one un-friended Hyder on Facebook - that she was essentially forced to issue a clarification. “I’m veganesque.’’

But most alleged vegans are not confronted, not even when they go to a restaurant, tell the waiter they are vegan, and then cheerfully order dishes containing cheese or milk or butter. “It’s not our place to educate a diner who’s taken a stance on something,’’ said Orla LaScola, co-owner of American Seasons, on Nantucket. “Our job is to give them what they want.’’

What many want, of course, is easy veganism, something that’s not possible if you want to get enough protein, iron, and other nutrients. Even those not depressed by the thought of soy milk in their morning coffee say they are daunted.

“I’m too lazy to be a vegan,’’ said Andrea Koleva, 24, a bartender - and a vegetarian - as she and a lactose-intolerant friend checked out Peace o’ Pie’s menu on a recent evening.

Going vegan is a big challenge, of course, but staying vegan is, too. Robert Reid, owner of the Organic Garden Cafe, in Beverly, often hears the confessions of lapsed vegans. “I ate cheese,’’ they tell him.

Many people adopt a vegan diet in an attempt to be kind to the earth and to animals, but people are not always so kind to vegans. “Some people, because they think they can’t do it, try to bring you down,’’ said Kevin Harrell, the manager of Peace o’ Pie. “They make little snide comments, like, ‘We’re making cheeseburgers tonight, do you want to come over?’ ’’

Consider Tim O’Shea one of the antagonists. He went vegan for two weeks - and chronicled the horrible experience in his monthly Concord Monitor column. The challenge apparently left O’Shea, a human resources director, with little, if any, sympathy for vegans. Particularly two relatives.

“A pain in the [rear end,]’’ is how he describes their visits. “So much of the visit becomes around who’s eating what, and how we’re going to prepare it,’’ he said. “It’s like keeping kosher. You might as well have a separate sink and fridge.’’

If there’s one thing harder than going vegan yourself, O’Shea said, it’s dealing with the guilt from those who have taken the step. “They make you feel like a bad person for having a milkshake.’’

Going vegan is a big challenge, of course, but staying vegan is, too. Robert Reid, owner of the Organic Garden Cafe, in Beverly, often hears the confessions of lapsed vegans. ‘I ate cheese,’ they tell him.

Do you need a flu shot this year? Will you get one? What you need to know about the flu shot.