Air pollution and its effects on heart attack risk 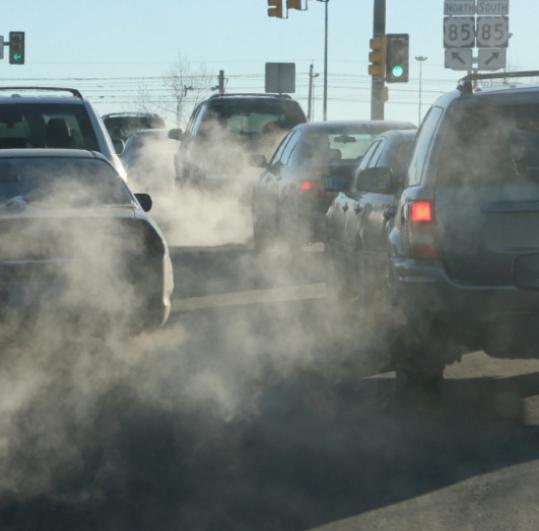 In an effort to better understand heart disease, researchers like to draw up lists of things linked to an uptick in heart attack rates: earthquakes, heavy meals, outdoor temperatures, participation in war, and, my personal favorite, suffering a favorite team’s loss in the Super Bowl. Traffic and air pollution are also on the list, but it turns out they contribute in a much more significant way to heart attack rates than many other things.

“The important message here is that while an individual’s risk from air pollution is moderate or small, each of us is exposed, making the amount of risk intolerable for the entire community,’’ says Dr. Andrea Baccarelli, an associate professor of environmental health at the Harvard School of Public Health, who wrote an editorial that accompanied the study.

The Lancet study found that traffic exposure accounted for the highest percentage of heart attacks — more than 7 percent — followed by extreme physical exertion, excess alcohol use, coffee, and a depressed mood. The Belgian researchers, however, couldn’t tease out whether it was the frustration of sitting in traffic that contributed to heart attack risk or the exposure to air pollutants.

Air pollutants may contribute to heart attack risk by promoting inflammation and increasing blood clotting, says Baccarelli. These are both processes involved in the formation of unstable artery plaque, often involved in heart attacks. Air pollutants also appear to attach to lung cell receptors, sending a signal to the heart that the body is in trouble.

“Studies have shown that people experience changes in heart rate on days when air quality is low,’’ Baccarelli adds. Those particularly susceptible to the heart-damaging effects of pollution include the elderly, who have weaker hearts, and people who are obese, because they have higher levels of inflammation as well as more strain on their hearts.

To minimize your exposure to air pollutants, Baccarelli recommends trying the following:

1. Stay indoors as much as possible on poor air quality days. It’s a good idea to check the government’s air quality index map on hot summer days and to avoid strenuous outdoor activity on “unhealthy’’ or “hazardous’’ days.

2. Keep windows closed if you live on a busy street or near a highway. In a 2009 study published in the journal Circulation, Baccarelli and his colleagues found that those who lived on a major traffic road had nearly a 50 percent higher risk of developing a vascular condition called deep vein thrombosis than those who lived several blocks away. Previous studies have shown that concentrations of exhaust pollutants decline to insignificant levels beyond 1,200 to 1,500 feet from a clogged roadway. If you do live in a high-traffic area, your best bet is to keep your windows closed as much as possible, especially on poor air quality days, and use the air conditioner, which filters out pollutants pretty effectively, says Baccarelli. You can also consider investing in an air purifier, which also removes contaminants from the air.

4. Avoid exercising outdoors during the morning and evening rush hour. That’s, of course, when car emission levels reach their peak. If you’re biking to and from work during rush hour, try to find a bike path that’s a bit off the busy thoroughfares, if possible. Ditto if you’re walking. You’re still better off being active, even in high traffic areas, than skipping exercise altogether, says Baccarelli, since the health benefits of exercise outweigh the risks of pollution. DEBORAH KOTZ

Two studies published last week in the Journal of the National Cancer Institute underscore the controversies over screening for prostate cancer by measuring a blood marker called prostate specific antigen or PSA. Fewer men, at least in one Northwest health network, are getting screened, and the test was found to be less useful than previously thought for catching early cancer.

In the first study, Seattle researchers found that PSA testing declined moderately in a local VA network since 2008 when the US Preventive Services Task Force — an independent group that makes screening recommendations — advised against routine screening for men over 75. The task force in 2002 stopped recommending that all men be tested and suggested they speak to their doctors about the risks and benefits before making a decision.

Should you worry about getting measles?

Measles has been big news in Boston recently, with several cases either confirmed or suspected in the Back Bay area. Health officials have taken the precaution of holding free measles vaccination clinics for those in the vicinity of St. James Street near the Park Square Building. Should you worry, though, if you weren’t in that area?

Unless you’ve come in contact with an infected person, there’s little reason to be alarmed, says Sagar Nigwekar, an internist at Brigham and Women’s Hospital and author of “5 Questions to Ask Your Doctor.’’ “It’s not enough to just be in the same building,’’ he adds. “You have to come within a few feet of a person who has measles to catch the virus.’’

You also probably don’t need to worry if you were vaccinated against measles as a child. The combination measles-mumps-rubella vaccine is given twice at ages 12 to 15 months and then again at 4 to 6 years of age.

After childhood vaccination, the vast majority of adults will retain their immunity over the rest of their lives, says Nigwekar. And those born before 1957 probably have natural immunity to the virus which was in wide circulation before that time. D.K.

Diabetes exhibit at Museum of Science

We’ve all heard of diabetes — maybe even have it ourselves — but how does it occur and what does it really do to our body? A temporary exhibit that recently opened at the Museum of Science will help you visualize what’s happening beneath your skin and what to do to avoid or better manage diabetes. Produced by the Detroit Science Center with support from the Joslin Diabetes Center, the interactive exhibit takes you through a 40-foot-long blood vessel to see how excess blood sugar does its damage. Video games show just how tough it is to get a new diabetes treatment through the testing pipeline. And, you can even exercise while you’re there on some gym equipment. But don’t expect to get any food from the giant refrigerator on display. It just raps about what you should eat to keep the disease at bay. The exhibit, funded by Harvard Pilgrim HealthCare, runs through April 3. D.K.