THIS STORY HAS BEEN FORMATTED FOR EASY PRINTING
Sunday Supper & More 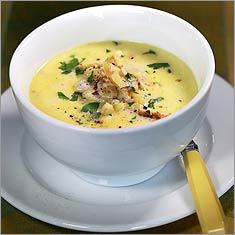 Hake, once called “trash fish,’’ because few people wanted it, may be the last bargain in the seafood case. “Yesterday’s trash fish may be tomorrow’s food fish,’’ says Mark Szymanski, assistant biologist at the Massachusetts Division of Marine Fisheries. Carl Fantasia of New Deal Fish Market in East Cambridge sees a lot of hake when he goes to buy fish at the wholesale houses. “I recommend it quite often to people who are looking for a white, flaky alternative to cod or halibut,’’ says Fantasia. Gavin Egbert, seafood coordinator for the North Atlantic Region for Markets, says that hake has not been ranked by the Blue Ocean Institute, a scientific organization that collects data. No one is really certain whether there are sufficient stocks of this locally caught, sweet, white fish so that you can buy it guilt free. Egbert still considers hake “one of the most value-focused items in the case.’’

All of the popular New England white fish — cod, halibut, haddock, pollock, and hake — are splendid when sauteed, simmered in liquid, even deep-fat fried. Send them into a hot oven, however, and they dry out. To prevent that, wrap pieces of the fish, in this case hake, in prosciutto and roast them on thinly sliced golden potatoes. Give the potatoes a half-hour head start so they’re tender before the fish is placed on top.

The following day, use fish, prosciutto, and potatoes to make a delectably creamy chowder that simmers in minutes. If you’ve seen hake in the markets and wondered what to do with it, you now have two dishes in which it stars. Cue applause.

More recipes
All Sunday Supper & more columns
Your comment is subject to the rules of our Posting Policy
This comment may appear on your public profile. Public Profile FAQ