Strangers at a table 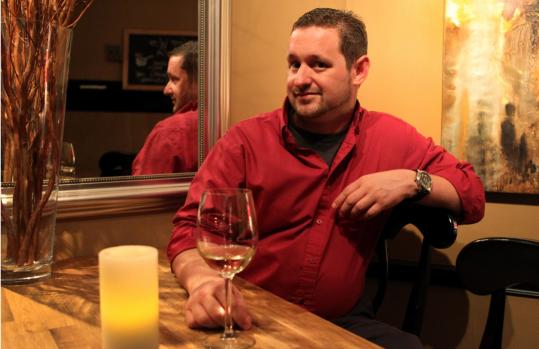 Q. In July you launched Mystery Meet, an event on the second Tuesday of each month. It brings together a group of food-loving strangers for a prix fixe meal at a surprise restaurant. The first one took place at Ten Tables in Cambridge, the second in August at Myers + Chang. Explain how it works.

A. First, you go to mysterymeet.org. There are four ways you can follow. I recommend e-mails or text messages [over Facebook or Twitter], because these events sell out quickly. We start to give clues. People in the know might be able to figure out what the restaurants are. A week before, on the first Tuesday of the month at noon, we open up the tickets. A ticket includes the base price of the meal, tax, and tip. Twenty-four hours ahead of time, we send an e-mail telling where it is. Then you show up and have a good meal.

Q. You’re mainly a social media guy. You started the company New England Social Media to help clients make the most of Twitter, Facebook, and the like, and you work with social media at the Burlington firm Linkage. Why food?

A. I have a background in the entertainment and hospitality arena. I worked in radio for 14 years, at places like WBCN and WBRU in Providence. Then I started my own event company. We did gong shows, bartending competitions, all kinds of stuff. I wanted to continue to have a foot in hospitality. And my girlfriend could talk about food all day long. I love to eat food, but she can talk about it.

A. It’s social. This is not a hand-out-your-business-card type thing. I think that’s part of what makes it work. Broadly speaking, I would say it’s people you expect to be dining out a lot, in their later 20s and early 30s, but we’ve had some older people come as well. The one thing common to all of them is that they’re cutting-edge, adventurous foodies.

Q. It’s not a money-making venture. Do you envision it becoming one? How else might it evolve?

A. I didn’t really set out to do that, but reaction has been so overwhelmingly positive, I would be open to taking it in that direction. I would like to start it in other cities. As we move forward, I think the element of mystery will revolve around more than just the location. I don’t know how to describe it without giving it away.

Q. The August event sold out in less than three hours. Why do you think Mystery Meet has struck a chord?

A. Social media facilitates relationships, but it’s not a substitute. It’s great people talk to each other over Twitter, but it still really is about coming together and face-to-face interactions.

A. I have too many meals in front of the TV or computer. There was a time when a meal was really a communal, shared experience. It certainly was for me growing up. At dinner, my family all got together and talked about our day. We’ve gotten so busy, meals have lost some of that aspect. It’s nice to bring that back in a way.

MYSTERY MEET The next one takes place Sept. 14, somewhere in Cambridge. Tickets are $40 and go on sale Sept. 7. For more information, go to www.mysterymeet.org.