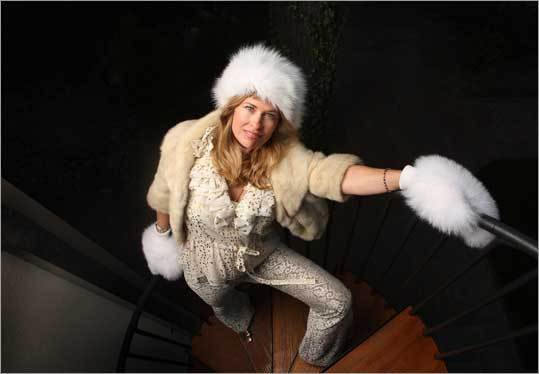 Occupation: Russian teacher, head of the world languages department at Buckingham Browne & Nichols; vice chairwoman of the board of overseers at Boston Lyric Opera

Stylistically, what are some of the differences between the Russian and English languages? In English we use “I’’ a lot, but the Russian population tends to undermine the “I.’’ They don’t say “My name is,’’ they say “They call me.’’ It’s not “I am 15,’’ but “To me there are 15 years.’’ They don’t even use the verb “to have,’’ unless you mean specifically “to possess.’’ They tend to undermine the individual, the self. I think it has to do a lot with Russian history.

Why opera? All of a sudden it dawned on me that it is really the fusion of all the arts. It seemed very practical. I thought, “Wow, I can get language, dance, costume, literature, music, all at once!’’ And that’s a very efficient use of my time. I love Russian literature, and much of Russian literature has been turned into opera, even “War and Peace.’’ I love history, also, and you get a lot of it in opera. It’s such a feast for the eyes, so why not show your appreciation by putting on your best dress?

Speaking of, how have your cultural studies influenced your style?

I like to dress how I feel, and I feel, usually, that life is happy, and that’s illustrated by color. I probably have some influence of Russian style, history, and literature. And I’ve seen it in the style on Fifth Avenue, in the top boutiques, a little bit of the Russian folk style and military style has affected things. We have dress-ups in the classroom, involving Russian hats. They’re really warm, and I do get cold easily, so it’s wonderful to have the warmth of that Northern style also.