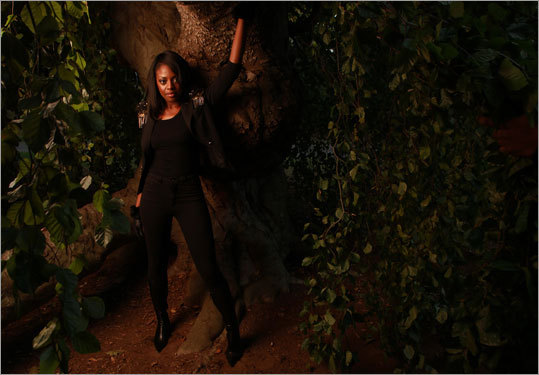 What does the “T’’ in your name stand for, and when did you start using it? The “T’’ stands for Tashanea (Tah-shaw-nee’). The reason I shortened my professional name to just “T’’ is because people are always butchering my name. I’ve been called everything from Tahshawna, Tahshawnia. It became exhausting always making the correction, and T just worked better. Also, it’s ambiguous, it’s nongender associated. So you have no idea if it’s a male or female and I enjoy a little element of surprise.

What do you hope to be doing in five years? In the next five years I plan on being a household name by being a lead correspondent on E! Entertainment or similar entertainment show. I also plan on pursuing my acting endeavors as well, having acted in the movie “Business Is War,’’ directed by the late Kemal Gordon, which did extremely well at the film festivals. I just completed a cable pilot called “Antique Warriors,’’ which received a write-up in The New York Times.