Why the label "activist judge" doesn’t apply to me. 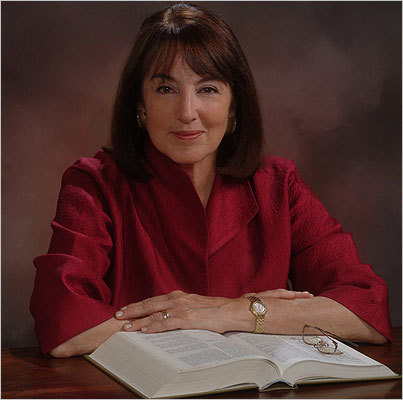 Last week, Beacon Press published my memoir, In Defense of Women: Memoirs of an Unrepentant Advocate, in which I describe my career as a civil rights and criminal defense lawyer. The book opens with the 1975 trial of Susan Saxe, an antiwar activist charged with robbery and murder when she was 25 and I was 29. It ends some 20 years later, when, at 48, I was sworn in as a federal District Court judge. As a lawyer, I was proud to be a passionate advocate for justice. But while my advocacy ended in 1994, my passion for justice did not.

My appointment to the bench surely surprised some. They questioned whether I could truly be neutral. The fact is, we don’t expect judges to be like Watson on Jeopardy!, the computer with all the right answers and no heart. We want them to struggle with their biases. I had an easier time than many: I knew exactly what I believed, but also exactly where advocacy ended and the job of judging began.

I have written several hundred opinions over the years – frequently when none was required. I wrote to explain my decisions to the public I felt privileged to serve, taking pains not to hide behind legalese. I wrote even when I was compelled by the law to do something with which I disagreed. I wrote precisely because I wanted to make certain that my years as an advocate would not improperly affect my judging or the perception of its legitimacy. (In fact, many of the standards I outlined, particularly in regards to sentencing, are now the law of the land.)

Of course, the seeds of my judging can be found in the pages of In Defense of Women. I cherish living in a country where citizens have a place to go to enforce their rights. I write about Teresa Contardo, powerless against sex discrimination in the old boys’ club of a brokerage firm, whom I helped become powerful in a court of law. I describe how the trial of Lisa Grimshaw, accused of killing her husband, told the story of the murder, but also, with extraordinary effort, the story of her abuse. And I write about how much work it took for Susan Saxe to have anything resembling a level playing field in the post-Vietnam War period.

Yet I also saw how easily fairness could be derailed. The judge in a highly publicized murder trial met regularly with the prosecutor, against all the ethical rules. Sometimes unequal resources made the system deaf to the voices of my clients – so I worked for free. Some judges were hostile to claims about civil rights, especially when a young woman was making them – so I worked harder, appealed their decisions, and even sued them.

How did this experience affect my judging? I care deeply about listening to all claims, no matter how complex or novel or small. I care deeply about equal access to the courtroom and about ensuring that mine reflects the weighty promise of our nation’s founding. I search under layers of rigid rules and formulas for the just outcome. But sometimes – sadly, too often – I have been forced to conclude that I could not do what I thought was fair: A statute or higher court decision precluded it.

I had been an activist lawyer, but am I an activist judge? Hardly. Judges are labeled “activist” only when the speaker disagrees with a case’s outcome. Otherwise, the judge is “fair and meticulous.” The same people who oppose criminal defense advocates for the bench don’t question the qualifications of lifelong prosecutors.

The pernicious activist debate robs a judge’s work of its legitimacy and reduces complex decisions to a sound bite. Even worse, fear of the label too often leads judges to avoid making substantive decisions – they instead push the parties to settle (or dismiss the case on a technicality) and, at all costs, avoid publishing an opinion. You won’t be appealed, and, better yet, you won’t be criticized.

In truth, most of my job is not about constitutional interpretation and grand principles – the usual fare of the activist debate – it is about people, big and small, powerful and not. It is about the thousands of small decisions I make that open the court’s doors or slam them shut.

One example: A man was injured while using a saw. He sued the manufacturer and won. The manufacturer appealed, the jury’s verdict was reversed, and the new trial was assigned to me. But between the appeals court decision and the reassignment, the man died and his lawyer missed a deadline for substituting his estate as the plaintiff. My clerk said I had the discretion to dismiss the case; lowering my caseload numbers would look good in Washington, D.C. But I also could allow the case to proceed. Then my clerk added, “Justice in the world says let his family have another trial.” And so I did.

Judge Nancy Gertner, author of In Defense of Women, will step down from the bench in September. Send comments to magazine@globe.com.