Nanobots don’t yet scrub clogged arteries, but nano-particles are improving many ordinary products 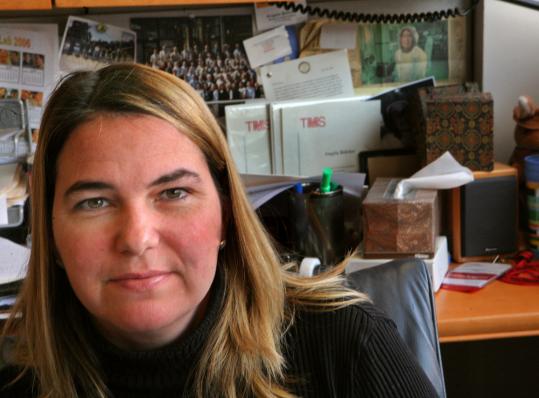 CAMBRIDGE - Long the stuff of hype and occasional hysteria, nanotechnology is quietly merging into modern life, its minuscule particles infused in an array of products, ranging from stink-proof socks to life-saving cancer medications.

The technology today underlies some $200 billion worth of workaday items, some prescribed by doctors but most sold directly off retail shelves. From a gleam in the eye of a few far-seeing scientists, nanotech has leapt with little fanfare to shopping centers and workplaces.

“It’s not yet a mainstream technology, but it’s becoming one,’’ said Michael Holman, research director for Lux Research, a Boston firm that analyzes budding technologies.

Holman reckons that by the middle of the next decade “nanotech will touch $3.1 trillion worth of products’’ worldwide. By and large, “nano-particles’’ will be used to make existing products tougher, more flexible, or more energy-efficient - faster computer processors, more moldable plastics, sprayable films able to act as solar collectors - rather than to create entirely new entities, at least at the outset.

But analysts and scientists say extraordinary new devices and techniques are not far off, especially in the realms of medical treatment, power sources, and consumer electronics. Picture cellphones so thin and flexible they can be worn as neck scarves. Imagine assembly lines “staffed’’ by viruses. Think of concrete produced with just a fraction of today’s pollutants (concrete production is a major emitter of greenhouse gases), but able to endure for thousands of years.

Nanotechnology takes its name from the nanometer, equal to one-billionth of a meter. That’s bigger than atoms or simple molecules, but still so tiny that many materials behave differently than they do at the scales previously standard for most chemical, biological, and electronics engineering.

Nanoparticles of gold, for example, absorb light and convert it into heat with a precision that would be impossible using ordinary flakes of the precious metal. Other materials that possess only ho-hum electronic properties at normal size zip current right along at teensy scales. And some materials that seem smooth in their normal state become highly sticky when nano-engineered.

With scores of research labs and cutting-edge commercial ventures in New England developing products, nano seems headed to become a potent economic force in the region, as well as a transformative technology.

For now, though, most nano-products are almost numbingly prosaic: stickier dental adhesive, mildew-resistant paint, and stain-proof khakis. Plus a handful of pharmaceuticals whose nano-properties make them somewhat more effective than standard treatments, but hardly wonder drugs.

“These early nano-products may seem rather mundane, even a letdown,’’ said Andrew Maynard, chief science adviser to the Project on Emerging Nanotechnologies at the Woodrow Wilson International Center, a Washington think tank.

“Instead of nanobots, we got sunscreens,’’ Maynard wryly noted, referring to new lotions containing nanoparticles able to deflect the most damaging wavelengths of sunlight. “Nano’s development is proving more evolutionary than revolutionary. The cool stuff is still in the labs. But some incredible medicines and [micro-engineered] electronics are getting closer to reality.’’

For example, cancer-fighting “nanoshells’’ - orbs of gold and glass so tiny that thousands could fit on a pencil’s dot - engineered by Rice University’s Naomi Halas seem poised for prime time. The shells, coated with antibodies to hunt out specific cancers, are dispersed inside the body and attach themselves to tumors. Then near-infrared light is beamed through skin and organs onto the shells, heating the gold and destroying the tumors without hurting healthy tissue.

“This is a radically different way of treating cancer that could displace surgery and conventional radiation therapy,’’ said research analyst Holman.

At the Massachusetts Institute of Technology, a chemical engineering professor, Robert S. Langer, is overseeing research into a device called “pharmacy on a chip,’’ silicon slivers drilled with infinitesimal wells filled with drugs. Floating in the bloodstream, the chips can theoretically be programmed to release medicine at precisely the right location - a narrowing portion of an artery, for example - for maximum effect.

“In medicine, delivery is critical,’’ Langer said. “This is one feasible nano approach to putting the right medicine exactly on target.’’

On another nano front, MIT materials engineer Angela Belcher applied a longtime fascination with abalone mollusks - which extract dissolved chemicals from water to manufacture their fabulously pearly shells - to “train’’ viruses to assemble batteries. The genetically altered viruses, which are harmless to humans, pull ions from a solution to form both the positive- and negative-charged ends of a lithium-ion battery.

“There, you see,’’ said Belcher, flipping a switch that illuminated a small light bulb powered by such a nano-constructed battery. “It works.’’

Belcher’s batteries are unlikely to juice anything bigger than a pacemaker. But other nano researchers are focusing on much mightier batteries because tiny-scale technology seems the most likely route toward creating long-lived, lightweight fuel cells. President Obama has made replacement of fossil fuels in cars a priority of his administration; this month the federal government handed out more than $2 billion in energy grants to boost battery research. Massachusetts nano-battery designer A123 Systems received a $249 million slice of the largesse.

“The next generation of batteries will only do what they are supposed to do if they are engineered at nano scales,’’ said the Wilson Center’s Maynard. That’s partly because the greater surface area of multiple nano particles can both discharge power and absorb fresh energy far more efficiently than conventional materials.

Environmentalists and other activists complain that nanotechnology is so diverse and poorly understood that it is slipping under the radar of regulators - teensy materials, they warn, could pose big dangers to humans and ecosystems.

“There is concern about toxicity and mobility,’’ said Richard Denison, senior scientist with the Environmental Defense Fund.

For example, studies in mice have suggested that so-called carbon nanotubes - tiny cylinders of carbons with extraordinary electrical and structural properties - might also have an asbestos-like ability to penetrate tissue and trigger disease. In British research last year, mice injected with nanotubes developed lesions similar to those that appear in human lungs after persistent exposure to asbestos.

Analysts note that every new technology poses fresh dangers, and that even infamously toxic materials, like asbestos, may never have become such scourges had they been handled more carefully.

Check out these cool tech items for back to school.
Your comment is subject to the rules of our Posting Policy
This comment may appear on your public profile. Public Profile FAQ