Microsoft to link with Netflix 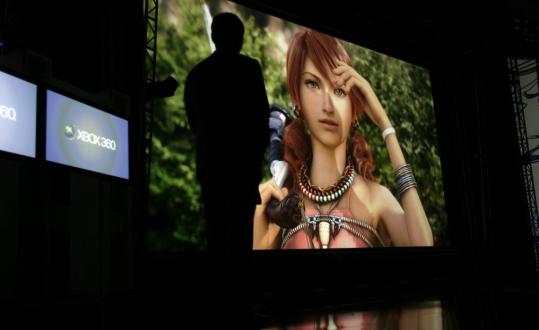 The accord, revealed at the E3 video game conference in Los Angeles yesterday, allows customers of Microsoft's Xbox Live Gold service who sign up for Netflix to instantly watch movies and TV programs on their TV sets.

Netflix, with 8.2 million customers, already delivers movies to computers over the Internet. In May, the Los Gatos, Calif., company began streaming films to TVs equipped with a $99 converter box from Roku Inc. Netflix hopes delivering movies to TVs will help it grow to 20 million users, chief executive Reed Hastings told analysts on May 27.

"It's a totally different proposition, so it's quite important," said Paul Jackson, a Forrester Research Inc. analyst in London. "In the future, everything is going to downloads. It's ludicrously inefficient to ship all those silver disks."

In an interview, Hastings said Netflix is working on deals to embed its movie-streaming software in devices from three major consumer-electronics companies. The company invested $40 million last year to support the TV service, which Hastings said will add to profit beginning in 2010.

"We're definitely building up a big head of steam, 2008 and 2009 are the strategic investment years. By 2010 we'll be able to maximize revenue and profits," Hastings said.

Fewer movies are available online or on demand through viewers' televisions. Netflix has Internet rights to 10,000 movies, compared with more than 100,000 available on DVD, according to the company's website. On-demand TV service is included in Netflix plans costing $8.99 to $23.99 a month.