A Globe review of the National Highway Traffic Safety Administration's database revealed at least seven fatal accidents involving New England drivers in which the possibility of unintended acceleration has been raised by family members. The accidents resulted in 10 deaths. These are the cases:
-  E-mail to a friend

Crash details: Cafua was getting on the the interstate at 5:30 am when her Camry shot across three lanes of traffic and was broadsided by another car. The accident confounded family members, who called Cafua a good driver and said her route to work was one she obviously knew well. A family lawyer filed a complaint with the National Highway Traffic Safety Administration, or NHTSA, stating, "It is believed that the Camry experienced an un-commanded acceleration." The accident left Cafua in a coma for several months before she died. While she lay in the hospital, son David said, he read a newspaper article about problems with Toyota vehicles and began to suspect that the car might have been at fault in the accident. "I can't see my mother losing control with the car," David Cafua said. "It kind of makes sense if the car wouldn't stop." 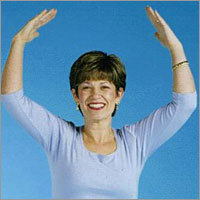 Police report on the crash
Audio

Camry shoots back into pedestrian

Crash details: Rubin had just finished eating at 3G's Gourmet Deli and Restaurant and was pulling out of his parking space when his Camry "shot back," according to son-in-law Marvin Cohen, killing Malick, who was standing in the parking lot. Family members described Rubin, then 87, as sensible driver despite his age. Cohen reported Rubin's accident to NHTSA as a possible case of sudden unintended acceleration because, based on Rubin's driving habits, "I could not believe it was his fault." After the accident, Rubin, a retired kosher caterer who died in April 2008, had his car shipped back to Massachusetts. Too afraid to drive the vehicle, he traded it in for another Camry. NHTSA is investigating the accident, and has been in touch with Cohen.

(Photo courtesy the Cohen family) Leonard Rubin was involved in an accident that killed a pedestrian in Florida.
Graphic 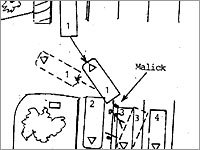 Crash details: Police told Barbara Green her son died after drinking four beers and crashing his speeding Solara. But she says Ignatowicz had a reputation for never letting any of his loved ones drive drunk. So when she heard that Toyota drivers were reporting that their cars could suddenly accelerate, Green said, "My heart stopped. I knew that that's what had happened." Green reported the accident to NHTSA, saying that her son's Solara "went into full speed" and hit some trees at close to 100 miles an hour. A crash report from New Britain police stated that his blood alcohol content was nearly twice the legal limit. Green said she doubts the investigation's results, especially after seeing a statement from one of her son's friends in the police report, saying that the nearly 7-foot-tall Ignatowicz "appeared completely capable of safely operating his vehicle." She intends to fight to clear her son's name. "I kind of feel that I owe him that -- to his memory," she said. 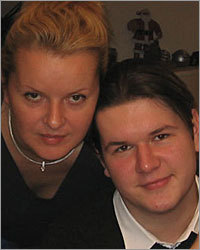 Police report of the crash
Audio

Crash details: Moore was just minutes from home on a sunny summer evening last July when her Corolla collided head-on with a motorcycle, killing rider Retzler, TV news accounts showed. A witness said Moore was driving "fairly fast" even though she was in a residential area and approaching a traffic light where she needed to turn, according to a complaint filed with NHTSA by Moore's father, Alan, last month. He said his daughter had previously complained about the car's steering. News reports from media in West Springfield painted a different picture, reporting at the time that police charged Moore with motor vehicle homicide and driving under the influence. Moore is being tried in Springfield District Court.

Crash details: Lagakos, a Harvard professor; his wife, Regina; and his mother, Helen - who was celebrating her 94th birthday - were driving in Peterborough near their family summer home in Rindge around 11:30 a.m. Lagakos was headed north when his Highlander passed a vehicle on the right by driving in the breakdown lane. The Highlander ultimately crossed the center line as it was coming around a curve, and collided head-on with a rented Chevrolet Krause was driving. The sport utility vehicle may have reached speeds of at least 85 miles per hour before the crash, according to police. All four people died. 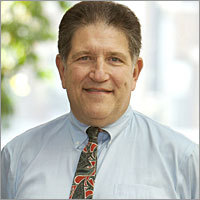 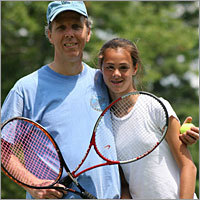 (Courtesy the Krause Family) Stephen Krause (left) with daughter Kerry, one of his four children.
Document

Crash details: Mele faces charges, including motor vehicle homicide while operating under the influence, for being behind the wheel when his Toyota Scion struck a guardrail and rolled into a median, killing passenger and best friend, Palmer. According to documents filed in Norfolk Superior Court, the two were driving home to Mendon after spending the afternoon on the Cape, painting an apartment, and later, drinking with friends. Those friends argued that Mele was too drunk and shouldn't get behind the wheel, and later told police that Mele drove irresponsibly leading up the crash. Mele has told his lawyer, Chris LoConto, that the car was on cruise control at 70 m.p.h., and that he doesn't remember the crash. Mele's parents filed a report with NHTSA, questioning the cause of Mele's crash. "The idea behind making the complaint is, it's not necessarily the kid's fault. The government needs to look into this," Loconto said.

Injured or killed: One dead

Crash details: An unknown woman died when her Rav4 "suddenly veered left and accelerated" into a tree, according to a complaint filed with NHTSA by a relative of the woman. The complaint went on to say that a witness stated that the woman was "driving normally" before the accident occurred. The Globe could confirm no other details.