For-profit Steward must hold them for at least 5 years 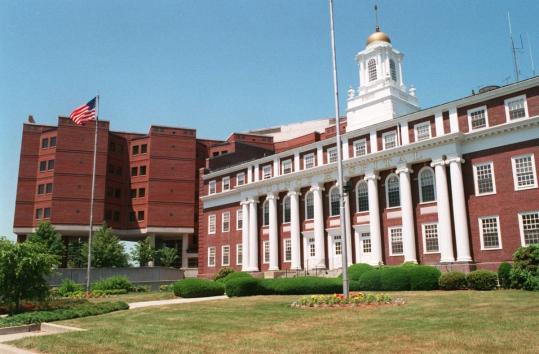 Steward has agreed to pay off up to $38 million of Quincy Medical Center’s debt while paying for upgrades. (Boston Globe/File 1995)
By Robert Weisman Globe Staff / September 8, 2011

But Coakley imposed multiple conditions on the deal that are meant to safeguard patients and employees of the financially struggling hospitals. They included a guarantee that Boston-based Steward will not sell either one for at least five years, that it will keep making capital improvements after five years, and that it will continue providing in-hospital psychiatric beds and other services of at least the same scope that the Taunton and Quincy hospitals now offer.

If Steward eventually opted to sell the hospitals, potential buyers would be bound by the terms of the conditions, according to the attorney general’s office. Last year, Coakley attached similar conditions to Steward’s acquisition of Caritas Christi Health Care, a chain of six Catholic community hospitals. That deal, like the Morton and Quincy sales, involved the transfer of organizations classified as public charities to an investor-owned business.

In such transactions, the attorney general’s office is required by law to conduct reviews. Its inquiries into the Quincy and Morton deals found, among other things, that “it is impracticable for each hospital to continue its current operations in charitable form’’ and that their sale to Steward is in the public interest.

The Massachusetts Nurses Association, which represents registered nurses at Caritas Christi hospitals, had asked Coakley to delay approving the Quincy and Morton purchases until Steward resolved a dispute with the union about how to structure new pension funds at four Caritas Christi hospitals. That issue is being mediated by the attorney general’s office. But in a statement on Morton and Quincy hospitals yesterday, Coakley’s office made no reference to the matter.

“We understood that the sales were a foregone conclusion, and we supported them,’’ said David Schildmeier, spokesman for the nurses association. “The communities need these hospitals.’’

Earlier this year, Steward agreed to pay off Morton’s debt and make $110 million to $120 million in improvements, and pay off $35 million to $38 million of Quincy’s debt while bankrolling $44 million to $54 million in upgrades. It agreed to a 10-year “no close’’ period for both hospitals, though the deals included clauses that would allow Steward to close the hospitals under certain conditions in the last three years if financial targets aren’t met.

Steward, formed by New York private equity firm Cerberus Capital Management, now must apply to the Massachusetts Supreme Judicial Court for permission to convert Morton to a for-profit hospital under the Steward umbrella. The state’s highest court would also have to approve the transfer of about $2.5 million in Quincy Medical Center’s restricted funds, such as philanthropic donations, to Steward.

The sale of Quincy Hospital’s unrestricted assets would have to be approved by the US Bankruptcy Court where the hospital sought protection from creditors last spring.

A law passed in 2005 prevented the bankruptcy court from transferring assets from Massachusetts public charities without the approval of the state attorney general’s office.

Steward spokesman Chris Murphy said the fast-growing health care company was pleased by Coakley’s move. “It’s an important step in the regulatory process,’’ he said, “and we’re looking forward to potentially adding Quincy and Morton to the Steward system.’’

If the courts approve the sales, the Steward system would grow to 10 community hospitals across Eastern Massachusetts. It has also signed an agreement to buy a hospital in Woonsocket, R.I., and has been scouting for hospitals to buy in other states.