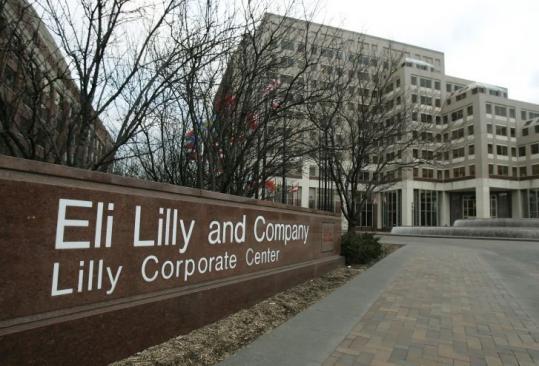 Indianapolis-based Eli Lilly suggested that most of the job cuts it is planning will be made in the United States. (Darron Cummings/ Associated Press/ 2006)
Associated Press / September 15, 2009

The Indianapolis company yesterday said that it will reduce its workforce by nearly 14 percent, to 35,000, by the end of 2011. The new total excludes hiring in high-growth emerging markets and in Japan.

Lilly, hoping to cut annual costs by $1 billion per year, will organize itself into the following units: cancer, diabetes, established markets, emerging markets, and Elanco, its animal health business.

The company said drug development and marketing will be more closely linked. Eli Lilly currently has separate US and global marketing operations for each drug.

The company has won approval for one new drug since 2005, the blood thinner Effient, which reached the market in August. Meanwhile, key Lilly products like the antipsychotic drug Zyprexa will lose patent protection starting in 2011, with three other drugs - antidepressant Cymbalta, Humalog insulin, and cancer drug Gemzar - losing protection in 2013.

The company hopes to make some cuts through retirements and attrition, but could not say how many. It suggested most of the reductions will be in the United States.